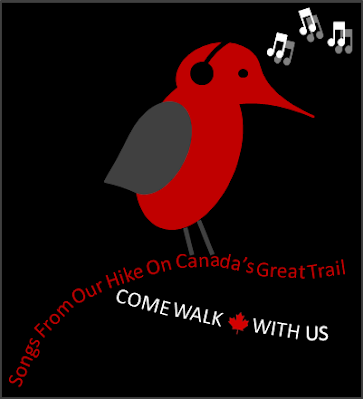 Today we released our “Hiking Songs for The Great Trail in Quebec” soundtrack, which is a list of songs which have inspired us while we trekked across the Maritime regions of Canada and brought us to the shores of the St. Lawrence Seaway!

Complete playlists of these songs, tracks and previous soundtrack postings are available at website 8tracks.com which allow us to upload and organize our hiking music.  From this site you can then listen to each soundtrack that we will release each month on your phone or at home on the internet.

Starting in June 2019 while we announced that hike along The Great Trail we will be releasing a set of songs which have a special meaning for us, which we have heard a lot lately and have come to associate with the regions we have trekked through, are about to hike in, or that someone along the way pointed out to us and it stuck.  Each month we will share a new list of these songs with you by uploading a small tracking listing for your enjoyment.