** This Blog Post has been edited from its original publication in order to emphasize the single fact that we are NOT hiking during the 2021 Covid Pandemic Outbreak in Ontario and Canada.  This is the very point of this entry to note that we do not feel it is repsonsible for us to trek during this time.  In 2021 we have remained either isolated or in quarantine and have NOT gone on The Great Trail.  **

When we set out in 2019 our plan was to present a positive view of the nation, the outdoors, trails and Canada’s wild spaces. The past year has been tough and the critiques have gotten tougher and more draining.  In large part because of the commentary we have spent a great deal of the recent winter months trying to respond while still encouraging and remaining positive.  While you have all been patient with our new topics and supportive in your messages, I also know that the voice we presented was far less than positive. Despite our best efforts, I suspect that we had begun to lose our way…. 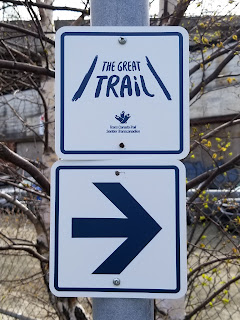 We set out with the hope of returning to the Great Trail several weeks ago to go into quarantine.  We did so before the Covid numbers began to rise again.  At the time and to the location we set out to there were no interprovincial restrictions in place, no requirements to quarantine, stores and shops across the country were again open and in our goal province there waas only a curfew to strictly obey.  At the time every provincial government was encouraging people to get outdoors and stay active responsibly - which was our goal as well.  In other words when we set back out we violated no laws, obeyed all regulations and went beyond the expectations by quarantining. 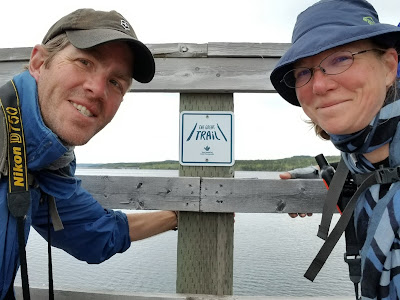 During this period, while we were in quarantine, the number of Covid infections again began to rise staring what is termed the ‘third wave’.  While in quarantine we watched as lockdowns began again and we hoped that things would improve as fewer people interacted.  Unfortunately, according to authorities they haven’t.  Though it is a hard thing to guess given that so much of the world around us both in Ontario and in Quebec is busily moving along and going about life as usual.   On the streets and trails life seems normal.   Construction is going on everywhere.  Grocery stores are packed with customers.  Parks are full of picnickers, pathways are filled with cyclists and walkers, while golf courses are lined up at each tee. It is only when you get near to a WIFI signal, see a TV or hear a news report that fear, crisis, and doom are reintroduced. 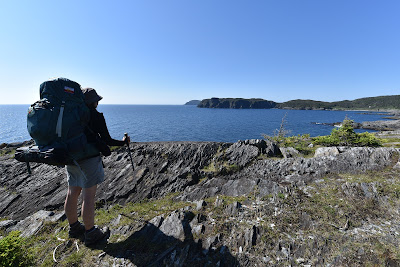 In the past few months one of the hardest things that we have had to deal with has been the rise of ‘group thinking’ in the online world.  When we have not responded quick enough to a comment or world event we have been “listed” and “put on notice” by people to do as they do and say as they say.  When our posts on birds have not taken the form that some wish they have ensured that we are pushed out of birding groups and were no longer able to share about our trek.  And when our gear lists and food considerations were released we were met with criticism for being horrible hikers and bad influences on those new to the outdoors.  Apparently rather than being honest we were supposed to have acted like life coaches promoting the ideal rather than the real.  I however have always favored honesty.

Given the current circumstances of the pandemic certainly some public concern is understandable – we all need to respect social distancing, wear masks, and be extra safe.  However, the fact also is that much of the group thinking online has begun to transform into hysteria, rumor mongering, and little more than bullying.   All  of which is increasingly easy to fall into the trap of while sitting at home for 14 months with little more than our screens to entertain and inform us.  Given this situation it also seems that so many of us are losing touch with what the world is actually like.  Plans are made in accord with the demands of those on social media, ideas are critiqued and noted as true or false based on group thinking, moral proclamations are made in fits of mass hysteria, while neighbors call the authorities on one another over some imagined slight.  Even for things as simple as what we eat when we are on the trail have led to intense email discussions and demanding critiques recently. 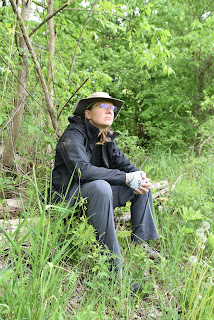 These days it is increasingly hard to know what to do and how to do it because so much so much is presumed without fact and so much is judged on opinion. 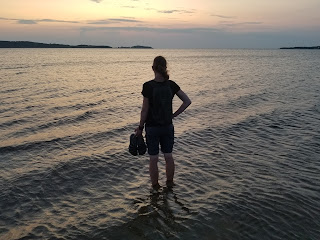 When we set out more than 2 weeks ago to enter quaratine, we did so because it was safe and responsible at the time, and because we wanted to see what the world was like for ourselves without the filter of the online world.  When we set out this year we did NOT break any laws, we did NOT violate interprovincial restrictions, we did NOT break quarantine, and we did NOT violate curfew.  Yet even this was not enough it seems, and so the online world, texts of critique, messages of hate, and emails set on derailing things began again in the extreme.  All of which makes it very hard to enjoy the moment and to present the trail and the country in a positive light.

Tonight after two weeks of quaratine spent striving to navigate the challenges set in front of us and the self doubts woven into us the Ontario Provincial government made the decision for us.  As of April 19th the Ontario-Quebec as well as the Ontario-Manitoba boarders are being sealed and a mandated extension of the lockdown has been authorized.  In Quebec we have been told a further lockdown measures are set to also be imposed.   In other words, as of this announcement tonight, we have no choice but to return to our province of origin.   Our hopes for this year are done. 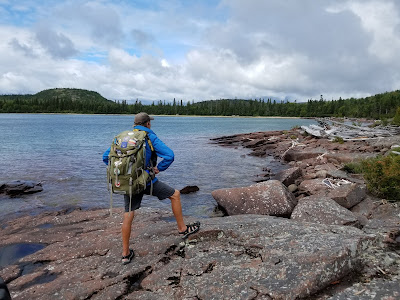 To be very clear, in 2021 we have not walked a single step on The Great Trail during the Covid Pandemic.

In moving forward this trek cannot just be about getting kilometers in and finishing provinces, it has to be about doing so responsibly as well as  enjoying the experience in order to share it in a positive light in order to make the nation appear as it is – naturally beautiful and a wonderful place to be.  At the moment we don't feel that either of these goals are possible.

One phrase has played out in my mind in the past few hours of coming to terms with everything – sometimes the writing is on the wall.  I have come to see that as much as I want to continue hiking and as much as we are running out of time to complete our trek, the reality is that sometimes what we want is just not possible. 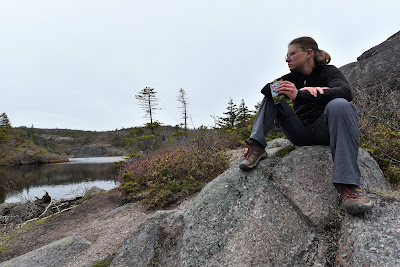 Sadly I cannot say I am surprised at this turn of events given that almost everything since leaving quarantine has indicated that our time on the trail this spring was simply not meant to be.

While sequestered away we had to address concerns raised by a Facebook user who erroneously believed that we were set to violate the Atlantic Bubble by starting the Great Trail this year in St. John’s.  The result was a tense conversation with the RCMP in Newfoundland.  Another follower called the OPP misinforming them that we were moving between regions during the Stay at Home order in Ontario.  While today, a hiker in another province has emailed threatening to call the police in both Quebec and Manitoba (our two possible goals) to ‘make sure we are arrested and imprisoned unless we stop our hike on the Great Trail’.  For what I am not sure, since we have not done anything illegal and we have yet to even try to hike.   But these are the responses and realities we now regularly deal with.

We have also had challenges in simply figureing out where to start.  While in our quarantine in Quebec, our plans where to return to our point of departure in 2019.  However we soon encountered difficulty after difficulty in gaining permission to be allowed to navigate through the Charlevoix region.  It became clear that once we left quarantine, that rather than starting our hike where we had hoped that we would instead we stumbl right out of the block and would be forced to resume trekking out of Quebec City instead - once we left quarantine.

Finally, the results of the non-stop issues and online attacks have taken their toll on both of us, but especially Sean.  He has already had a hard year physically and has not taken the stress of the situation or the emails well.  The fact is that while much of our time in nature is meant to be restorative for him but the responses to our adventures since 2019 are not.  As a result, the effects of the nonstop critiques have begun to show in the extreme on him.

As I said, sometimes the writing is on the wall. 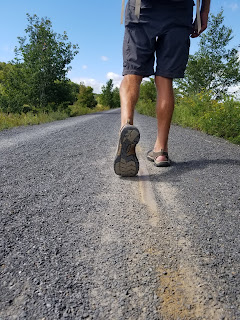 Given the situation and in accord with Government of Ontario’s impending regulations we are accepting that it is no longer possible and no longer responsible for us to even attempt trekking out on the Great Trail at the moment.    We are therefore going directly from quaratine back to our home province having never set foot on the Great Trail in 2021.

As such, we are going to take some time, refocus, and figure out what to do next.

Thank you to everyone for your support and kindness over the past 3 years, we are sorry that we are not not be able to continue on at the moment but hope that with any luck we will be able to venture forward as soon as it is responsible to do so. 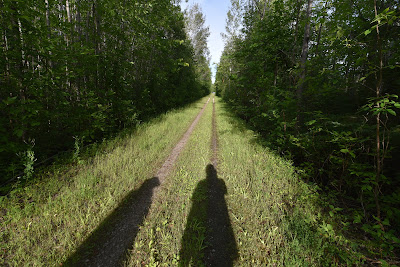