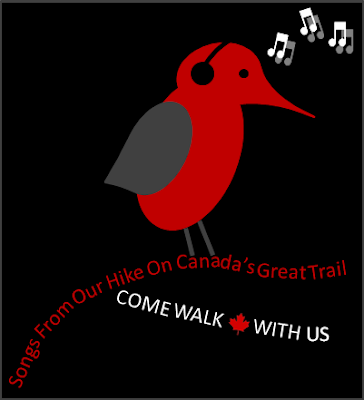 Today we are releasing our “Hiking Songs for the Trans Canada Trail in Manitoba” soundtrack, which is a list of songs which have inspired us while we trekked across the Maritime regions of Canada, Ontario and Eastern Manitoba over the past two years of trekking.

Starting in June 2019 while we announced that hike along The Great Trail / Trans Canada Trail we began releasing a set of songs which have a special meaning for us, which we have heard a lot lately and have come to associate with the regions we have trekked through, are about to hike in, or that someone along the way pointed out to us and it stuck.  Each month we will share a new list of these songs with you by uploading a small tracking listing for your enjoyment.