Today I was informed that I have been nominated for a prestigious Canadian Wildlife Federation's Conservation Award! 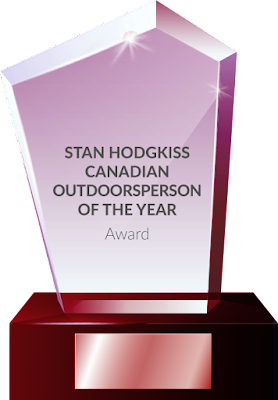 Each year since 1975, the Canadian Outdoorsperson of the Year Award has been presented to an outstanding individual in the field of conservation. The award has since been renamed in honour of the CWF founding president Stan Hodgkiss. Nominees for CWF Conservation Awards have demonstrated an active commitment to conservation in Canada is eligible for this award.

I am deeply honoured and humbled by being nominated and having our 27,000 km trek on the Trans Canada Trail to promote diversity and accessibility to the outdoors which strives to inspire Canadian youth to reconnect to nature through citizen science and birding!