It rained for much of yesterday afternoon, as well as throughout the evening and into the night. We awoke to the high keening calls of a Bald Eagle, followed by much flapping and then loud and angry protests from gulls down on the river. Although we cannot be sure, it is possible the Eagle stole the catch of a gull, as they sometimes do.

When we crawled out of the tent we found overcast skies, a chill wind blowing, and a world still drenched from last night's rain. It felt distinctly like fall. We had camped on the edge of the Murray River, not too far from the town, so we decided to treat ourselves to a real coffee, and hopefully warm up in the process, at a cafe we passed yesterday. 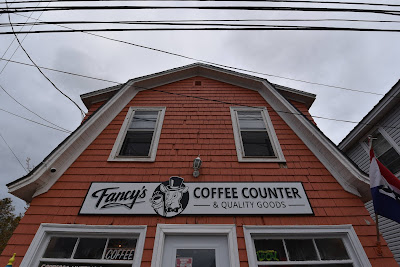 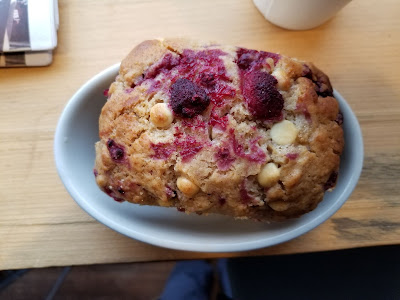 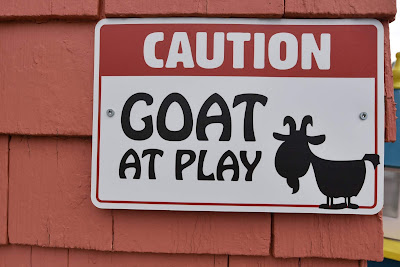 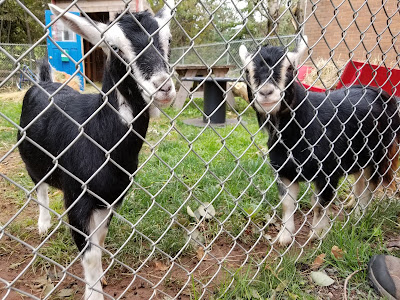 When we reached Fancy's Coffee Counter and Quality Goods we were delighted to find a warm, cozy space filled with the smells of fresh baking and coffee. The coffee and muffins were so good we decided to splurge on second muffins to take with us for lunch.

On the way out we stopped to visit the three very happy, vocal, and spoiled looking goats in the back yard.

We had been planning to finish the section of trail that leads out to Murray Harbour (about 7 km one way), before backtracking and then heading up to Montague. However, it was soon evident that there were so many trees down in that section that we might not have even made to the end and back in one day. So, we decided to head directly up to Montague by walking north up highway 4. 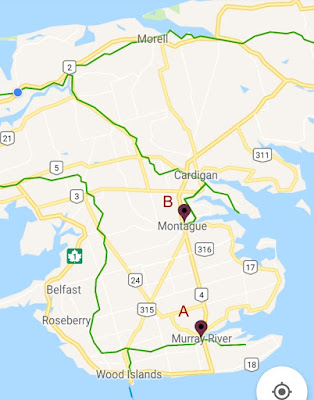 Although road walking is not our favourite thing, it does provide a chance to see more of the landscape apart from the trail. We walked over rolling hills, through forested landscapes, past blond fields with lovely bales of hay, and past beautiful barns. The road was busy, and signs of the ongoing post-storm cleanup where everywhere. We were passed by many utility trucks, and pickups full of tree branches, and there were still downed trees along the roadsides. 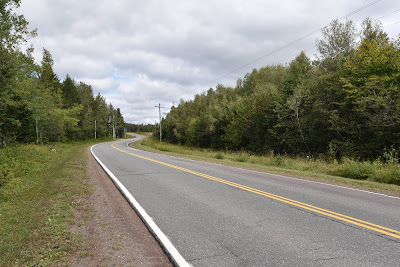 One of the highlights of our walk today was visiting the Harvey Moore Wildlife Centre. Harvey Moore (1916 - 1960) was one of PEI's first naturalists, and bird banding practices for waterfowl that he developed are now used around the continent. He purchased the 46.5 hectare property in 1949 with the goal of providing a safe staging area for migrating waterfowl and a sanctuary for resident wildlife. Today the ponds provide nesting habitat for Canada Geese, Mallards, Northern Pintails, and Black Ducks. Songbirds, grouse, herons, owls,and various Raptors can also be seen on the property. Visitors can walk around the pond on a beautiful trail and boardwalk, enjoying the views, wildlife, and interpretive signs. 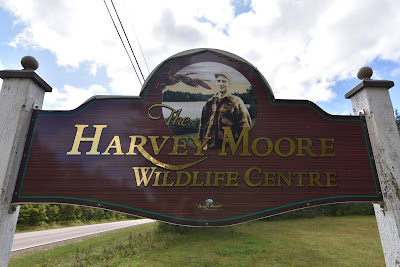 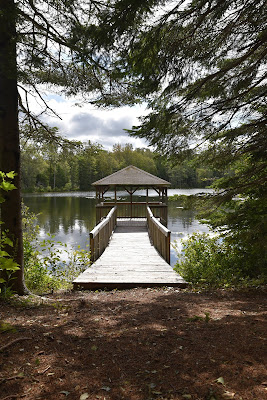 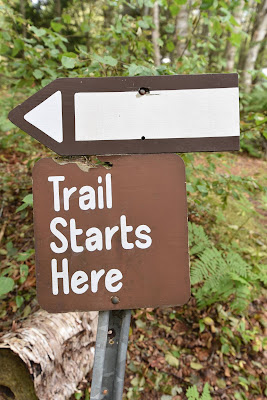 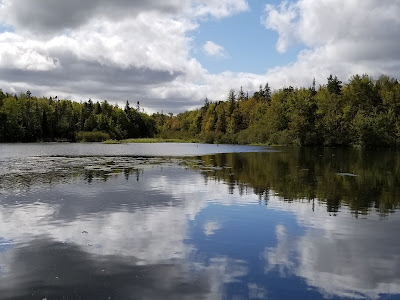 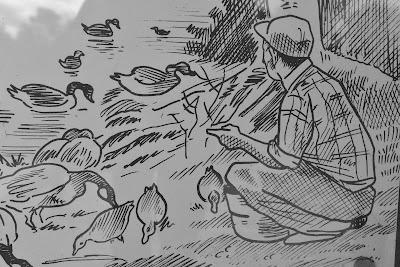 We saw Black Ducks, Canada Geese, and Mallards on the Pond, and Blue Jays, a Song Sparrow, and a couple American Crows on the trail. It was a lovely spot, and once again we were left humbled and inspired by the difference one person can make. 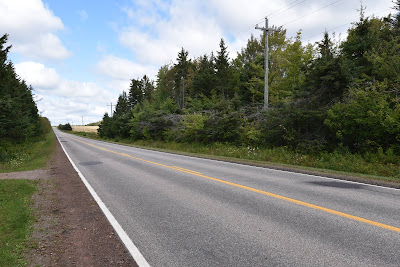 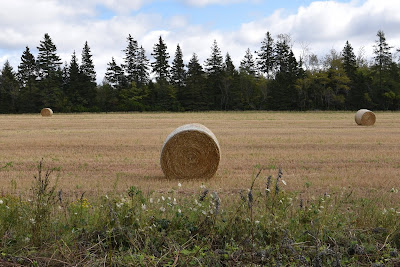 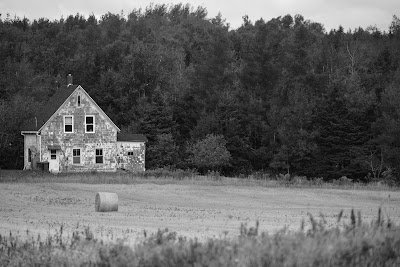 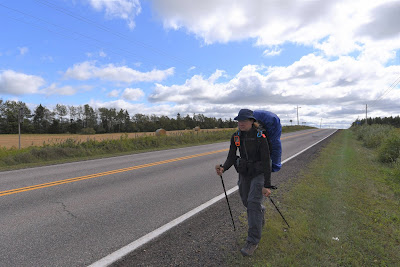 When we reached Montague we discovered it was a relatively large and rather charming community on the banks of the Montague River, which is Canadian Heritage River. We crossed a bridge in to town, stopping to admire the harbour and to watch several Greater Yellowlegs foraging on the water's edge. There were also many Double-crested Cormorants and Canada Geese in the harbour, as well as a small flock of Bonaparte's Gulls. 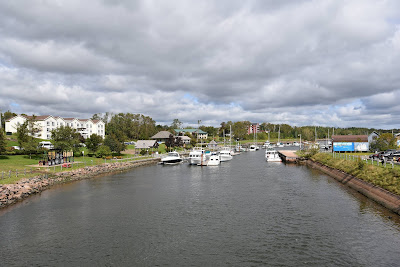 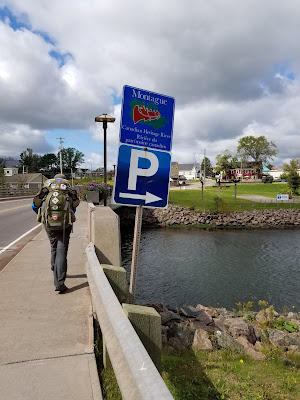 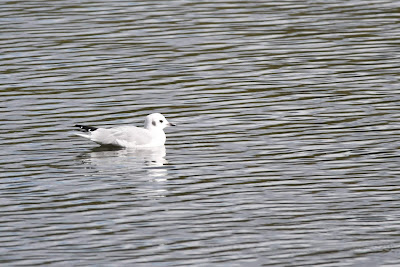 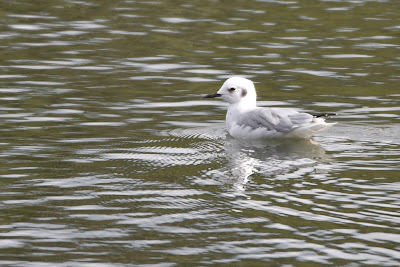 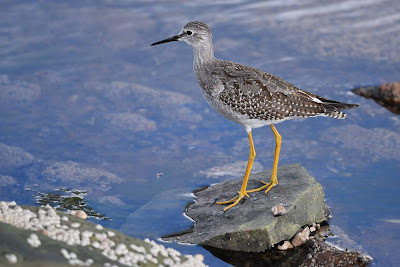 One the opposite side of the river was a lovely boardwalk that led to the Station Cafe, the Information Center, and the begging of this branch of the Confederation Trail. As we were walking along a man came over to chat with us, and said he had been following our hike online. This was quit exciting, and a little surreal! 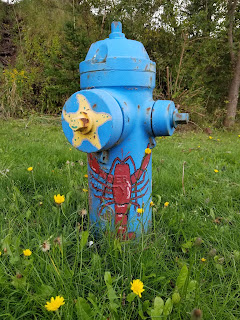 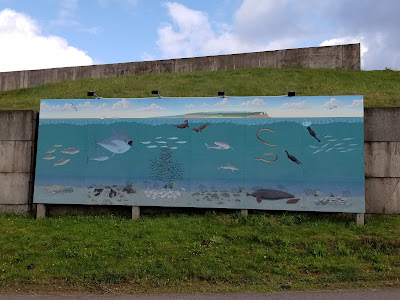 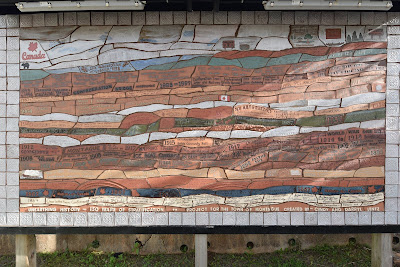 We spent some time exploring the town, looking at the creative and colourful murals around town, walking past several breweries, and checking out the remains of round table. It is a beautiful spot. 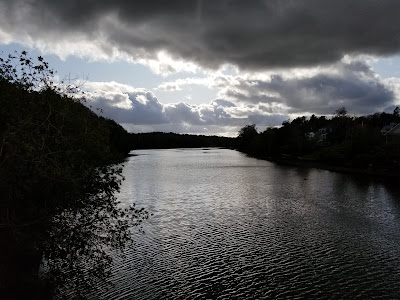 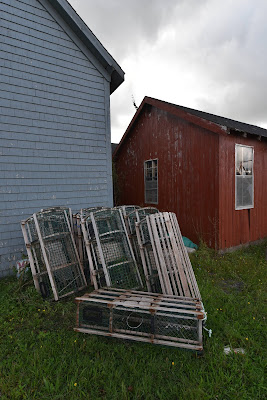 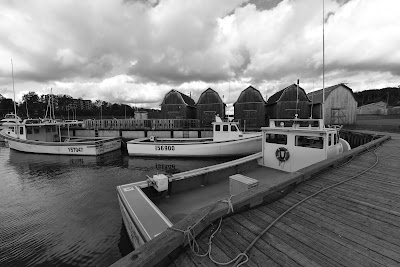 Although we didn't walk too far today, we did a lot of climbing into a stiff headwind, and we decided to find a spot to stop not too far from town. Tomorrow we will continue our trek along the beautiful Confederation Trail.
Posted by Sonya and Sean at 10:55 AM