Gambo to the trailside near Gander

Today was one of those days where it seemed like we never made any progress. We left the David Smallwood RV Park and Campground around 8:00 am feeling refreshed and energized and like we were striding down the trail at a good pace. Two hours later we looked at the Garmin, only to discover we had travelled only 5.6 km. What on earth happened? 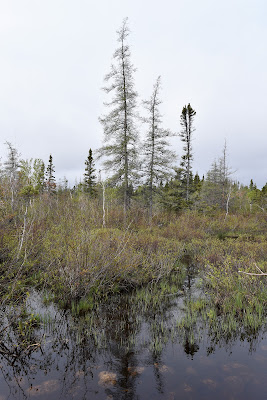 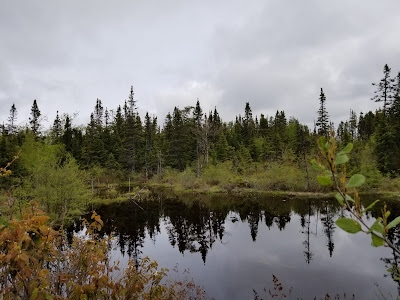 Today was mostly overcast and cool, but not cool enough to keep the blackflies at bay. We walked through more landscapes with lots of exposed shale and rock, pausing to enjoy the pinks, greys, and light greens of the mosses and lichens on the pink and grey rocks. 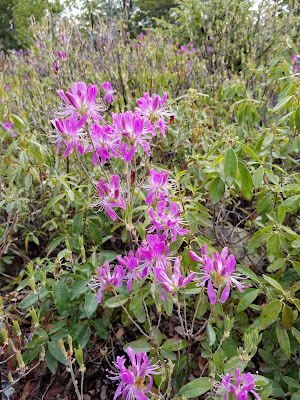 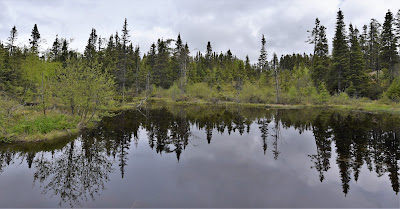 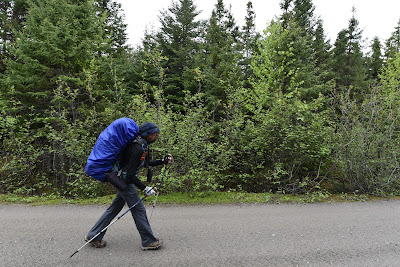 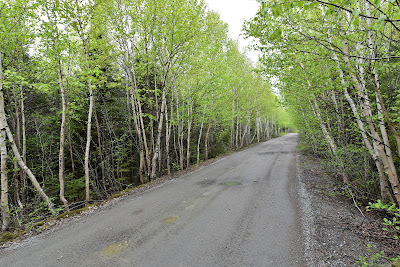 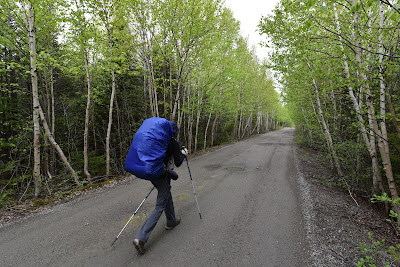 We also passed quite a few stunningly beautiful marshes, bogs, and wetlands. It can be tempting to dismiss these areas as boring green wastelands, but if you stop to take a closer look, and imagine yourself trying to paint the landscape, you quickly realize how many different colours you would need to mix to create it. It is a subtle landscape, but extremely beautiful. 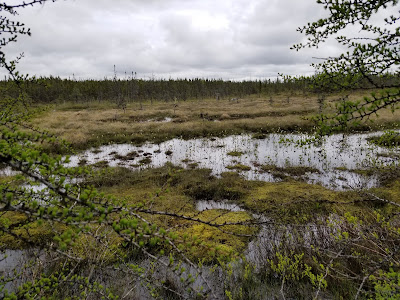 Although the weather held, generally the birds were very quiet today. The songs we heard most frequently were those of the Black-throated Green Warbler, the American Redstart, and the Ruby-crowned Kinglet. We also heard the winnowing of four or five Wilson's Snipes, but frustratingly didn't catch even a glimpse of one. 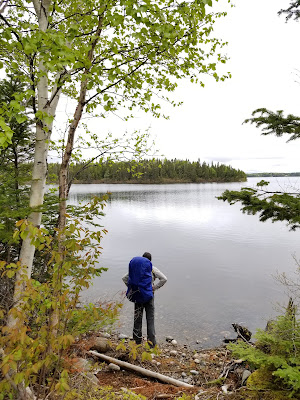 By around 1:30 PM we reached the small community of Benton. This was a collection of buildings that ranged from small partially dilapidated cabins, to large, well-maintained cottages and houses, to high end mobile homes. Interestingly, there was a small antiques and collectibles shop on the side of the trail. 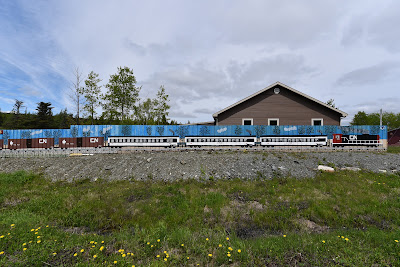 The community of Benton arose in the 1890's when the train line was put in, at which point it became a sawmill town.  The town's railway heritage can be seen in a fantastic mural painted on a fence facing the trail, which shows the CN Rail cars filled with logs and the results of local mining operations. 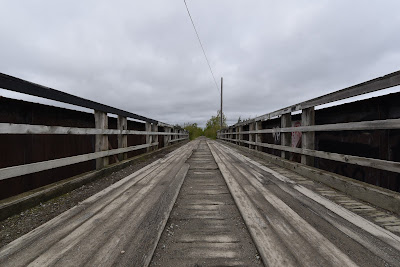 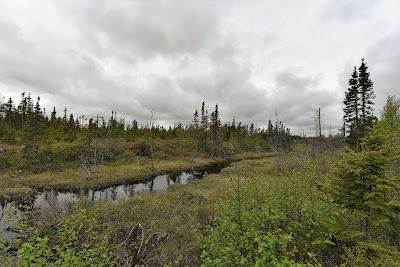 We took a break in the sunshine on the trestle bridge leading out of town. The bridge spanned a wide, fast flowing river, and as we sat and watched a school of small fish coming to the surface and jumping for insects. 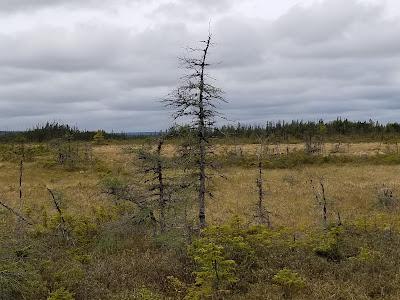 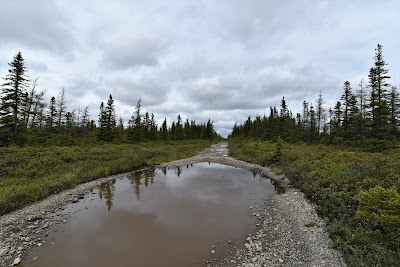 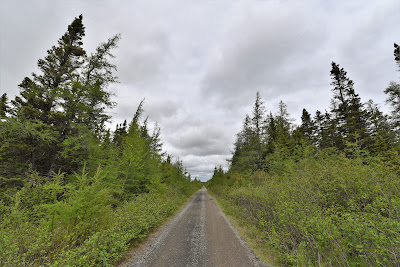 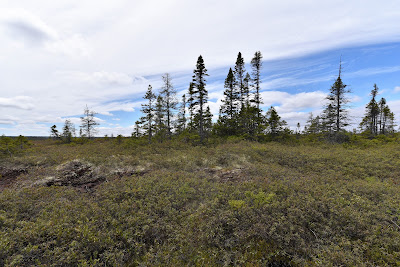 After Benton the trail began to climb, not steeply, but at the steady and gradual grade of a train. This did nothing to improve our lack of speed or progress, so after 3 or 4 km we found a flat spot to pitch our tent, right on the edge of the trail, and called it a day. Tomorrow we will head in to the town of Gander. 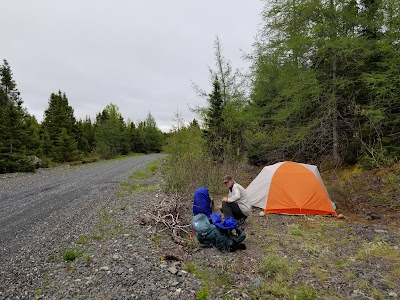