Life is full of change ... and reflection

Life is full of change – it is what makes it wondrous, full of the unexpected and at times heartbreaking. For a few days I have worked to draft a humorous post about the ‘frustrations’ of trekking with and sometimes living with a presidential historian. In my world (and I suppose yours) the past year and the last several few weeks have been a non-stop flurry of historical factoids, statistics and analysis delivered with the professionalism of a university lecture hall from my hiking companion. His love of American History and Presidential facts is fascinating at the best of times, fills the hours while trekking, and becomes exasperating every 4 years during election season. Few people can daily read polling statistics, county by county and state by state, for months and still be excited with each new update. While we all have opinions and views of what is taking place the reality is - for our cousins and families south of the Canadian border - that today is their day to reaffirm their sacred oath to those ideals at the heart of their nation, to those who fought to uphold and defend those ideals, and to future generations who rely on the voice of the people to guide us onward.

For us however this morning began differently and has heartbreakingly fostered reflection.
Few people likely know, but Sean, who despite having a unique career path which culminated in him lecturing in the humanities had originally sought to be in the sciences. This is best evidenced in that he spent several years in university studying biology and chemistry (and of course hiking for Citizen Science). While many people have an underlying passion for particular subjects, Sean’s true interest of the sciences came from the patient, calm, and inspiring example of a single teacher. Today Sean found out – that the science teacher he most admired in high school, Mr. Gerard Bayley (1934 - October 29, 2020) has recently passed away. 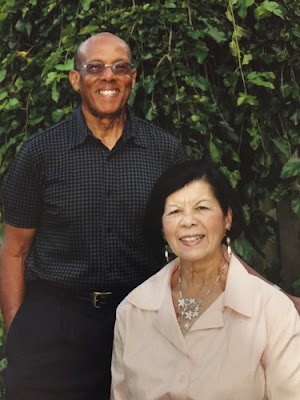 Sean met Mr. Bayley in the mid 1990s as a repeat participant of the London District Science Fair and as one of those fortunate enough to go to the Canada Wide Science Fair several times. Mr. Bayley was a high school teacher in London Ontario with the Catholic School Board who organized the London District Science Fair, and who volunteered and fundraised to ensure that future students could participate in the Canada Wide Science Fair. Owing to his example and demeanour Sean would go on to volunteer with the London Science Fair for years.
I met Mr. Bayley (thought I am sure he would not remember) only once in a mall here in London. Sean had recently taken on the responsibility of raising a younger relative and was carrying him at the time. Mr. Bayley, an individual who exuded gentleness walked up to him, hugged him, and asked him if everything was ok. Then for many minutes, regardless of his own obligations, Gerard Bayley’s whole attention was focused on Sean and the moment. What I remember most from this brief encounter was that so few people are able to openly listen, and honestly want to know about you. Such individuals ensure that the person they are addressing knows that they are the centre of someone's attention - and at important moments that can mean the world.
Sean best remembers that Mr. Bayley sat with him – though he was not a student of his at the time – throughout the entire flight to the Canada Wide Science Fair from London Ontario to Whitehorse Yukon – quietly talking him, patiently listening to him, and helping him through the chaos of his family’s situation at the time. Weeks later when Sean’s father left the family to pursue the most recent of young ladies in his life and his mother further drinking to excess, it was Mr. Bayley who sat for hours with him to help him – mostly by simply listening.
Later as Sean sought simply to get through high school he had Mr. Bayley as an instructor, and discovered what so many seem to be expressing, that Gerard was a dedicated teacher and wonderful friend to all of his students who improved those around him with his quiet voice, and patient manner making everyone around him a better person.
While neither of us might say it well or concisely – but your passing is a loss to those who will not be able to know you or learn from your example. In moments like this, there is so much that could be said and so much that can never be adequately expressed.
Save for the fact that, perhaps in this moment and today it is important to realize that the world needs more examples of how to live well like Mr. Bayley. Our days need not be determined by the loud cacophony on the TV or internet, but instead would be much better served by emulating the quiet, patient, humble, and compassionate examples of those who the world far too often does not raise up publicly in esteem. Too often amid the noise of the modern world we forget that we are successful and that we are able to achieve our goals because of the simple kindness, the humble sacrifices, and wonderful examples set for us by parents, teachers, priests, and strangers who never asked for attention for themselves but who instead set their goal of making others excel and achieve.
So while today is one of opinions, frenzy and excitement for many, we wanted to take a minute to put out our thanks to Mr. Bayley and all of those persons who make the world better one example at a time.
Posted by Sonya and Sean at 12:56 PM