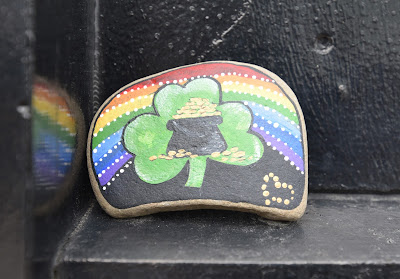 The most common question I get, is when we did decide to hike across Canada?   To which I wish there was a simple and straight forward answer.  Certainly our trek began when we put our feet on the trail in Cape Spear Newfoundland but its roots are woven throughout the past years and decades of our lives.  To find the precise moment is hard. 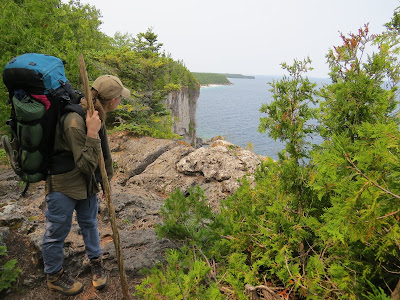 Perhaps the choice was made after years of being employed sitting at a desk all day, living online and watching movies all night?  Perhaps it was in watching my banking fees, insurance costs, and bills go up while my bank balance declined all the while working more and more and more?   Perhaps my background in environment science and ornithology pushed me toward being outdoors rather than in a laboratory writing reports?  Perhaps it was because of my parents and all the time I spent camping, playing on beaches, and in nature as a child?  Perhaps my time at Waldorf taught me early on that it is better to be where you are called to be than to be where you don't feel like you fit in? 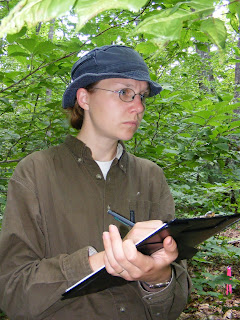 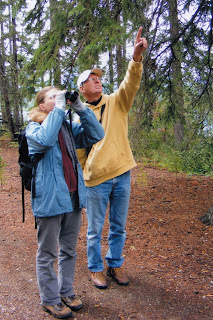 Perhaps it was Canada's 150th anniversary celebration in 2017 when the Great Trail was connected from coast to coast to coast that put the idea in my head.  Or the article sent to me in 2015, by my father in Sechelt British Columbia about Dianne Whelan heading out onto such an impossible undertaking?  Or hearing about Sarah Jackson and Dana Meise completing their epic treks?   Perhaps it was watching a TV interview with the intrepid Mel Vogel who had walked across the Maritimes and Quebec? Perhaps it was my father working on one of the Great Trail pavilions in a landscape design class in Caledonia? 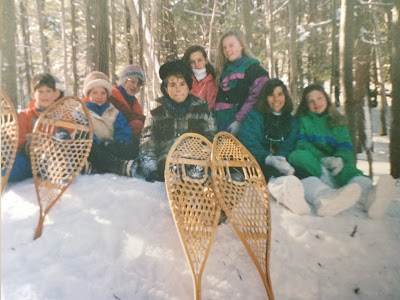 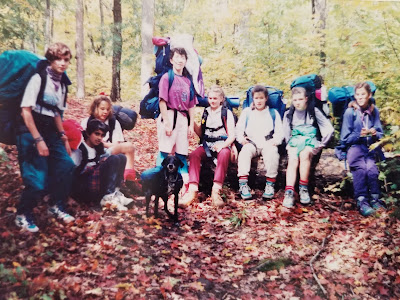 Maybe it was venturing 800 km along the pathways of the Bruce Trail which made me see the joys of hiking a long distance trail?  Or the wonders and awakenings I rediscovered while on the Way to Santiago on my treks covering more than 2400 km along the Camino Frances, Via Podiensis, Caminho Portuguese, Muxia and Finisterre?  Or the natural beauty and welcoming reception we experienced while hiking Newfoundland's epic East Coast Trail?  Maybe it is simple wanderlust? 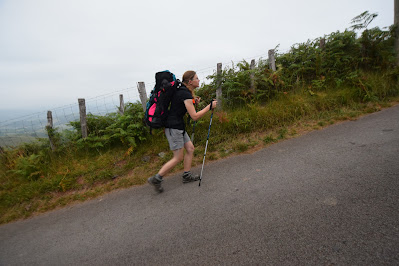 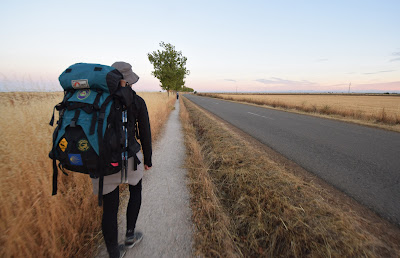 Where did it all begin?

Well for all it may be worth, I now truly believe that my way was set toward this magnificent privilege when I met my trekking partner whose life had twisted, turned, and left him in Peterborough Ontario all those years ago.   His parents had long since abandoned him and he was left as a student caring for a younger relative on his own. 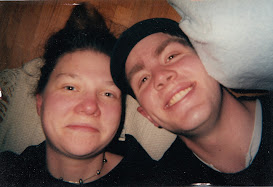 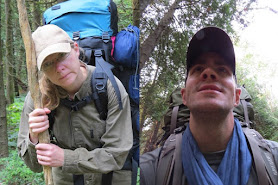 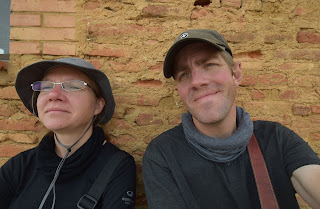 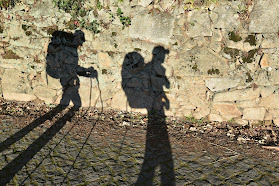 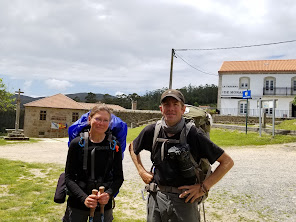 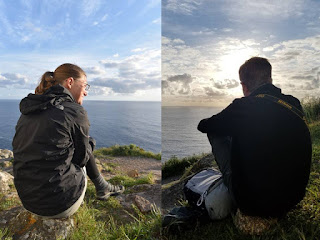 Finisterre, 2019
He once asked me a simple question “do you like to hike?”   He inspired me by asking what stories I wanted to tell when I was older.  He pushed me to stop studying the world and look up and experience it.  He asked whether I knew whether the moon shined the same on the other side of the earth?
No matter how large the adventure he have never stopped dreaming of what we had yet to see.
Perhaps it was what he said; perhaps it was the music that was playing that night that said it best…
"….I would walk 500 miles
And I would walk 500 more… " 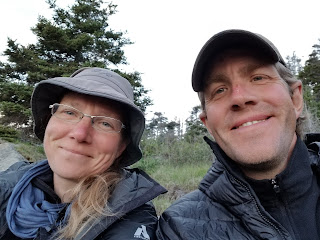 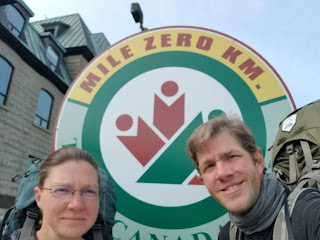 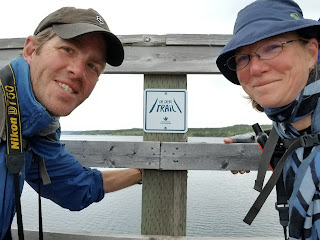 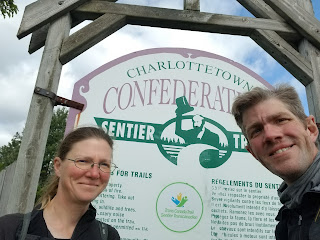 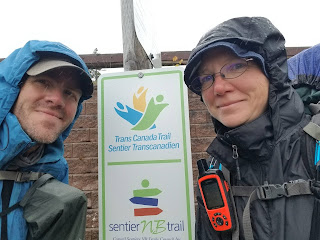 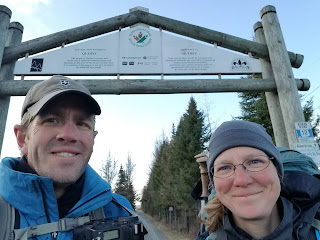 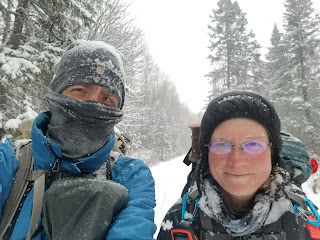 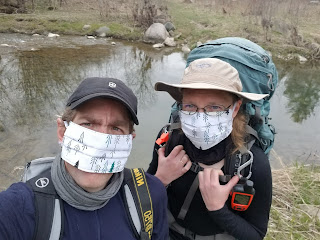 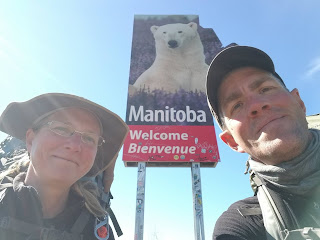 While I had known him in residence I really only talked to him on ..... St. Patrick's Day!  Who would have ever guessed such a large trek could have its routes in a night dedicated to drinking? (she asked sarcastically) 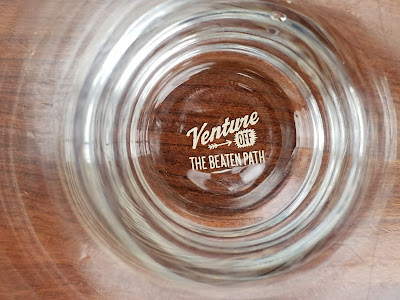 Regardless of how I got here, regardless of what put me on this path I now know that I that I would not trade any single moment on The Great Trail for anything in the world.  What an adventure to have undertaken, what a privilege to be able to explore this beautiful country - and there is still so much still to come. 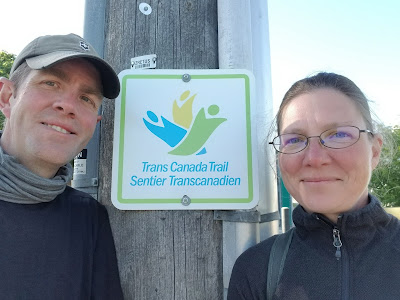 We have come so far, but the road is still so long and there is so much further to go and so many more adventures yet to come.  The weather is getting warmer, the birds are migrating, and the hiking season is again set to begin. 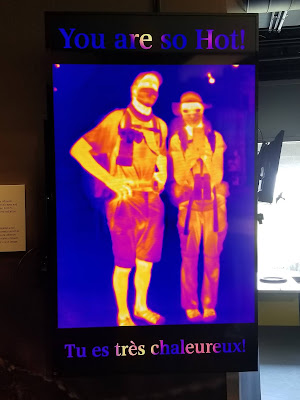 So, as he asks at the conclusion of every year of hiking and after every trek : What comes next?
Posted by Sonya and Sean at 12:16 AM