Tonight I am due to be presented as Canada’s Outdoors Person of the Year award from the Canadian Wildlife Federation.  I am honored and humbled by the nation recognition ‘Come Walk With Us’ has received.

As many of you know, in 2019 I quit my job and sold my house to self fund this journey along the Trans Canada Trail to increase diversity and accessibility to the outdoors and to inspire youth to reconnect to nature through birds and Citizen Science.

In 450 days the #hike4birds has hiked more than 10,500 km, published more than 750 blog entries, shared tens of thousands of images of the nation, birds, wildlife, and landscapes.  It has been featured in more than 100 news articles across Canada and around the world, and captured the attention of families, classrooms, nature groups, hiking organizations and individuals in the process. 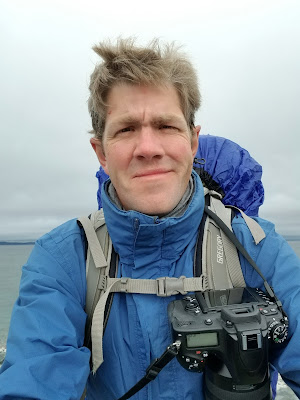 There are tons of people and groups to thank including Bird Studies Canada, the Baillie Fund, the Boreal Legacy Project, the Great Trail, Eh Canada Travel, the Royal Canadian Geographical Society and especially the huge number of Canadians from coast to coast to coast without whose kindness and support I wouldn’t have gotten from Cape Spear Newfoundland to Alberta .  The truth is this undertaking could never have crossed a single province let alone 8 of them without the kindness and generosity shown by Canadians in communities across the nation. 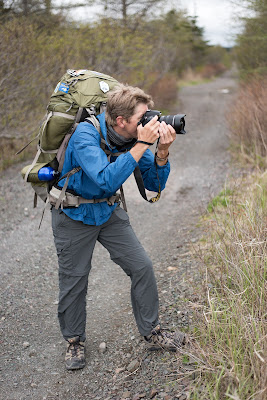 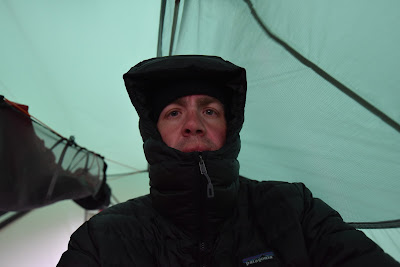 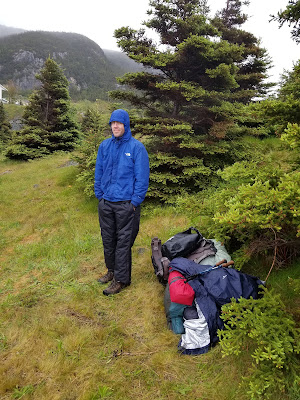 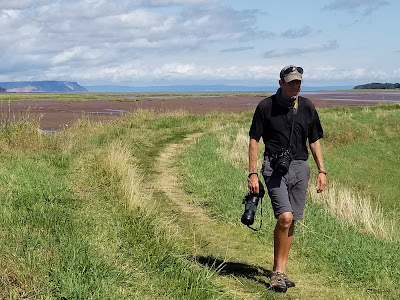 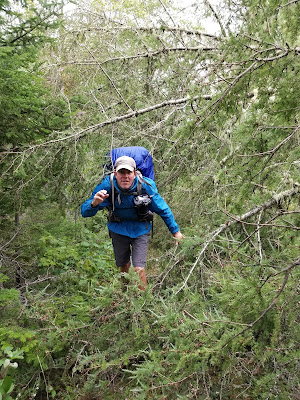 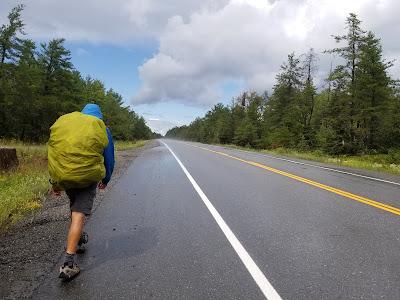 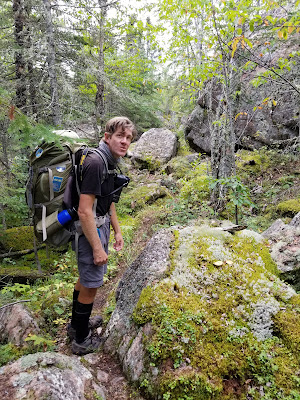 Yet I also wanted to take a moment to thank my best friend and expedition partner without whom none of this trek would look so good or be so exciting.  Sean has taken almost 500,000 pictures of Canada, its pathways, its landscapes, its wildlife and birds since setting out.  He has done the near impossible by enabling us to stay recharged in the wilderness for weeks at a time, photograph the country in every weather condition, and enabled us to present to classrooms from the trail and our tent en route.  He is often the first awake and last to sleep each day.  He has walked and photographed through temperatures ranging from -25 to +49, trekked through snow storms, deluges of rain, historic droughts, sat in the ocean, withstood the force of Lake Superior, been head butted by a goat and continued amid a range of extraordinarily demanding conditions which neither of us ever expected – as we have crossed some of the nation’s most challenging trails including the East Coast Trail, Fundy Footpath, Sentier des Caps, Casque Isles, etc, etc, etc. (the list is huge). 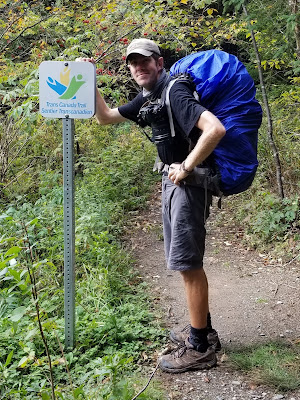 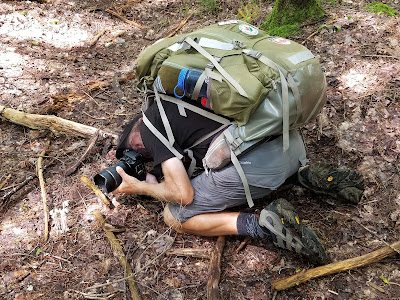 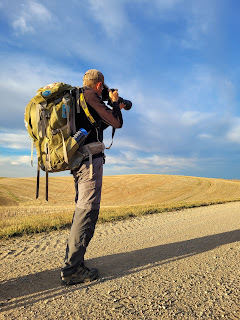 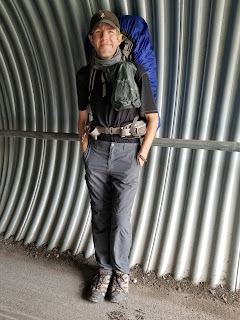 In the digital age this all might sound easy, but it isn’t.  Sean’s backpack averages more than 70 lbs in weight including camera gear, electronics, battery packs, his camping gear, the tent, and his meals.  In trying to inspire Canadians he has hiked into the Atlantic Ocean, into waste deep tidal pools, leach filled ponds, along rugged coastlines, across vast prairies, over mountain ranges, and he daily crawls along the trail (with his backpack on) trying to get amazing pictures of butterflies, snakes, insects, fish, flowers, and the trail from a new perspective.  When our hiking each day is done he spends an average of 4-5 hours more editing pictures, writing social media posts, drafting articles, and answering emails.  This means everything which most Canadians see is the result of his work after an exhausting 30-50 km on the trail and on minimal sleep.  It is all done with energy, excitement and without complaint for an average of 100-200 days per year. 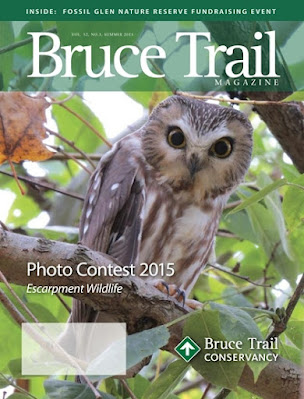 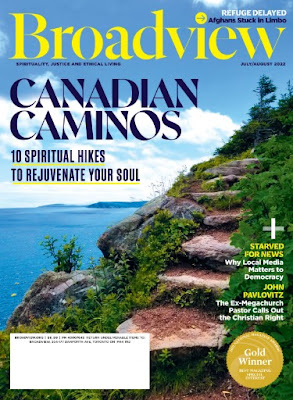 En route his images have been loved by many Canadians, have won awards, been used in tourism advertisements, been featured in newspaper articles and appeared on the cover of magazines.  The daily blogs, the post cards and calendars we sell, and our media images are almost all the result of his hard work. 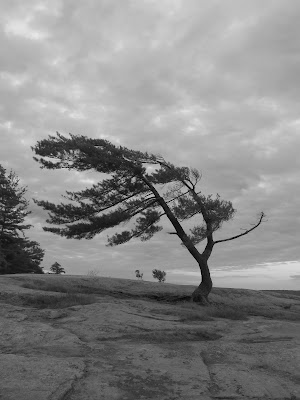 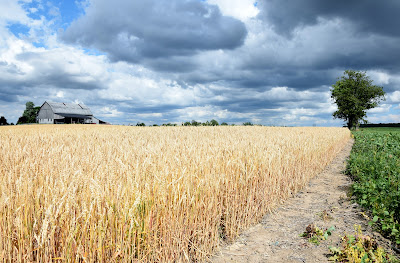 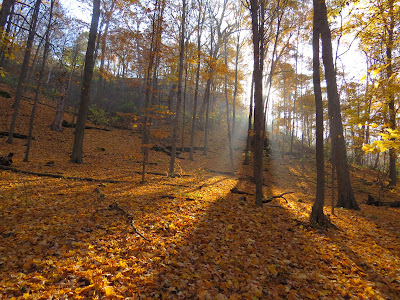 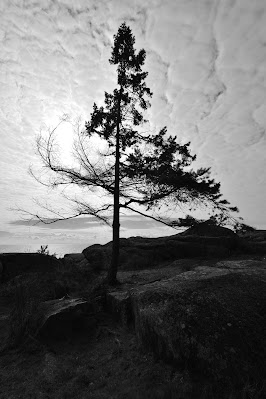 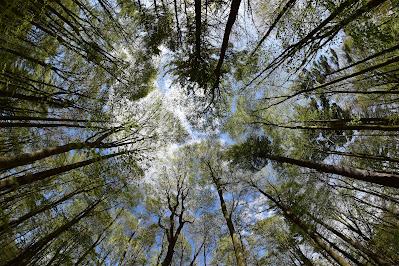 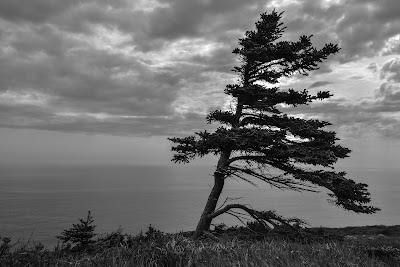 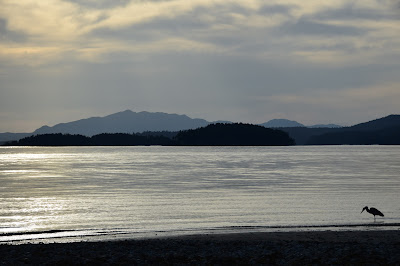 The end result of his efforts in 1-2 years will be the most complete visual record of the Trans Canada Trail / Sentier Transcanadien and Canada as viewed from the world’s longest trail ever undertaken.  His efforts are stunning in their scope and success. I have never seen such dedication to one project in my life.  Yet so much of his work is never seen, thought of, or known. 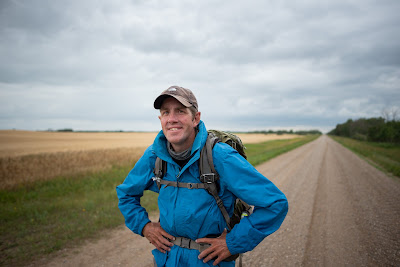 So while tonight the attention will be on the expedition and its message, I wanted to say that so much of it is only possible because of his hard and tireless work.  His name might not appear in many news articles and it might not be on any awards, but his contributions have been beyond words and have made so much of it a great success.