Stunned Excitement, a return to the West and the Trans Canada Trail!

Today we concluded our 3 day vacation from backpacking.  While we haven’t stopped working during this time off the trail, it has been nice to stop for a few days and not worry about were to camp, where to find food, or what the weather is like.  But all good things must come to an end so this morning with everything repacked and readied we stepped onto a plane in Ontario and flew west. 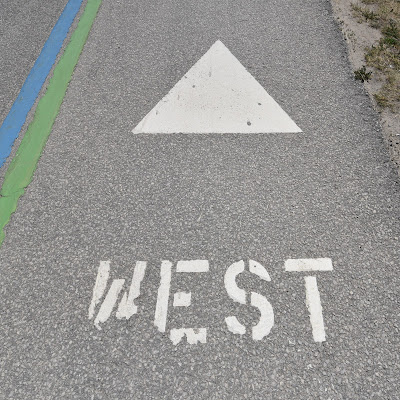 With Quebec completed it is far past time that we picked up where we left off in 2021 at the Saskatchewan-Alberta border and continued west.  By the numbers we have approximately 1250 km of TCT to hike, photograph, experience, and of course share in the southern stretch of the province of Alberta.  This route will take us through the countless rural communities and important birding areas as well as to cities like Edmonton, Red Deer, Calgary and Banff.   From here we will traverse the Rocky Mountains and descend into our final province – British Columbia where we will venture an additional 1700 kilometer to the Pacific Ocean.  All things considered 3000 or more kilometers is a long way still to go, however in the perspective of a 28,000 km trail with 10,500 km completed already – it is also a stunningly short stretch. 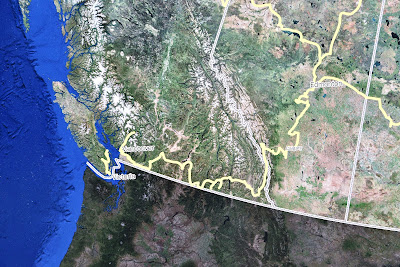 As we make our final preparations, getting camping fuel, giving last minute presentations to nature groups, and buying food for the next week of our trek we have a huge range of mixed emotions. While not the end of the TCT for us it is nonetheless the conclusion of the largest part of it stretching from Cape Spear Newfoundland on the Atlantic Coast to Victoria British Columbia on the Pacific Coast.

here is no denying that it feels odd to be stepping out with the goal of reaching the -Pacific ocean this year.  I can’t believe time and distance have gone by so quickly.  I can’t believe that we have done so much and yet have so much further to go.  It is almost like standing at high school graduation stunned that so many great moments have already passed by but knowing that there are wonderful experiences yet to come.

I have spent a lot of time thinking about those few incredible persons who have done this route on foot.  We have talked and reminisced about all that we have experienced and seen so far since leaving Cape Spear Newfoundland 3 years ago.  We wonder what amazing places we will be privileged to experience and explore in Alberta and British Columbia in the coming months.  And of course we both wonder what comes next is more of the trail “behind us” than in front of us now.

I suppose the strongest feeling is a sort of stunned excitement that the Pacific is now “in sight”. 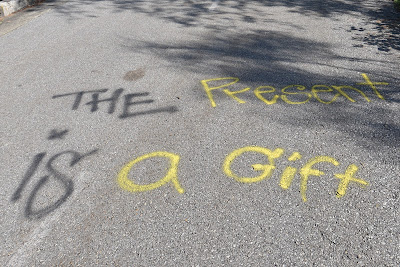 It is fair (and honest) to say that when we set out in 2019 there was a huge hope of completing the Trans Canada Trail from coast to coast while birding the nation, but there was also a quiet acknowledgement inside each of us that admitted that it was a highly improbable undertaking.   Yet day after day, month after month, year after year, a lot of small steps have put us within reach of this goal. 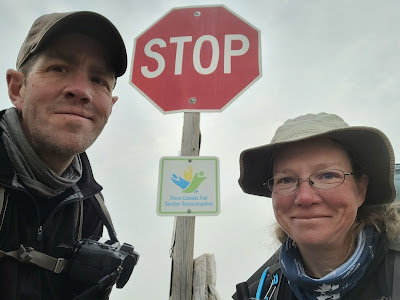 While I haven’t gotten everything clear in my head yet, and while one of our goals is near, the simple fact is that we aren’t there yet.  So as we prepare to step back onto the world’s longest pathway I keep reminding myself that it is time to enjoy each moment, each opportunity, and each bird in the months to come.

It’s not over until it’s over and the Pacific ocean is still a huge distance away.