Magellan I am not … And now for an embarrassing Tale…

In the past five years I have completed Ontario’s Bruce Trail at 890 km, Spain’s Camino de Santiago at 805 km, France’s GR65 at 750 km in length, Newfoundland’s East Coast Trail which spans over 300 km in distance, and just over 2000 km of park trails.  While I am not an expert or professional, I can honestly say that I generally feel confident on trails and when I go out hiking.  And so it is….er it was…with some measure of self assurance and ego that when we set out to explore parts of The Great Trail in Tillsonburg Ontario, that I assumed, that a day hike on the regional pathway would be similarly straight forward. 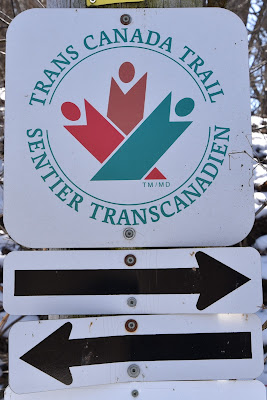 Instead what began as a promising day trek turned into a series of misadventures.  Saturday morning, we looked at the route online, printed out a map of the section we intended to walk, made sure the TGT APP was up and running, then set out on what should have been a leisurely stroll on a sunny winter afternoon.  We invited a friend along on our hike, a wonderful local high school teacher, and with our packs on and a coffee in hand we ventured from the parking lot at the local trail head along the pathway.

What we failed to take into account however, was that the trails which we previously trekked along where undoubtedly more consistently marked.  By comparison the Great Trail in Tillsonburg has been twice rerouted around a washed out bridge, was disjointed around a police blockage leading us through a stretch of construction near an Industrial zone which in turn redirected again us onto the main highway in the region.     As a result we ended up wandering …somewhat aimlessly …along rural concessions and busy roadways striving to re-find the trail, re-locate Tillsonburg, and find our car.  Not the most inspiring start.

What we found was that in many cases the trail followed the road rather than staying on a clear pathway, that the connectors between segments where often not well marked, that sections of the route which were closed where not indicated (lead us to walk to dead ends), and that getting to or through rerouted sections was often a challenge. Finally, making matters more difficult was the fact that few people who we talked to along the pathway knew that it was part of the Great Trail, leading to a slew of misdirection. 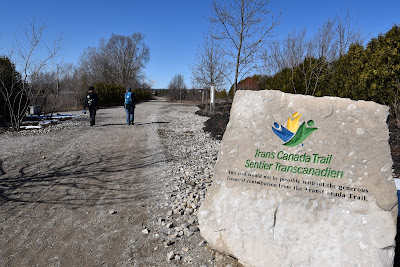 As such just 2 hours after starting a 20 km trek, I remembered a piece of old wisdom shared with us on the trail years ago,  “be humble or be humbled…”, and recognized that we had fallen into the trap of assuming that this route would follow our expectations for previous hikes.  By comparison the Bruce Trail’s iconic white blaze markers (modelled on the Appalachian Trail system) are placed every 20 feet or so and are almost constantly visible. The Camino de Santiago, is so well marked that one feels as though they are hiking along a solid yellow line from Germany to the cathedral in Santiago.  France’s GR65, the Via Podiensis, like the nation’s other GR pathways are exquisitely marked with the ever present iconic red and white blazes. Newfoundland’s beautiful East Coast Trail is likewise wonderfully marked, and maintained. 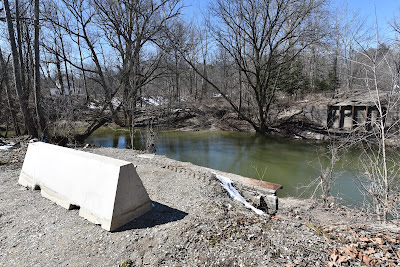 And so it came to be that the same two individuals who have trekked over 800km across Ontario, along 300 km of Newfoundland’s coastline, and over 2000km of Europe towards Santiago de Compostella got lost 20 minutes from home on the same trail they intend to follow for the next three years.  Our saving grace, aside from the Great Trail app, was to realize that we were not necessarily following the Great Trail, but the regional urban pathway instead.  With that in mind, local trail-heads, and markings made our passage considerably easier. By the end of the day, I was reminded that this is a new trail with its own challenges, and that I still have so much to learn. 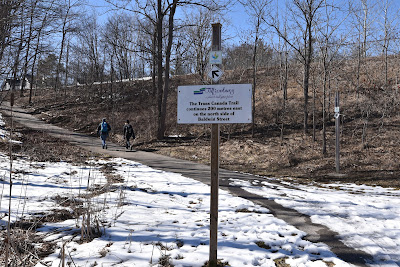 So the lesson of the day to everyone is that even the “experts” get this stuff wrong from time to time, but that doesn’t mean you give up or cease trying.  Risk leads to challenges, and those can be frustrating, but it is continuing forward and learning that we get better at this.  It is in taking risks, exploring and sometimes even in failure that we learn the most about ourselves.  So go out, explore, challenge yourself and immerse yourself in nature – see what you can learn about your community and yourself!

I might not be Magellan …but today I am wiser and I am determined.