Sit and Listen: The strength of my Grandmother, lessons from life and family

While many of you have followed along for the past year as we have planned and prepared for our Trans Canada hike you likely realize that I don’t speak much about my family.  I’ve always believed that it is the adventure, on the trail, in the kayak and the nature around each of us that is the essential part of message I wanted to present.  However during this past holiday season as preparations have been made to sell the house, find homes for my pets, and as I have sold or donated my possessions, I have become increasingly nervous (excited yes, but also a little scared) of what is to come.  When I visited with my family to celebrate the New Year I took the time to express my rising uncertainties about all that is to come in the proposed hike across Canada.  While there was not much direct advice given to me, over the days which followed I was fortunate to begin hearing family stories which I have either never heard or, sadly never previously taken the time to listen to.  It is my Grandmother’s story which impacted upon me the most and parts of which I wanted to share. 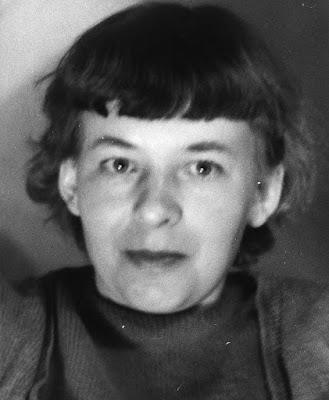 My Grandmother, Eva Pfeil, now a quiet unassuming lady who spends her days perpetually looking for a comfortable chair to relax in or who can be found reading, cooking or enjoying her tea in front of the fireplace, began to tell me the stories of her lifetime.  As a result I not only came to know her in a way I would never have, but I also came to realize the amount of strength, personal endurance and perseverance she has at the core of her being.

As a young lady, newly married and pregnant, my Grandmother, fled Poland and Europe to the American sector at the conclusion of the Second World War with only what she could carry to supply her.  En route and without her husband she gave birth to my mother in a shelter amid an air raid.  Scavenging for months she provided for herself and her daughter eventually surviving long enough to get to safety.   Years later, supporting the career of her husband, an architect who moved around the world constantly between contracts and jobs she ensured her daughter saw the wonders of nature and grew up educated and happy.  By the time she reached America she had travelled throughout Europe and the Middle East and had educated herself as an Industrial Designer as part of the Bauhaus movement. 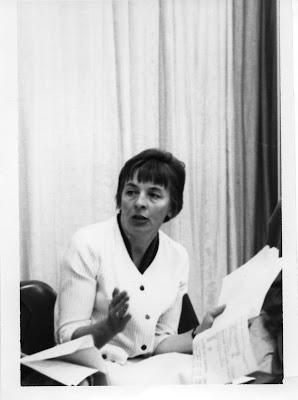 Settling down in what she would often term “her beloved Alabama” she later became a professor at Auburn University, at a time when women frequently did not pursue such careers, going on to advise students and publish academic papers for decades.  Amid all of these challenges and achievements she raised my mother who went onto university and eventually became an inspiring kindergarten teacher at the Toronto Waldorf School.  Later she cared my sister who was sick in the 1970s and endlessly helped my parents get started and succeed in their lives.  By the 1990’s it was her who helped me afford university and succeed and who has since guided me in my career for over a decade.  Since retiring she has remained active in her community, helped friends as they aged and passed away, reconnected with family thought to be lost in Europe, and has helped me prepare for my own 24,000 km hike.  At the age of 96 she still stays active and keeps pushing us all to do more and help where we can.  There still seem to be no limits to her interests or her desire to improve the world.

While listening to her, one of the things that struck me most was when she said “yes I know I am in my 90s and old, but I don’t feel old, in my mind I am still a teenager who wants to do things.”  I have to admit to my shame I never saw her in this way.  I never saw how great a life she lead, never knew the obstacles she overcame, and never realized that even later in life we all still feel as though we are young inside. 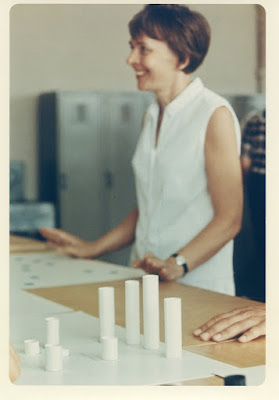 While I knew how amazing she was to me throughout my life, until Christmas I had never heard many of her stories and never knew how much resolve and strength she personally has.  I suppose, like many of us do, I had begun to only see a short elderly lady sitting in a chair and never recognized all of the hopes, dreams, skills, and undertakings that that where part of her – or what an influence one person’s life can have!  So I guess what I am saying is that we all need to listen to our families more, listen to our parents and grandparents more and learn from them.  Sit with them, hear their stories, and head their advice.  It also wouldn’t hurt to give our family more hugs either.  These are the people who have raised us, who take us outdoors as children, who establish the foundations of our lives.  We all have opinions and we all want to be listened to but those who came before us have more experience and we need to listen to them a little more to help with our own lives and get through our own problems.  The trails they have walked can help us navigate our own pathways in life.  I bet you all have members of your families that have great accomplishments and that means not only is your family awesome but that you too have the strength of character and perseverance of personality to undertake great things too!

As I close out this long posting of my thoughts for the day I wanted to once again thank my grandmother, Dr. Eva Pfeil – grandmother, mother, survivor, explorer, engineer, and professor at Auburn University – for inspiring me and showing me – even amid my own doubts - that with dedication anything is possible!