Today was very cold, with a wind that blew the snow sideways with quite some force. Determined to explore at least a little bit of the city of Rivière-du-Loup, we set out along the Great Trail, heading for the ferry terminal. There is a small ferry that makes the 1.5 hour crossing to Saint-Siméon on the opposite bank of the Saint Lawrence River several times a day. Apparently whale watching and birding are possible during the crossing. 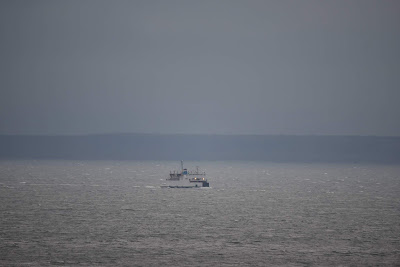 As we made our way along the bank of the river, the wind whipped the water into choppy waves which exploded into spray as they hit shore, and were hurled several meters inland. As we crossed the overpass above the Trans Canada Highway we had to hold onto the railing to keep from being blown into the road. On this hike we've witnessed the power of water and wind. Today we got to experience cold.

We made it as far as the Nöel au chateau. This unexpected find consisted of a colourful castle with a large Santa Claus outside, and a charming Christmas boutique adjacent to it. The castle was closed, but we visited the boutique. It featured a large collection of handmade and unique Christmas decorations and ornaments, many of which brought back fond childhood memories. 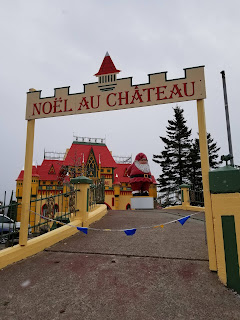 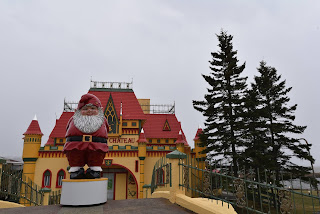 After our brief stop we decided to head back into town, rather than continuing down the exposed spit into the driving wind. 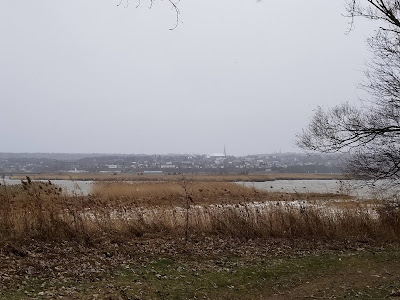 As we made our way back towards the old downtown, we passed by the historic Fraser Manor, which is a heritage site. The house was built in 1829, purchased by Lord Alexander Fraser in 1834, and was home to four generations of Frasers since. The restored building now serves as a museum, but unfortunately the manor was closed when we walked by. 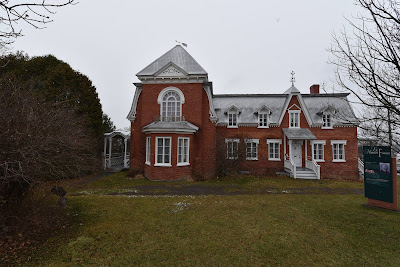 The Frasers were important to the history of Rivière-du-Loup. The community was established in 1673 as the seigneurie of Sieur Charles-Aubert de la Chesnaye. It was then incorporated as the village of Fraserville, in honour of early Scottish settler Alexander Fraser, in 1850. It became a city in 1910, and reverted to its original name, Rivière-du-Loup, in 1919. 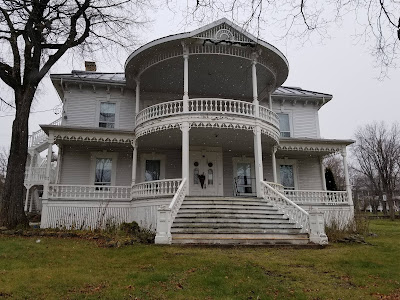 As we continued to climb towards downtown we passed the old American Consulate Building. With its curved white exterior, columns, and prominent location it reminded us a bit of the White House. It was built in 1850, and when the railroad was booming played an important role in commerce. 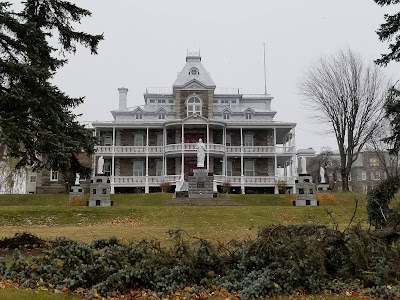 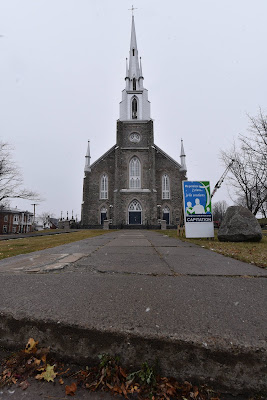 Our next stop was the beautiful Saint-Patrice Church, with its interesting mix of architectural styles. 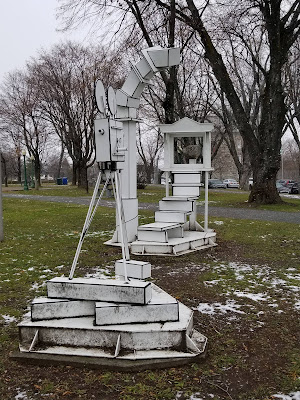 One of the things we enjoyed about Rivière-du-Loup was that there was artwork everywhere from different local artists. One example was the installation exploring memory by Pierre Leblanc in the park beside the church. 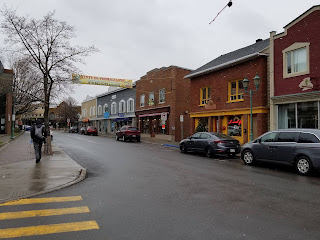 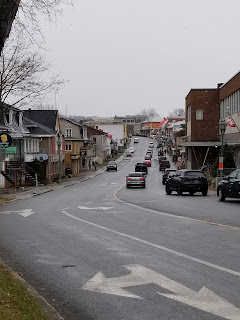 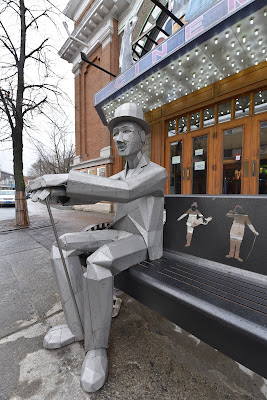 At the edge of the downtown core we walked past the L'Hotel de Ville Rivière-du-Loup. This national historic site was built in the early 1900's, and houses an intricate and beautifully restored clock. 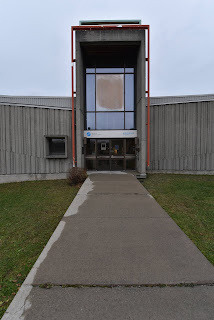 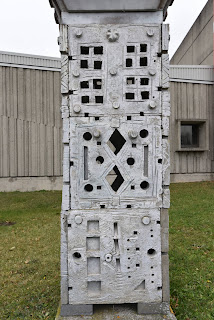 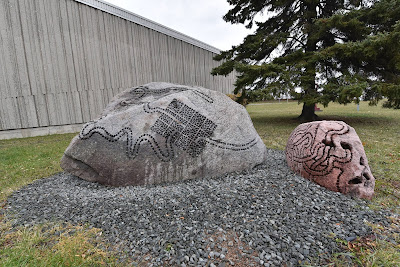 Our last stop for the day was the Musée du Bas Saint-Laurent. There we enjoyed the sculpture, drawings, and ink work of Robert Roussil. He fought in WWII before coming into his own as an artist. At the height of his career some of his more controversial pieces were seized by the police and removed from public viewing, being seemed scandalous and unfit for public  viewing. To me his artwork was reminiscent of cells and other microorganisms. 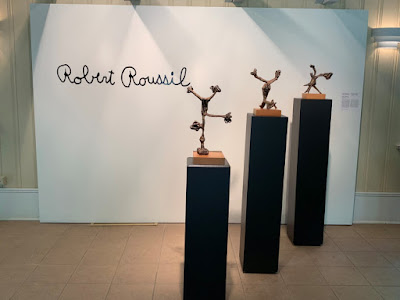 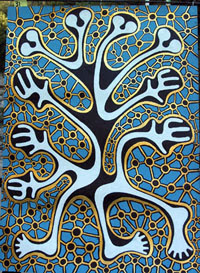 (images from online resource, not taken in gallery)

Tonight we will board a VIA Rail train bound for Montreal. It is with great reluctance that we bring the 2019 portion of our #hike4birds to a close for the season. We have thoroughly enjoyed the 3,000 km of Great Trail we've hiked so far. We have discovered so much about the natural and cultural history of the Maritimes, the people that live here, and ourselves. It has been wonderful adventure, and we can't wait to continue in the spring!

Thank you to everyone who has been a part of our hike this year - by following along online, joining us on the trail, attending one of our talks or bird walks, making a donation, buying a t-shirt, or hosting us along the way. We couldn't have done it without you! 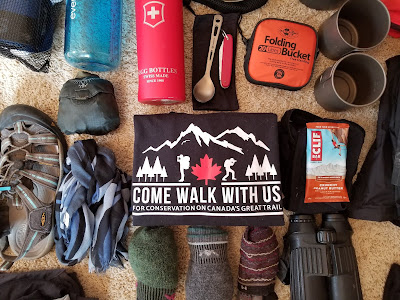