The last 12 km of trail felt like a return to the noise, bustle, and speed of civilization. The trail followed a hydro corridor for much of the distance to Riviere-du-loup. The tree-lined open grassy ribbon could have been a good spot for owls or raptors to hunt, but we didn't see any. 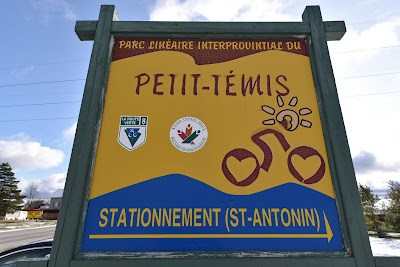 It was a sunny day, but the wind was strong and quite cold, causing the temperature to feel like -9°C. As we walked, the sounds of the Trans Canada highway grew louder and louder in our ears. 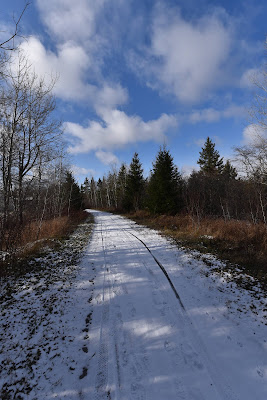 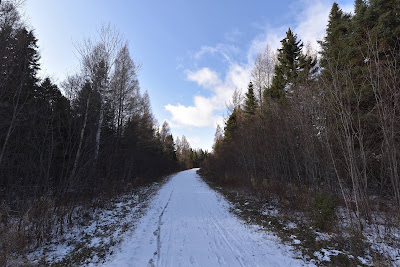 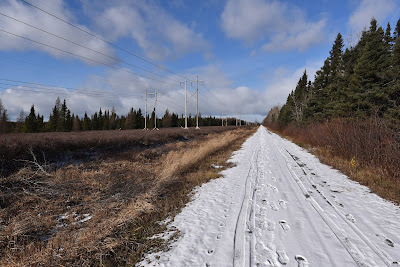 The sounds and smells of small manufacturing businesses were soon added. Eventually the trail deposited us at a busy intersection at the edge of town. 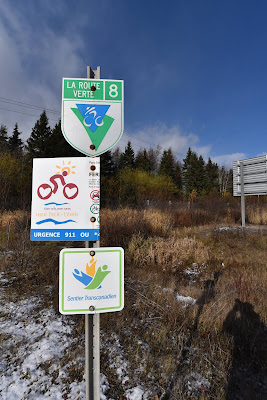 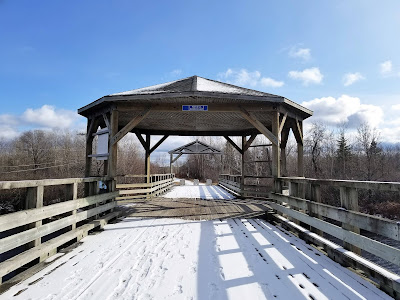 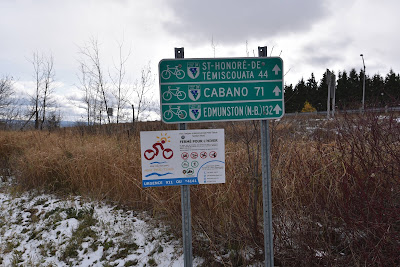 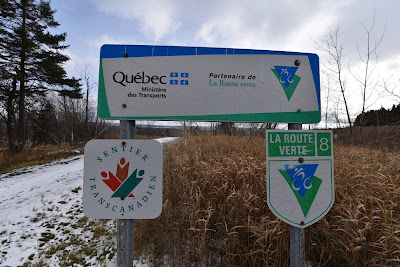 Rivière-du-Loup is a small city on the south shore of the Saint Lawrence River, which was founded in 1673. The city got its current name from a nearby river, whose name translates as 'Wolf's River'. That river may have been named after an Aboriginal tribe from the area called "Les Loups," or it may have been named after the many seals at the mouth of the river, which are called "loup marin" in French. 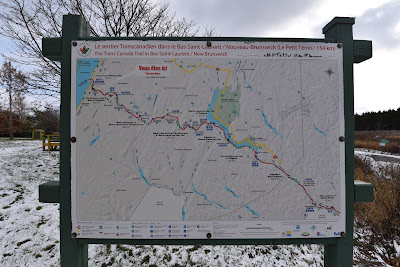 As we made our way across the city to the shores of the Saint Lawrence we were surprised to discover that the city is located on a steep slope angling down towards the water. It makes for quite a beautiful skyline. 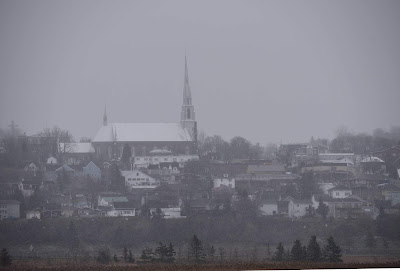 We looked across the choppy grey waters of the wide, vast Saint Lawrence River at the distant blue Appalachians receding into the distance. The mountains are certainly calling, very loudly and persistently, for us to keep going.

If we could spend each night inside with a warm, crackling fire we would happily buy warm winter boots and gloves and continue walking through the glorious, beautiful winter months. Sadly, for us the challenges of keeping our food and water unfrozen, being unable to stop for breaks during the day without immediately freezing, making camp and cleaning up in the snow and subzero temperatures, and both beginning and ending each day in darkness are too much.  In addition to which after five months of hiking, crossing more than 3000 km on The Great Trail plus almost 800 km on our training trek in the month before hand we are tired. 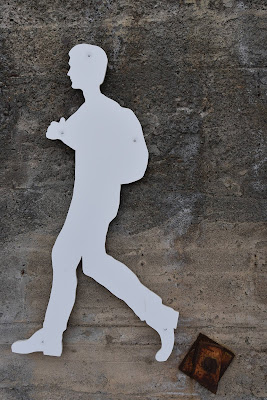 We know the noise of civilization will never be able to drown the call of nature for us - its voice is what brought us out here, and we hear it more strongly than ever. As soon as the snow melts and the promise of spring returns, we'll be back!  Our #Hike4Birds will continue from Riviere-du-Loup in April or May 2020! 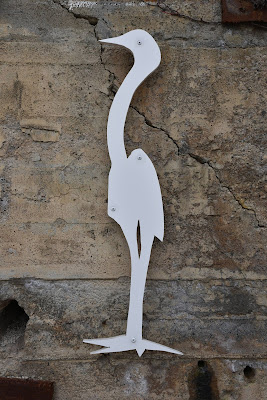