Living the Dream : 365 days of hiking on the Trans Canada Trail 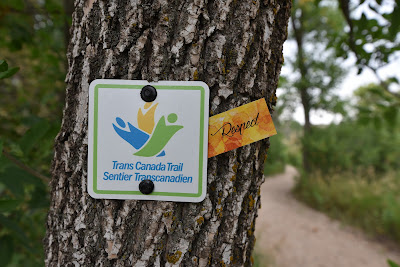 Had we been able to keep pace with our original plans (set out in 2018) we would we currently be about a month away from walking into Tuktoyuktuk and nearing the conclusion of our 3 year trek across Canada.  Instead – having hiked in 2019, 2020 and 2021 - we are sitting out a much needed rainfall (producing an amazing amount of sticky prairie mud) in the drought stricken prairies in the beautiful community of Lumsden Saskatchewan.  We optimistically estimate that we have at least 1 more year of trekking to get to the Pacific Coast and Victoria, BC and another year to venture from Fort Saskatchewan Alberta to the Arctic Ocean. 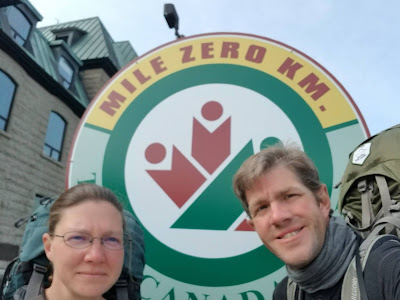 Perhaps the key lesson that we have learned over the past few years being privileged to trek across this amazing country and meet so many wonderful people is that :

Rarely do things go according to plan, but that is the nature of the trail and life.  Regardless of the obstacles that any of us encounter you nonetheless need to follow your interests, pursue your dreams and keep on exploring – even the so called experts learn from the (daily) mistakes they make.  When you run into challenges the key to succeeding is to stay calm, adapt, improvise and continue on.  Finally that if you take things step by step you can achieve wondrous and improbable things – so keep going with your head held high! 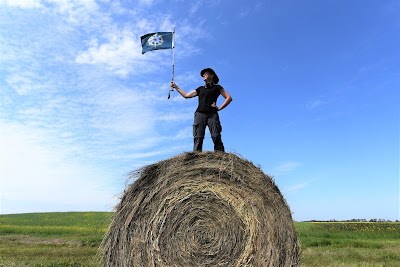 Since venturing along the East Coast Trail in 2018 and setting out from Cape Spear Newfoundland in 2019 this pathway has never failed to captivate and challenge us.  Just as the kindness of all persons from the Atlantic to the Prairies has never ceased to amaze us.  To trek across Canada is a joy to undertake, just as having the opportunity to photograph and share our journey has been a great privilege.  As a number of people have said to us, we are “certainly fortunate to be living the dream”. 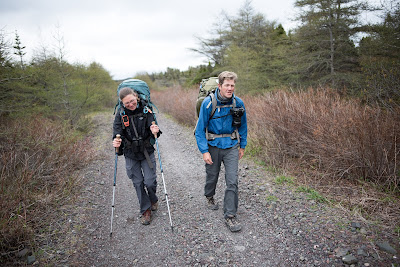 En route we have we have been the first to see the sunrise in North America, we have scaled cliffs on rope ladders, walked along coastal footpaths, seen icebergs and puffins, spent evenings on the sides of crystal clear lakes, and gone days in remote wilderness without meeting anyone else.

We have seen whales and seals in the Atlantic Ocean, herds of caribou, encountered moose and deer on the trail, heard coyotes call throughout the evenings, had black bear encounters, and of course seen hundreds of birds! 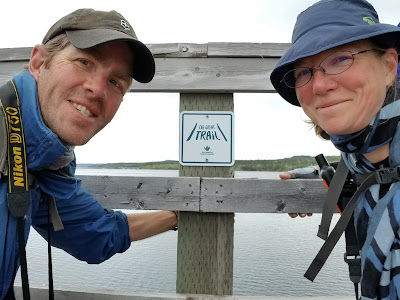 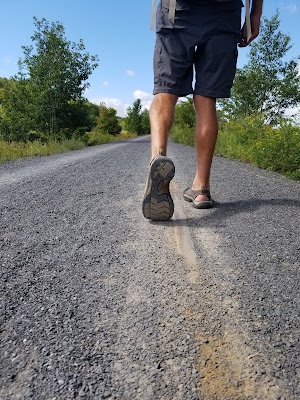 We have visited National Parks, explored provincial reserves, ventured to Important Bird Areas, sat in ancient cathedrals, learned about Acadian culture, forded ice cold rivers, wandered vast tidal flats and even wadded into the Atlantic Ocean in a section where the trail was washed out.

On the way, some of our experiences have even been a little unusual – as we have walked on the ocean floor with goats, slept in a haunted jail cell, been actors in local plays for Parks Canada, trekked through snow blizzards, sheltered from hail and tropical storms, hiked amid tornado warnings, survived a hurricane, ventured across the prairies in a drought, and been both quarantined and vaccinated against a Global Pandemic. 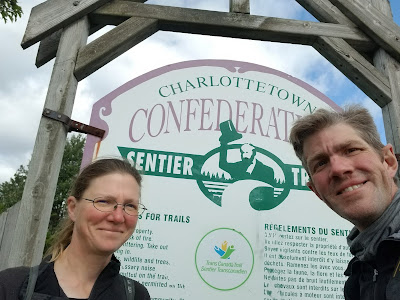 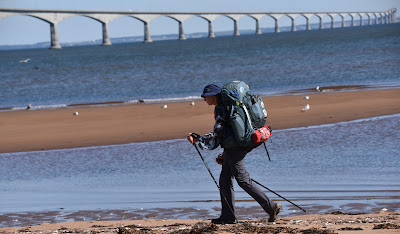 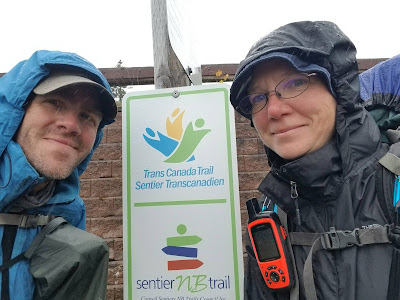 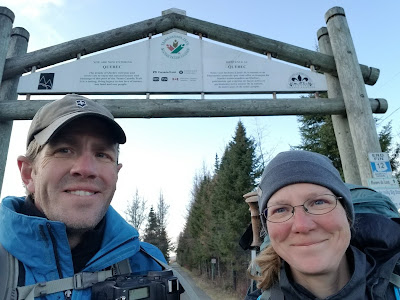 We have ventured along historic rail trails, down backcountry roads and dusty prairie concessions and even trekked on the shoulder of the incredibly fast and noisy Trans Canada Highway.  The Trans Canada Trail has led us through remote country farmlands and to quiet Mennonite communities, across huge urban centers, to peaceful lakes surrounded by exclusive cottages, and to long abandoned farmsteads and past historic ghost towns.   So far we have visited 8 provincial capital cities and the national capital of Ottawa! 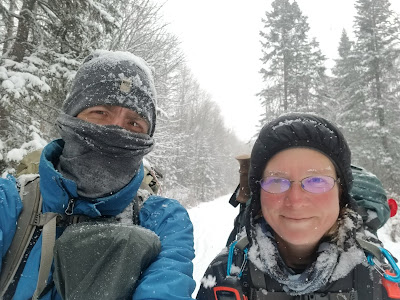 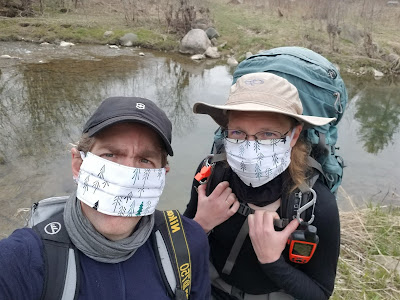 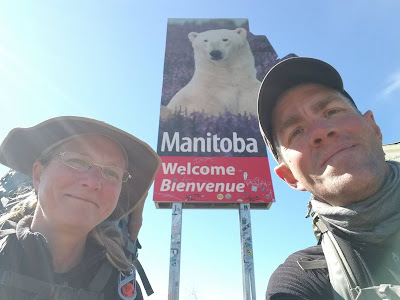 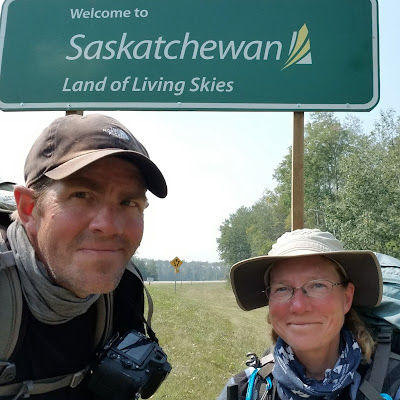 We have climbed down coastal cliffs, crawled under fallen trees, navigated through forests, balanced across beaver dams which were as long as soccer fields, walked through tunnels, ventured along railways, spent weeks at a time hiking in driving rain, fighting against westerly winds, and pulled ourselves through thick prairie mud.  We have struggled over the unrelenting yet awe-inspiring rugged coastlines of Northern Lake Superior, visited indigenous petroglyphs, walked around an ancient Giant and the rim of a meteor crater.  We have camped on the side of the trail, but we have also taken shelter under boats, set up camp beside lighthouses, stayed in warm up huts, fishing shacks, abandoned railway cars, in hedges and behind bales of hay.  We have spent the night in Parks Canada Cabins and Research Stations, Yurts and ski lodges, people’s backyards, at the base of national monuments, beside improbably vast fields of canola, and on the edge of inspiring valleys. 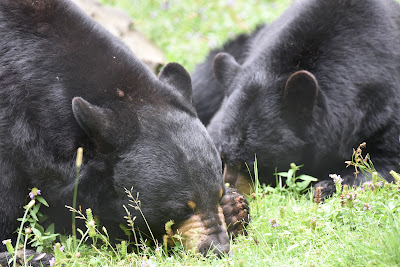 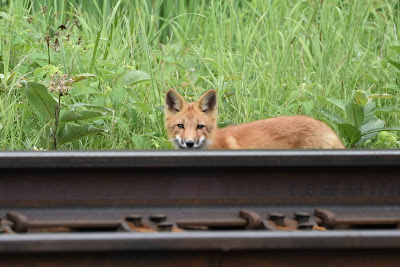 We have been regular hikers on local trails, pilgrims on Canadian Camino routes, and are now RCGS Explorers venturing across the Continent from the Atlantic to the Pacific to the Arctic. 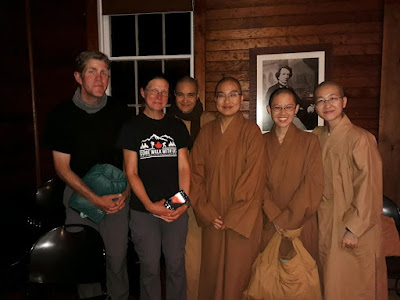 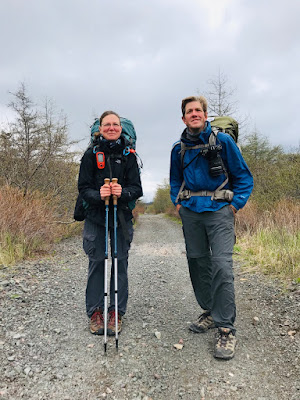 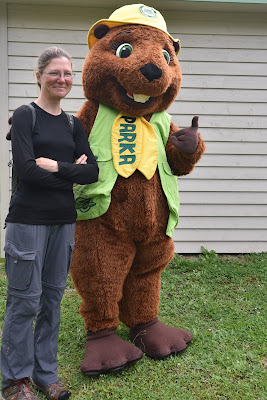 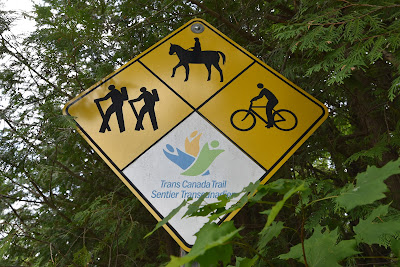 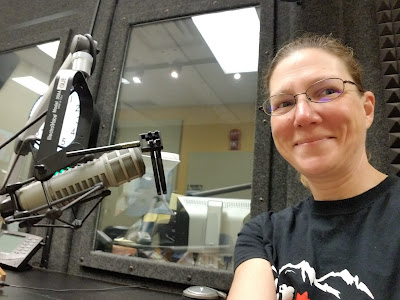 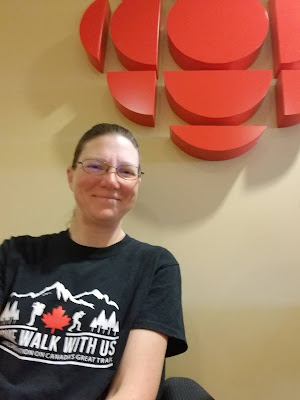 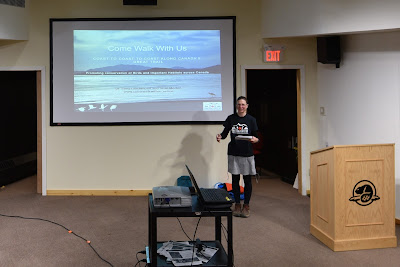 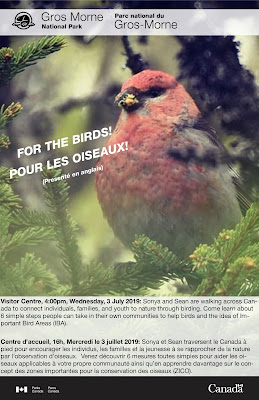 By the numbers our #Hike4Birds has spent:

365 days, trekking more than 8500 km across 8 provinces on the Trans Canada Trail.

With an average of 1265 steps taken per kilometer of trail (according to my Fitbit) that means that we have each taken an estimated 10,752,500 steps so far.

We have hiked through 8 pairs of shoes, 4 pairs of sandals, and more than 12 pairs of socks.

We have used and replaced 2 tents, 3 cameras, and 2 camera lenses.

From Cape Spear Newfoundland to Regina Saskatchewan we have taken more than 432,000 pictures and seen as well as photographed more than 352 bird species.

We have given 54 in person presentations, and given more than 70 zoom talks to nature groups, hiking clubs and classrooms.

Along the way we have produced more than 575 blog entries of our hike so far, released more than 1400 Facebook updates, and released 920 Instagram posts!

We have also been very fortunate to have had our story shared in more than 100 Newspaper articles, radio interviews and podcasts from coast to coast to coast! 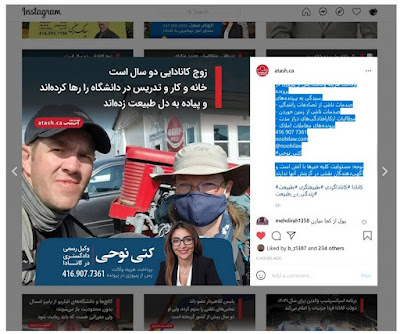 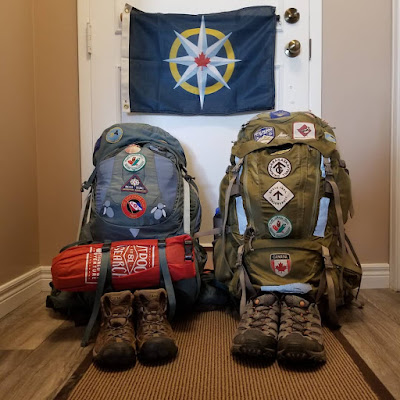 When we began this trek our neighbors were horrified that we were selling our house to fund this trek, people politely scoffed, co-workers were amazed, my mother threatened to “break my legs”, and the vast number of potential sponsors informed us that walking “wasn’t exciting”, “that it had already been done”, “that everything was already known”, “that we didn’t have a chance” and that “we lacked the right look to be inspiring”.  Yet after three successful seasons of hiking amounting to 365 days of trekking we have moved from desk to quest been featured by Ontario Nature and Canadian Geographic, collaborated with the Trans Canada trail, presented to groups such as Nature Newfoundland, the Island Nature Trust, Nature New Brunswick, Bird Protection Quebec / Protection des oiseaux du Quebec, Ontario Nature, and Nature Alberta as well as being hosted by Parks Canada throughout Atlantic Canada. And we have even received countless messages of encouragement from Canadians who have heard our story or are following along as well as gracious letters of support from the President of the Trans Canada Trail and the Prime Minister himself! 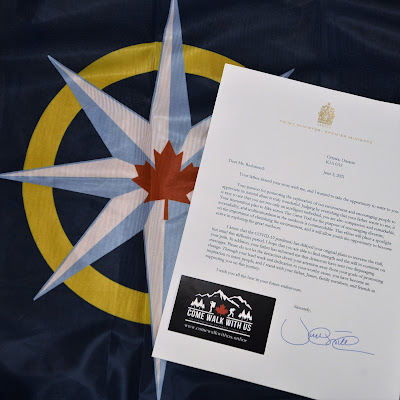 In addition to which we have been supported by people from across Canada, in 2021 we were sponsored by the amazing Royal Canadian Geographical Society as an official RCGS Expedition, as well as well as being advised by members of the famed Explorer’s Club, and are currently writing articles on each of the Trans Canada Trail sections for the award winning Eh Canada Travel website! 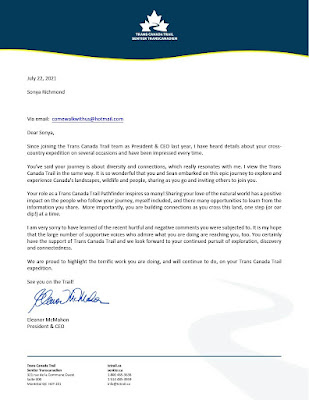 Our goals of promoting diversity, accessibility and multiculturalism outdoors while striving to get youth engaged with and connected to nature, remain the same, and our sense that it continues to be essential to help Canadians learn about Canada, to promote exploration of the natural world, and to encourage a diversity of persons to get outdoors and to discover the nation remain steadfast! 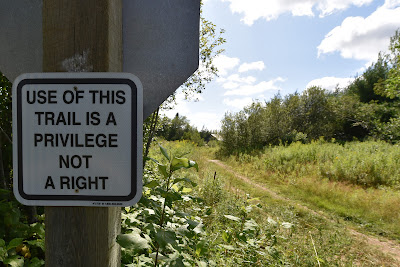 Best of all there are still at least 2 more years, more provinces and territories and new sections of the Trans Canada Trail to explore – as such there are still countless memories to gather and share with the nation!  As we have come to believe each day – the best is still yet to come!

While so much of this trek is now behind us – as always we invite everyone to ‘Come Walk With Us’ to discover Canada, its natural places, wild spaces, its historical and cultural diversity and its amazing birds! 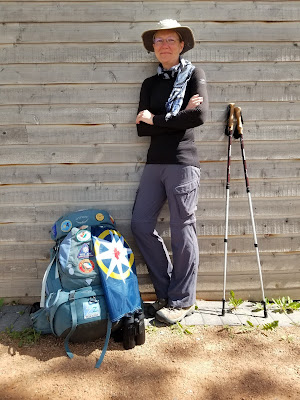