A Deluge and a Pause : A day in the Village of Schreiber

As we watched the rain pelting down outside, and felt the walls being pummeled by 90 kph winds for much of the day, we were happy with our decision to take a rest day here in Schreiber.

Schreiber has a population of around 2,000 people, and it is easy to see that both its past and present are closely tied to the Canadian Pacific Railway. The town was founded around 1883 as a construction camp, when railway employees were struggling to lay 651 miles of track through northern Ontario. The marshy and uneven terrain made the work incredibly difficult and dangerous, and many lives were lost from falling rocks. The track was completed in May 1885, and on June 28, 1885 the first steam engine rumbled through town, coming from Vancouver and heading for eastern Canada.

The CPR moved its divisional office to Schreiber in 1912, and it became a 'home' for many railway employees who worked the rails between Thunder Bay and Schreiber and between Shreiber and White River. The company built many homes for its employees, which can still be recognized today, and are still in use. CPR remains one of the largest employers in the town, together with the pulp and paper mill in Terrace Bay. 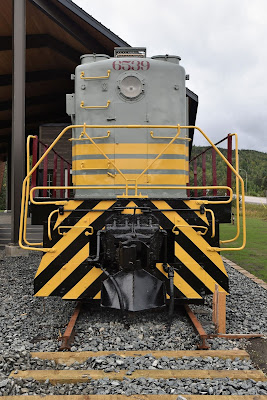 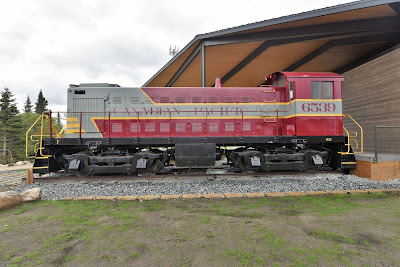 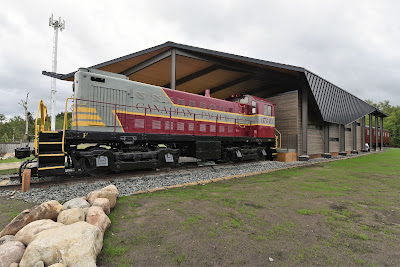 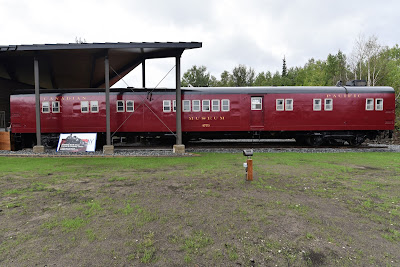 During breaks in the rain we explored parts of the small town. The importance of the railway was evident from our brief tour. We walked over to the Railway Museum, which was under construction. The new building has a beautifully restored steam engine at one end, a railway carriage at the other, and a rectangular building in the center that will house the exhibits. It is a very cool design.

We also learned that the town was named after Sir Collingwood Schreiber in 1885. Sir Schreiber was born in England, and emigrated to Canada West in 1852. He became a Canadian surveyor, engineer, and civil servant who was instrumental in the expansion and development of the railway across Canada. 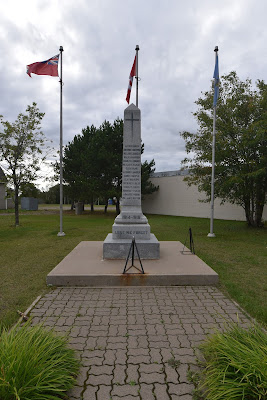 We also visited the WWII Memorial, commemorating the veterans who fought in the world wars. At the memorial site was an historical plaque commemorating the Japanese-Canadian Road camp that was in the town from 1942-1944. During the second World War Canada's federal government forcibly evacuated Canadians of Japanese ancestry from the west coast of British Columbia. Many of the men sent to northern Ontario in 1942 were employed building the Trans Canada Highway. Many subsequently left the road camps to find work on farms, in lumber camps, or at pulp and paper mills. After the war quite a few of these young men brought their families east, establishing a Japanese-Canadian community in northern Ontario. 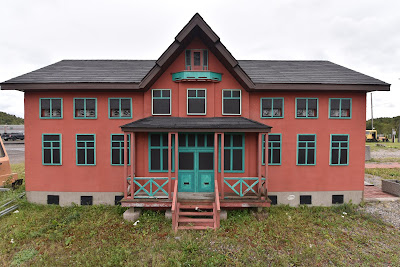 There were a lot of historical plaques around the small community, describing and showing photos of what it looked like during its heyday. There was also a miniature replica of the old YMCA building where people used to go to socialize. They could go bowling, play cards, dine, and find accommodations there.

As we walked around town we noticed that quite a few of the businesses, including a motel, restaurant, gas station, convenience store, and sporting goods store were owned by the Filanes. It turns out Schreiber is home to Cosimo Filane, who is an online entertainer, and Dominic Filane, who was a 10 time Canadian Boxing Champion (1990-1999) in the light fly weight division, as well as a 2 time Olympic Boxer. 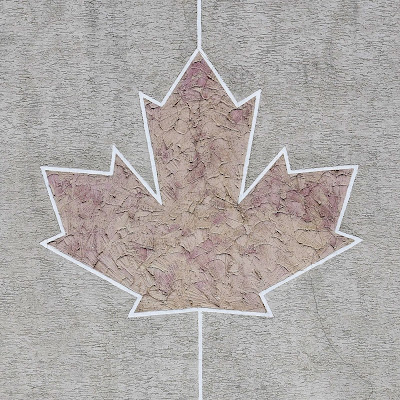 Although we were able to explore a little between rain showers, we spent most of the day catching up on photo editing and blogging. Tomorrow we will get back to the Casque Isles Trail!