Hike the Trail you are given : Westward ho? or Eastern Bound?

Normally hiking is a simple task, you plan a little, you figure out the logistics, you get your gear and then you trek from point A to point B.  In the case of our trek the plan was always to start in the East on the Atlantic shoreline and venture West to the Pacific and then when we ran out of trail - much like Forrest Gump – turn around and continue onward and Northward.   Relatively speaking, there were to be few decisions along the way – something which suits two naturally indecisive people – we would just get out there and trek following the generally straight line of The Great Trail each day, each week, each month and each year from East to West to North.  It all sounds so simple, in theory. 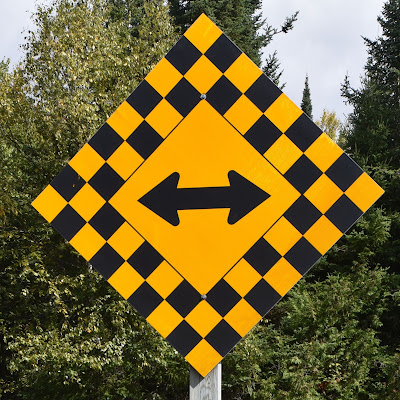 Our stopping point last year of Riviere du Loup, Quebec was largely chosen for us by the increasing snow levels and dropping temperatures of early winter and the convenience of a Via Train station.  The accessibility of the region by train meant that we assumed that we could just as easily return in 2020 to where we were about to leave in 2019.  Covid of course put all of this into disarray.  Quebec sealed its borders, provinces locked down, and outdoors activities were limited.  Earlier this year we watched as March, then April and then May – all months that we had planned to be trekking – passed by.  By late May, when some of the provinces began to reopen we made the call to see if we could get back to Quebec.  The reality however was that we couldn’t and so – respecting the norms, laws, and circumstances of the moment necessary to protect communities across the country our decision was made and we turned to the next best possibility – starting in Ottawa Ontario – the province’s eastern most point from where we could continue westward.  A hard choice with big consequences , since it meant setting aside La Belle Province until later.
Figuring out when and how to come back to Quebec could wait, we had months ahead of us, lots of time to decide, and thousands of kilometers to cover before we would have to address the issue.  Except, as it always seems to, the year has passed by very quickly.  As a result, four months later we are faced with question after question and decision after decision.
Given the usual trends in the weather we assume that at the most we have until mid November or two months left to hike in.  We are therefore left with several possibilities for proceeding onward in 2020.  The two viable options require us make our best guesses, hope for the best outcomes for weather, strive to limit our costs, and present us with challenges for next year’s trek to the Pacific Ocean.
On the face of things our options are relatively clear. We either continue west into Manitoba or we return to the east and venture across Quebec.  However these choices are rarely as simple as they might seem.
Where do we have the best chance of being able to hike the longest and farthest without entering into extreme winter weather considerations which might force us to leave another segment unfinished?  Is it better to trek Quebec in the fall for the beauty and colours or get through more of the Prairies out of the blazing heat of the summer? Is it better to catch part of the fall migration of birds in the Prairies or enjoy all of the spring migration there? Will there be another Covid lockdown?  Will there be one in the fall of 2020 or even another in the spring of 2021?  Where is it best to be in order to keep being able to safely advance along the trail if either of these scenarios happen?  If we continue on into Manitoba venturing beyond Winnipeg where can we reasonably expect to get to and be able to get both off and back onto the trail (especially since Greyhound and Via rail are not running)?  If we return to Quebec where do we start hiking from since neither VIA rail nor the local shuttle are operating taking people into the Charlevoix region? What are the costs of travelling from one point to another – flying from Thunder Bay to Quebec City, flying from Winnipeg to Quebec City, getting from either place to wherever ‘home’ is going to be this winter? How do any of our choices effect the options of next year’s trek?
What we have come to see is that there is no easy choice.  Both options lead to problems either this year or next year.  Both have the potential to force us off the trail once again due to winter weather or quarantine.
There is however a slightly more demanding possibility that – if we time it just right – could work. In fact it is a very Canadian possibility - as it is a compromise choice.  Our decision need not be as simple Manitoba or Quebec, but instead it could be Manitoba and Quebec.  If we can keep up the pace of 30-35 km a day, take no days off, and the weather holds it just might be possible to get to Winnipeg and then fly back to Quebec to then trek from Quebec City to Ottawa.  Two steps forward, one step back.  It also means that we will – in an interesting twist of fate trek between 3500-4000 km this year only to end exactly where we began in May (somewhere there is a message in that for us).
Completing this option would mean that we would end 2020 having fully trekked from Cape Spear Newfoundland to Winnipeg Manitoba in our first two years. This in turn would set us up to be able to venture from Winnipeg to Victoria British Columbia in 2021. 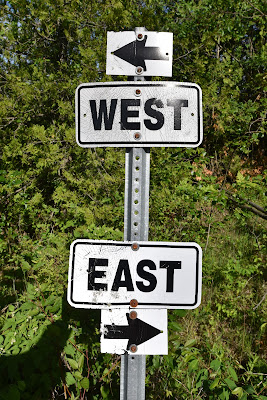 With none of these options or potential decisions are there guarantees, we might find ourselves stopped by the pandemic or brought to a halt by bad weather in either Manitoba or Quebec.  Then again, none of this trek was ever premised on sound reasoning - it has always been tied together with challenges, determination, and a lot of hope that things will work out as they are meant to.  After all our trek could stop on any given day, either of us could get sick, get hurt, or have demands that require us to leave the pathway – we can only take one day at a time and hope for the best.
We dream, we plan, and then we strive to move forward and figure it out as we go.
Over the past month we have waffled back and forth in terms of deciding what to do.  Venturing to Quebec and taking it slow to enjoy the region in the fall is very appealing.  Walking across Manitoba and possibly to Regina Saskatchewan this year amid the cool fall weather and beginning 2021 in Quebec before returning the prairies sounds good too.
Both of these have been heavily debated options.  However, in the end we have chosen the route which is the largest gamble, but which we feel will make the most sense - at the moment.

There is also no denying, that as we write this, both provinces of Quebec and Ontario are contemplating massive lockdowns again owing to what seems to be rising numbers of Covid cases along the very route we would travel when we return - Charlevoix, Bas St. Laurent, Quebec City, Montreal.  So this entire itinerary is obviously subject to revision in accord with what is responsible to do.
With all of that said, at the moment we intend to trek the 378 km from the provincial border to Winnipeg Manitoba by Oct. 7th and fly back to Quebec City to trek the almost 1000 km back to Ottawa by the onset of winter.   It is clear after dozens of emails that the Charlevoix region is beyond our region, as a result it will be yet another of the small pieces of the trail that we have to set aside for now.
In a frenzy of optimism we bought our advance tickets at 5 am this morning.  We now have 16 days to venture from Kenora Ontario to Winnipeg Manitoba.
How it will all work out in the end is a mystery – but then again that is how life is at its best.
So the answer in short is that our next step is to province number seven – Manitoba.