Craigmore to Port Hastings and the conclusion of Cape Breton

Despite our long day yesterday, we were up early, packed, and walking down the trail by 6:30 am. As we watched the sun come up and turn the ocean pink, we passed several retired folks out for their morning constitutional, and a few stopped to chat. Watching a sailboat make it's way by in front of the red cliffs on the opposite shore, and listening to the gulls laughing above was very tranquil and peaceful. 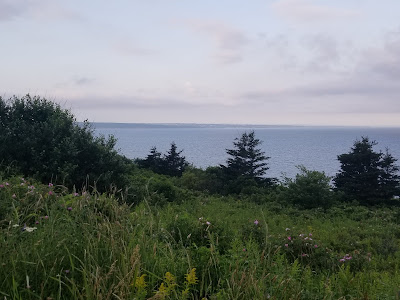 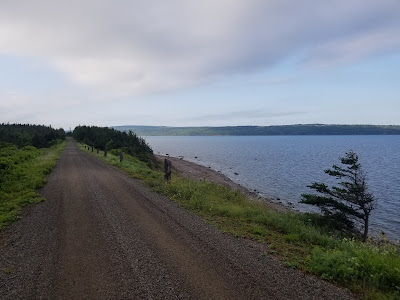 We only had 14 km to hike to reach Port Hastings, where we planned to pick up a resupply box at the Post Office before they closed for the long weekend. The first few kilometers we walked along the cliff tops, passing several lookout points complete with benches, picnic tables, and hammocks with peaceful views over the ocean. 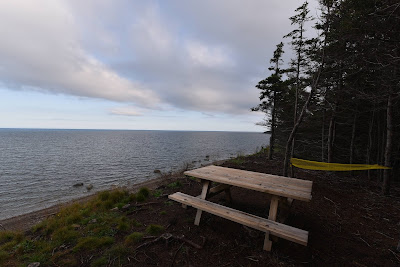 Slowly the path descended to water level. We walked between pink, purple, yellow, and white wildflowers, and crossed a trestle bridge over a beautiful river. We stopped to watch a pair of Belted Kingfishers, one of which hovered high above the river before suddenly plunging down and catching a fish amid a big splash! 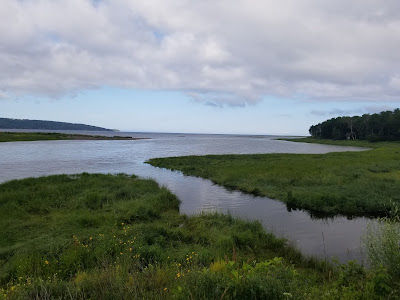 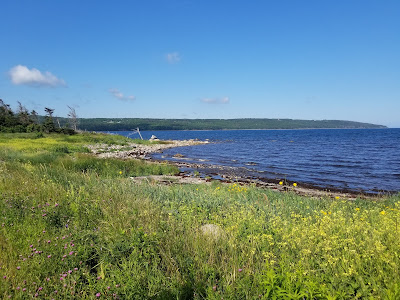 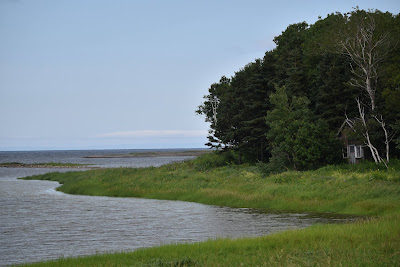 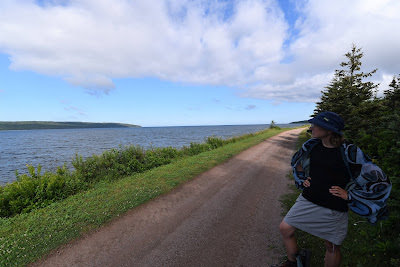 After crossing the river and an accompanying wetland we came to a parking lot with another Great Trail pavillon. There were half a dozen vehicles there, some belonging to people getting ready for day hikes and jogs, and a few campers. A few people stopped to chat before we continued on. 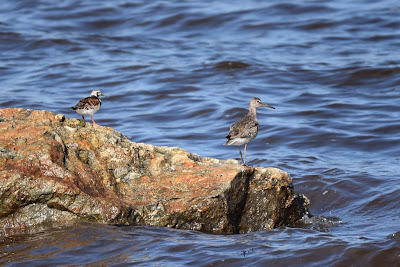 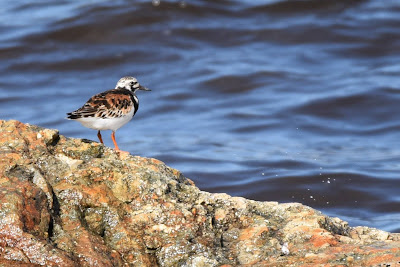 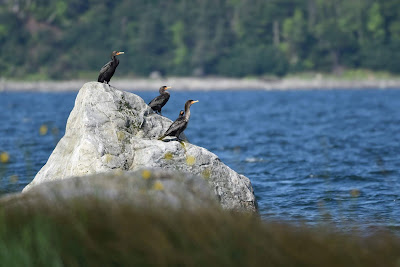 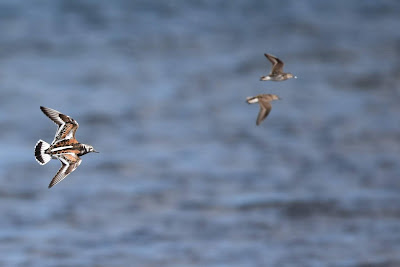 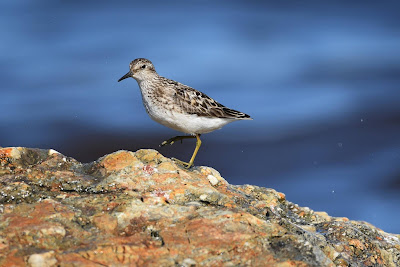 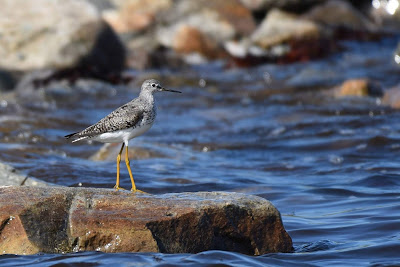 The trail then led down to the beach, and we stopped when we heard the loud demanding cries of a group of Greater Yellowlegs. As we stopped to watch, we saw not only four Greater Yellowlegs, but also a Ruddy Turnstone, a Least Sandpiper, a Solitary Sandpiper, and a Willet! A group of six Double-crested Cormorants, three Greater Black-backed Gulls, and a Common Tern were also present in the deeper water. 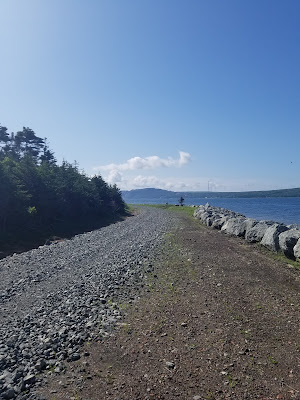 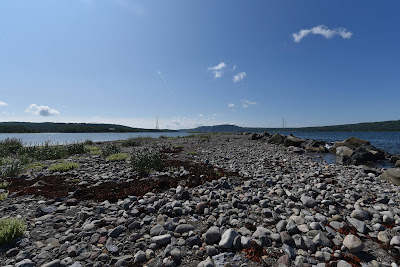 After stopping for quite a while to enjoy and photograph the lovely group of shorebirds we continued on down the trail. Quite suddenly we found ourselves stumbling across a beautiful rocky beach.   The trail had turned from wide,flat gravel, to a grassy track, to rocky beach. There was ocean on one side and the Canso Canal on the other. 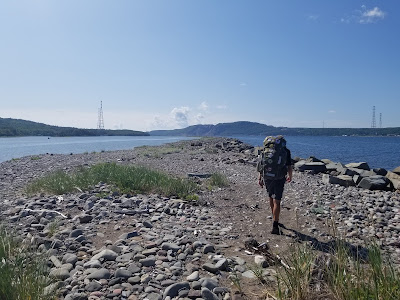 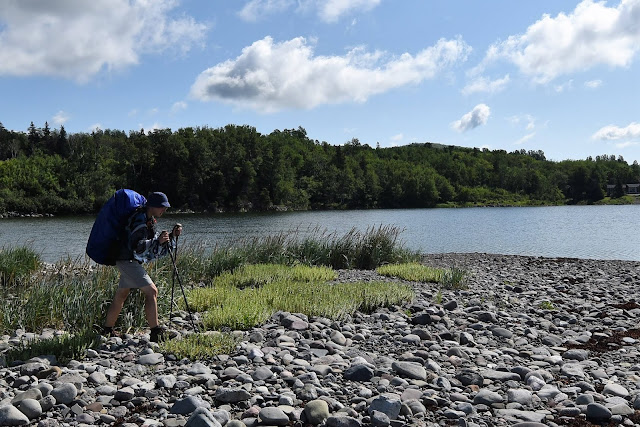 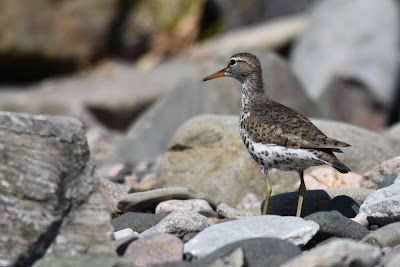 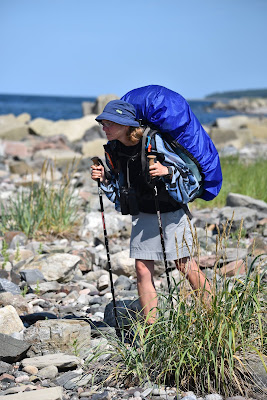 The heat was beginning to build, but it was quite interesting to see the seaweed, shells, and driftwood washed up on the breakwater. It felt like we would have been under water if there had been stormy weather.

As we walked along the 5 km spit we came across a Spotted Sandpiper. As we watched two brand new, tiny, fluffy babies scurried over the rocks to hide in a tuft of dune grasses. Baby Sandpipers are so cute! 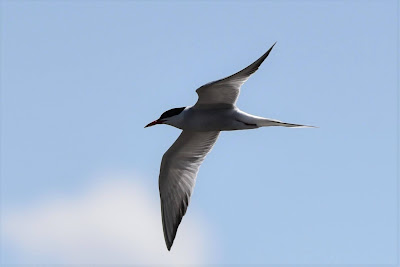 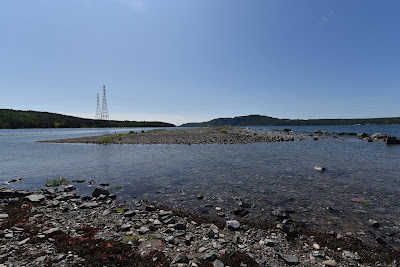 When we got halfway across the spit we came to a break in the trail. We had to wade through the ocean to get to the other side. The water was much warmer than we expected, although apparently it can get up to 73 °F in these parts. The crossing was knee deep, and it felt nice in the heat.

When we reached the end of the sandbar we crossed a small metal bridge, and came out at the base of the Canso Canal, next to the Canso Causeway, which will take us over to mainland Nova Scotia. 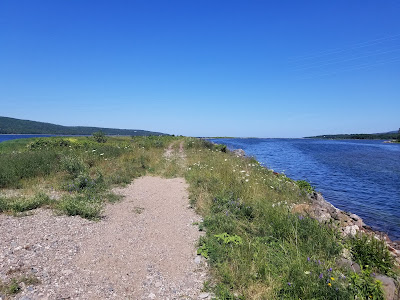 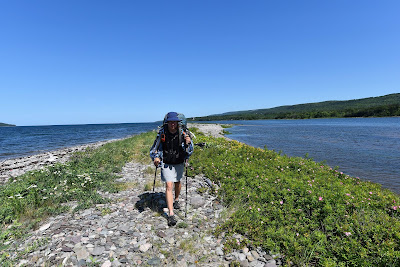 We turned in to Port Hastings instead, and walked along some rather hair raising highway interchanges, with very fast moving traffic, to the edge of town. We were extremely happy to pick up our resupply package, which contained our summer sleeping bags, and meant we could finally be free of our -18 °C bags in the heat (ar least for a few weeks). Of course my parents included lots of treats in the box as well, so it felt like Christmas all over again. 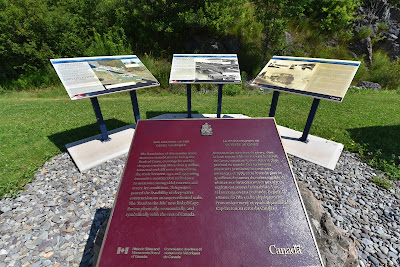 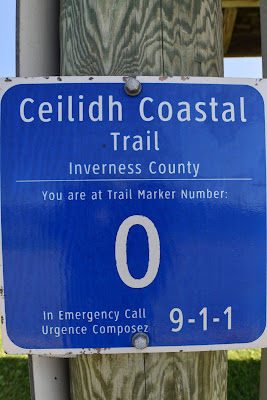 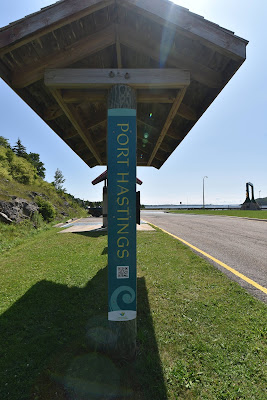 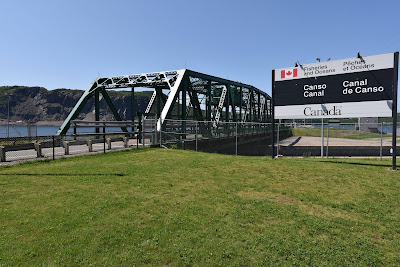 It was a wonderful end to a short day of walking. This afternoon we are taking a break here in the beautiful seaside town of Port Hasting, before crossing out of Cape Breton and into the mainland portion of Nova Scotia.  Despite all the beauty and wonder that we have seen and experienced....the adventure is just beginning.  Throughout our next 30 days we will be trekking south instead of west, to the great cities of Dartmouth and Halifax!