The last few days of long road hikes in the heat have taken their toll, so we took a break today. It rained quite heavily during the night, and on and off during the morning. We spent a lazy few hours in the tent, getting caught up on journals, emails, and other things. 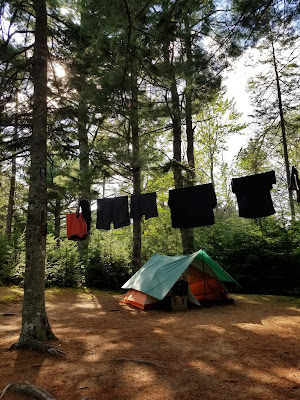 By late morning the weather had cleared somewhat, so we walked down the highway to visit the Shubenacadie Provincial Wildlife Park. This park and wetland represent a partnership between the Nova Scotia Department of Natural Resources and Ducks Unlimited Canada. Visitors can view many birds, mammals, and reptiles that are native to Nova Scotia, learn about their natural environment, walk through a rehabilitated marsh, or discover wetlands and their importance in the Wetland Center. There are also quite a few exotic birds and mammals to enjoy. 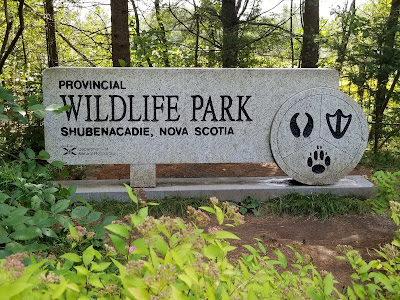 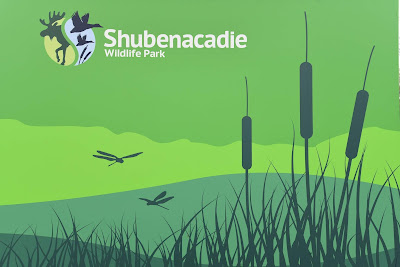 The wildlife at the park is captive raised or born, or was injured in the wild and unable to be released following rehabilitation, and it is housed in large treed enclosures which approximate natural environments as much as possible. 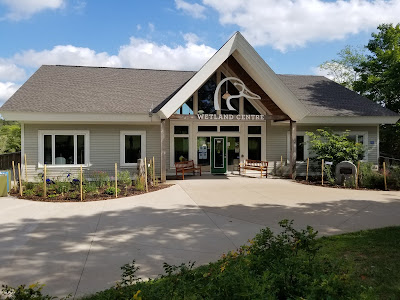 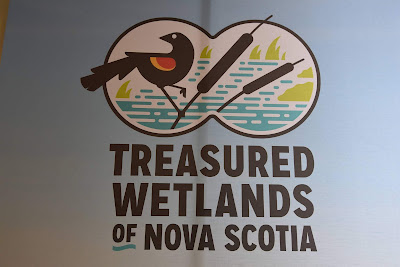 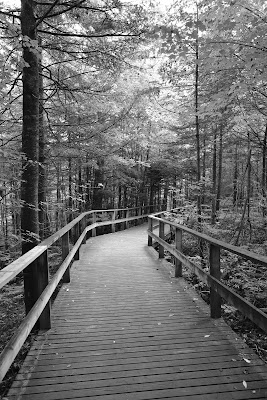 On the forest trail we enjoyed getting close-up views of a Barred Owl and a Great-Horned Owl, which we have heard calling many nights on the trail. 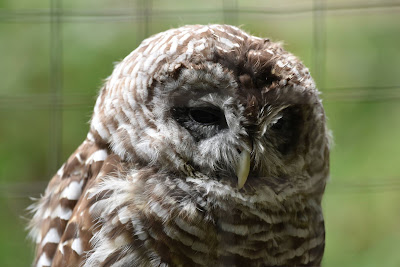 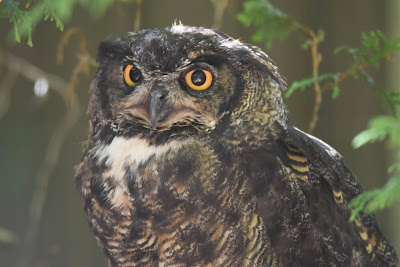 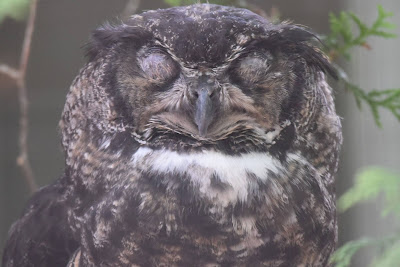 There were also two very large and healthy black bears which we enjoyed watching. They seemed to be fond of each other, and as they companionably grazed on the fresh grass they wrinkled their noses. 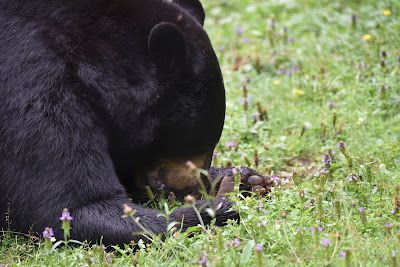 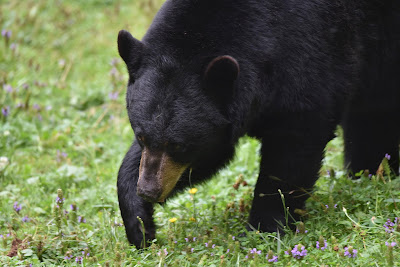 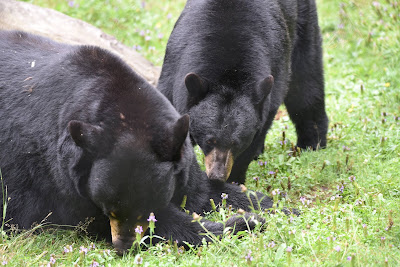 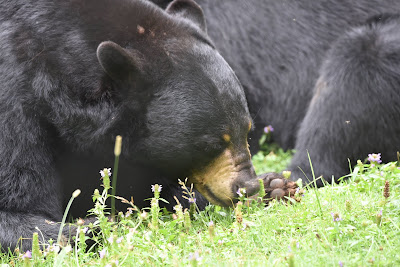 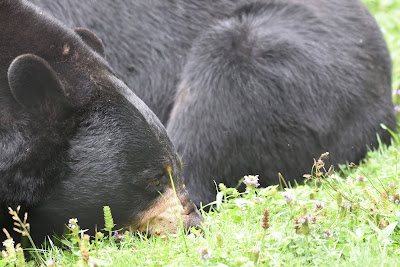 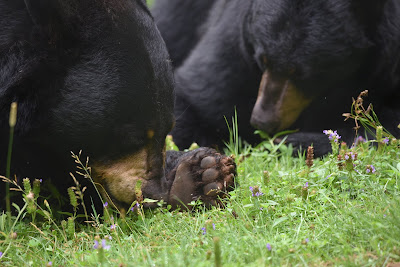 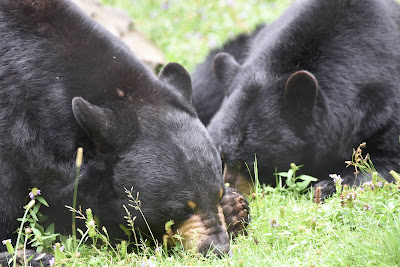 After visiting the porcupine enclosure, I have decided this is probably my new favourite animal. All three porcupines were asleep, draped over branches with all four paws dangling. Occasionally they would open an eye, yawn, shift positions slightly, and then snuggle down again. 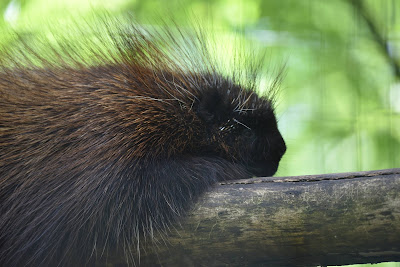 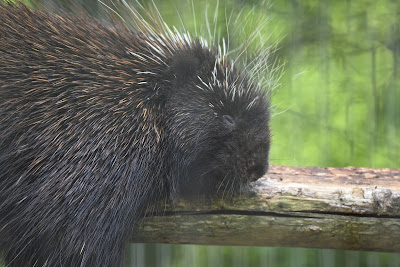 One of the most famous inhabitants of the park was sensibly in hiding during the afternoon heat. Shubenacadie Sam is the first groundhog in North America to make a weather prediction every Groundhog Day (Feb. 2nd), and he calls this park home. 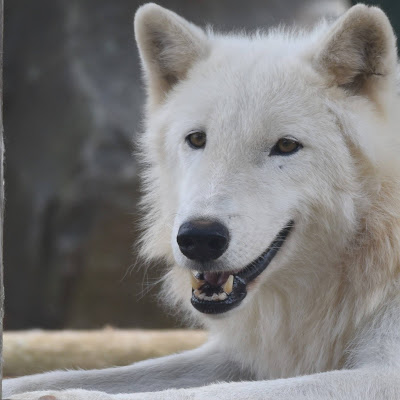 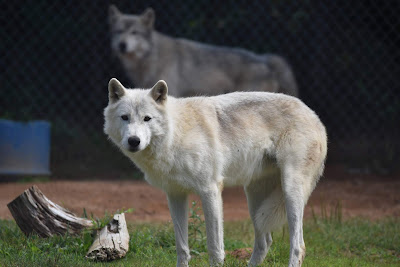 Some of the most impressive animals included a large, powerful, pure white Arctic Wolf, and two slightly smaller Timber Wolves. 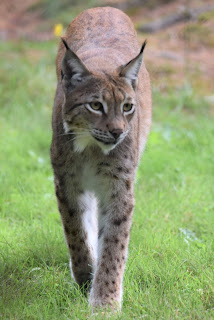 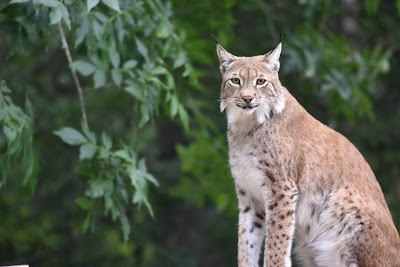 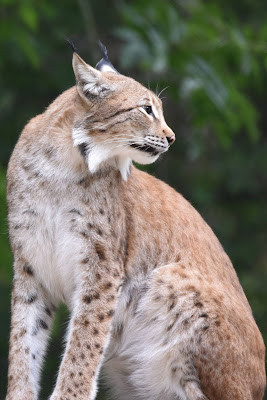 The Eurasian Lynx, who was eyeing the younger park visitors with a disturbing degree of interest, was also extremely impressive. 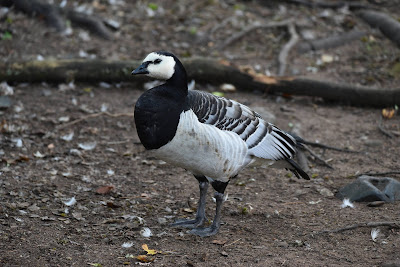 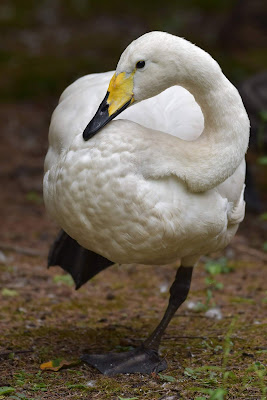 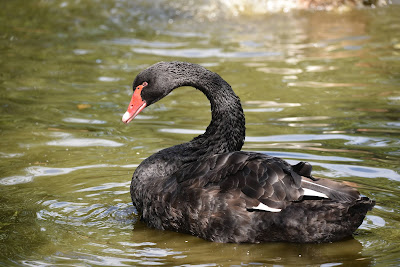 We also enjoyed the variety of uncaged waterfowl in the park and marsh, which included a large population of Mallards, a Barnacle Goose, a Black Swan (found in Australia and Eurasia) and a Whooper Swan (Eurasian). 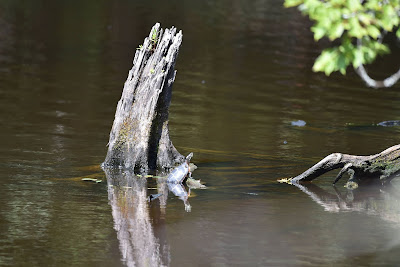 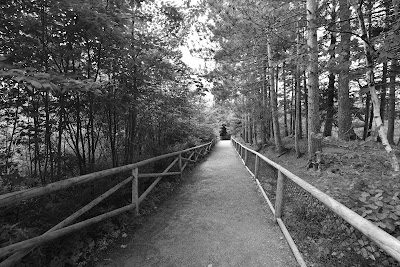 We spent most of the afternoon in the park, enjoying the wildlife and a day off. When the heat finally began to abate around 5 PM we reluctantly returned to camp to work, make dinner, and plan the coming days. For the first time since leaving St. John's 74 days ago, it felt like we spent a lovely summers day off. 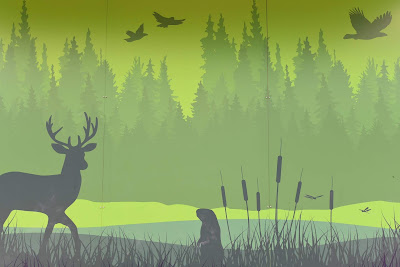