This morning we had a bit of a late start, because we had an interview with a very nice and knowledgeable reporter from the Advocate at 10 am. After the interview he waited for us at the first crossroads on the trail, and took a few photos of us hiking. 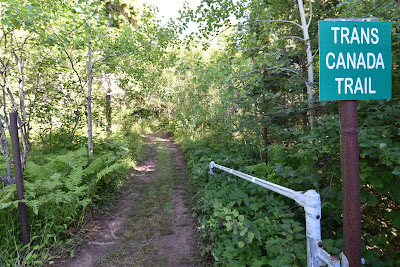 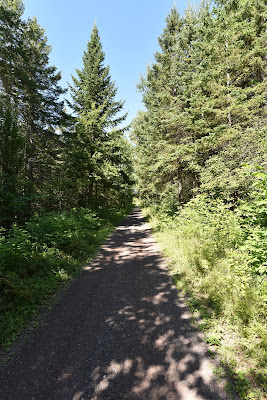 Today we followed the Jitney Connector Trail, and it was just as fantastically well groomed as the Celtic Shores Coastal Trail! It was a flat, pea gravel trail which was surrounded by a lovely green corridor of shade trees. The sun dappled forest on either side was idyllic, and in many ways this warm summer day couldn't have been more perfect for hiking, or just hanging out outside. 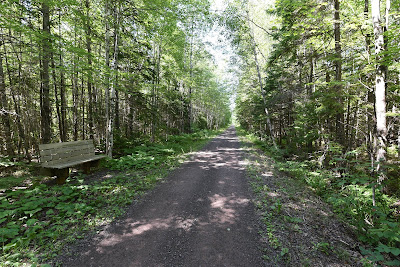 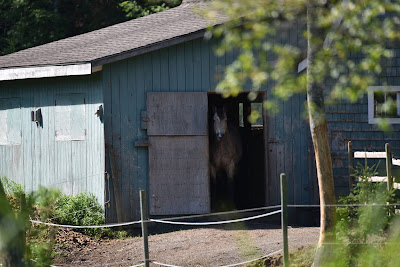 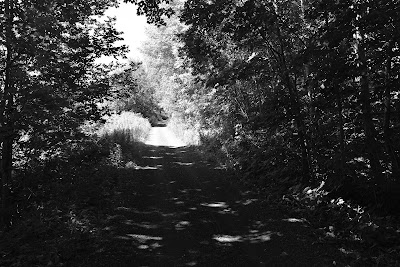 When we came to the small but beautiful community of Scotsburn we were delighted to find Deb's Hidden Bakery right on the trail! Scotsburn is the home of Scotsurn icecream, so it seemed impolite to leave the town without trying some of their famous product :) When we stepped into the bakery we discovered a plethora of homemade goodies. There was gingered zucchini spread, crabapple jelly, lilac jelly, cucumber mint spread, chockcherry jam, and at least a dozen different kinds of relish. It all sounded delicious! 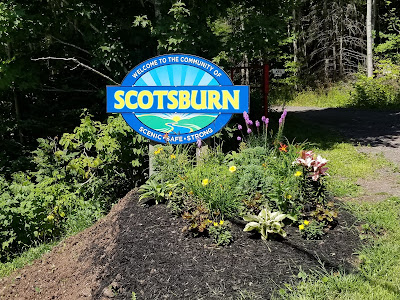 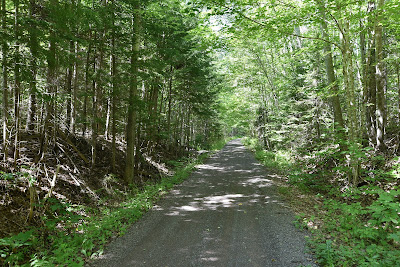 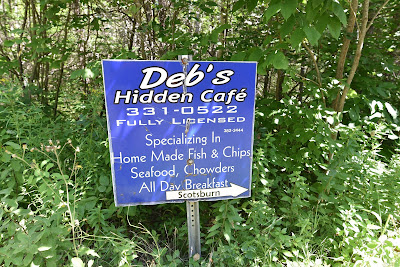 While we were enjoying a date square a cyclist came in and ordered lunch. He had seen the patches on our backpacks outside, and struck up a very interesting conversation. He too had walked the Camino, but he has also been hiking, biking, and paddling all the way around Nova Scotia, as well as in other locations. It was lovely to meet another adventurer, and talk about trails we'd shared. 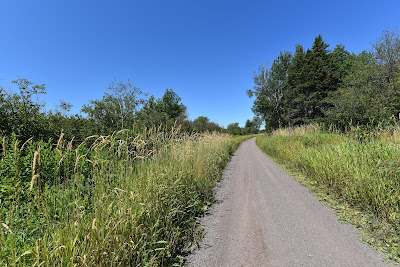 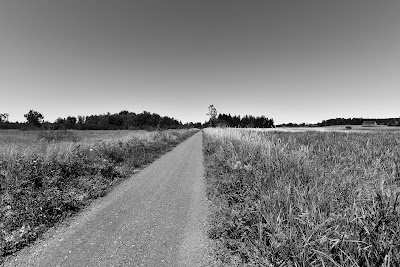 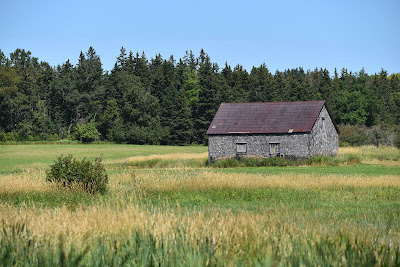 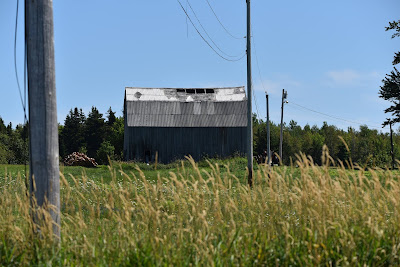 After our break we continued along the trail. It was truly beautiful! We walked through forested tunnels, past marshes, and among fields of hay and cows. In many places the path was bordered by blooming goldenrod, and for much of the day the loud buzzing of crickets waxed and waned, along with the occasional buzz of a cicada. Something has shifted, and it feels like summer is beginning to draw to a close. Yikes. 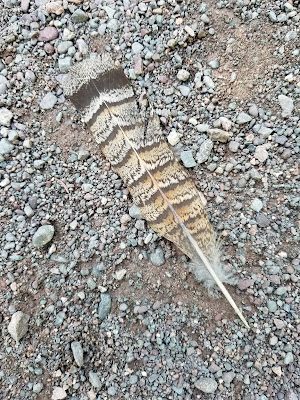 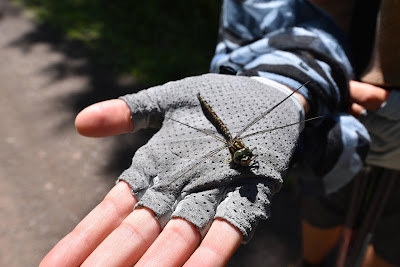 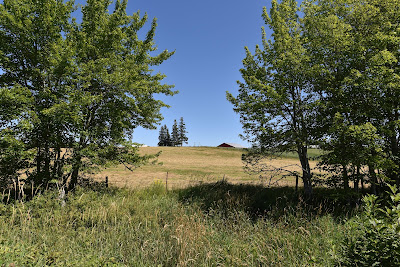 For the most part the birds are very quiet now, having finishing raising their young, and perhaps beginning to molt and fatten up before making the long trip south. Looking closely we saw Red-eyed Vireos, Dark-eyed Juncos, and American Robins moving about in the forested sections. In the open fields we saw and heard lots of American Goldfinches busily moving about, as well as several Cedar Waxwings, and a Ruby-throated Hummingbird. One of the highlights was seeing an Eastern Kingbird perched atop a bleached snag on a beaver pond. Otherwise it was pretty quiet. 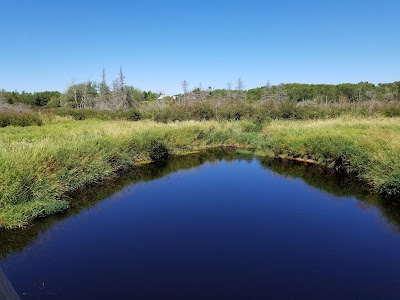 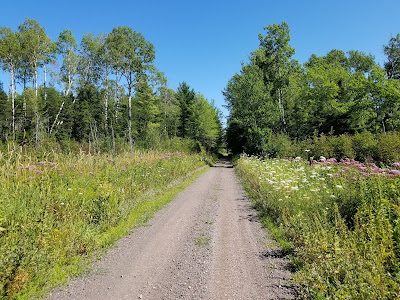 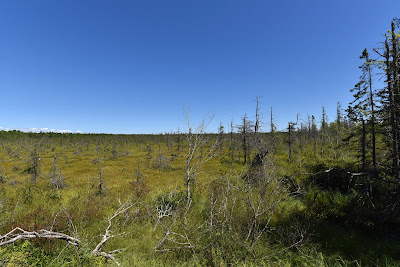 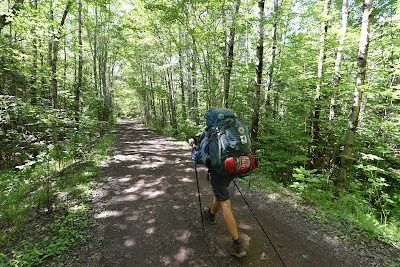 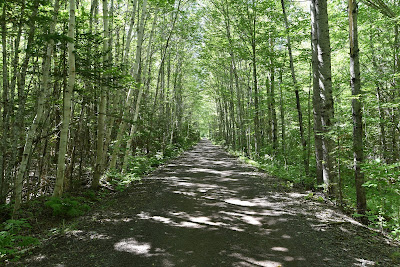 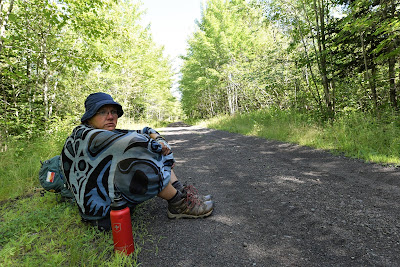 Because we began so late we only made it to around 24 km. We found a small pond for water and a spot to pitch the tent. As it turned out the pond is home to several very active beavers and an abundant population of leaches. Here is where we put our faith in our Sawyer Squeeze water filter and our Aquatabs. 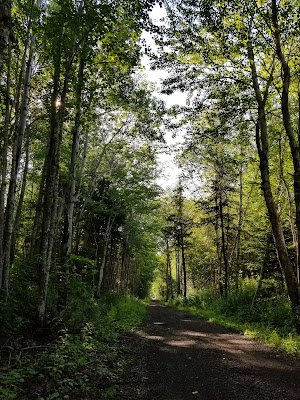 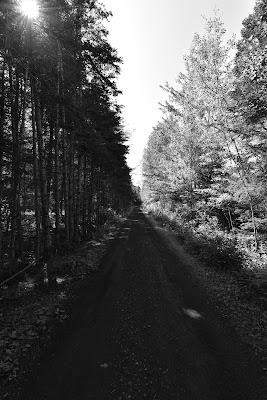 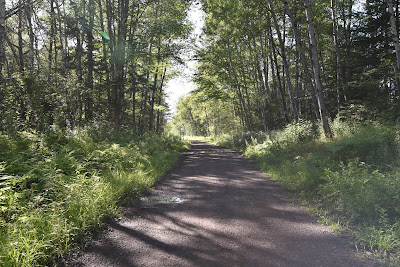 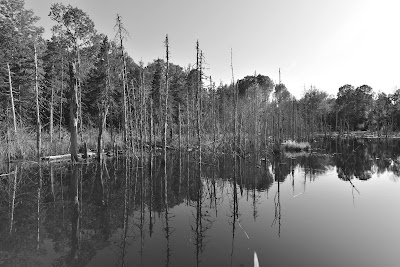 As we made dinner we listened to the staccato drumming of two Hairy Woodpeckers in the poplars above us, as well as an Eastern Wood Peewee whining above us. In the distance we can hear a Wood Thrush singing. It is another beautiful spot to stop for the night. 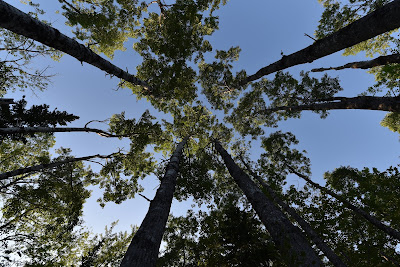 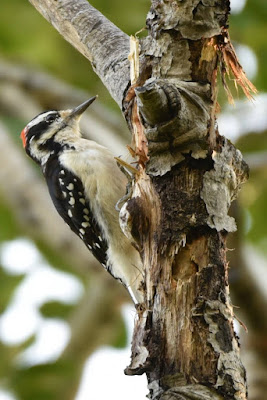 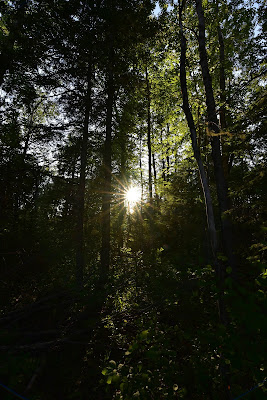 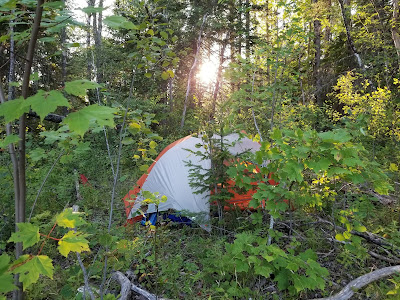 We got one disappointing bit of new just before bed. Despite being led to believe in two emails and two phone calls that our talk at the Pictou Library hadn't actually been scheduled in the end, we got a very nasty Facebook message accusing us of shirking our responsibilities and failing to show up for our scheduled commitments. We feel terrible about the incident, and will do everything we can to avoid a repeat in the future, but we're not sure what else we could have done, and it was an unfortunate and frustrating way to end the day.
Posted by Sonya and Sean at 7:08 AM