Last night, as we camped beside the small beaver pond, we heard an owl calling! We think we also heard the beaver, scrabbling in the bushes and grumbling to itself.

This morning dawned clear, calm, and warm. As I cooked breakfast I heard a single Red-eyed Vireo singing, as well as a lone Eastern Wood Pewee. 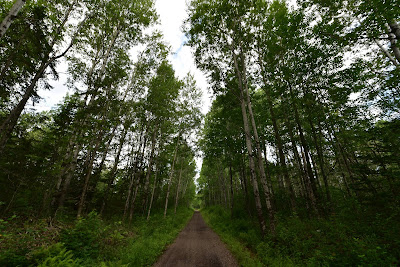 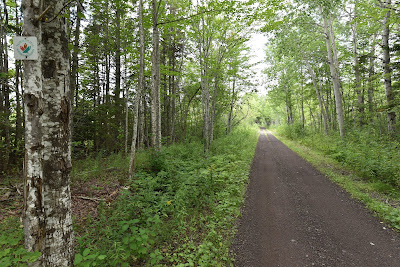 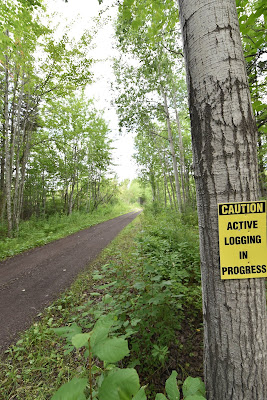 The first 10 km of our hike were a continuation of yesterday. A gorgeous trail bed, and lots of shaded sections through beautiful mixed forest. At one point we passed signs warning of an active logging operation, but the logging had clearly been done several years ago at least, and regeneration was under way. 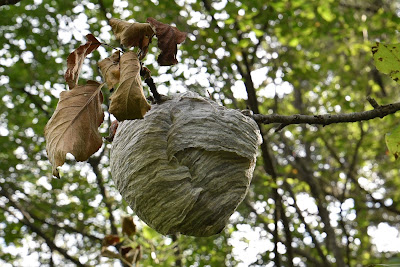 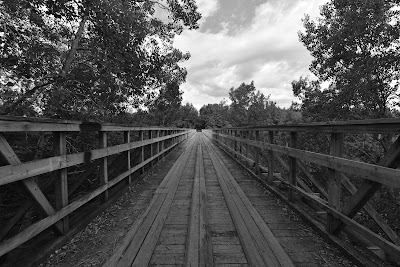 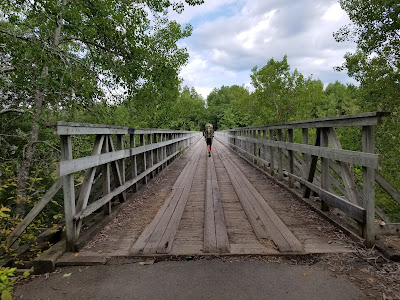 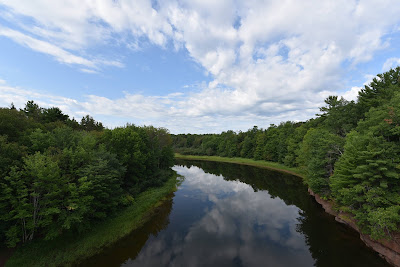 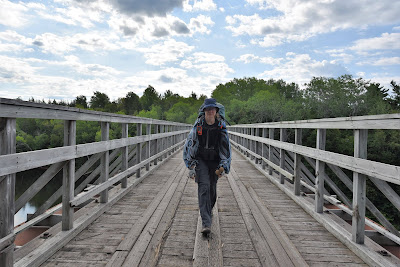 Some of the highlights of today's trail section included several beautiful trestle bridges. The bridge over the River John, which was still flowing nicely far below the trail was particularly impressive. Many of the rivers shown on the map, and many of the stream-beds we pass now are completely dry. 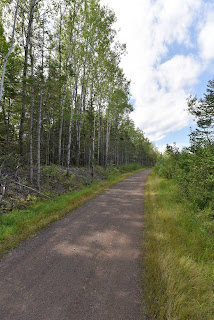 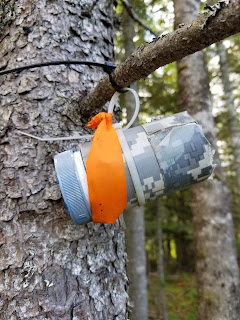 Right around this area we spotted a geocache hanging at the side of the trail. When we went to log our find we discovered that this entire section of trail has a cache every 100 m or so. This would be a fantastic place for a geocaching trip! 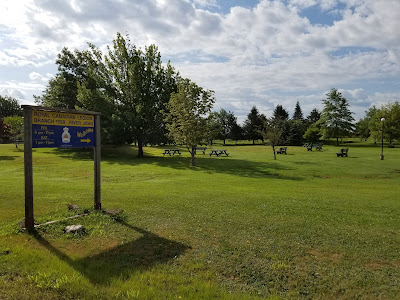 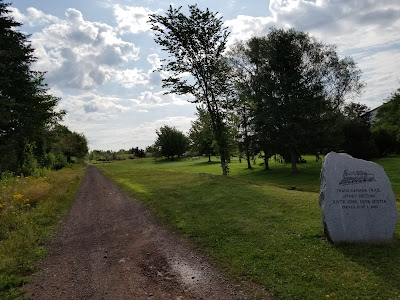 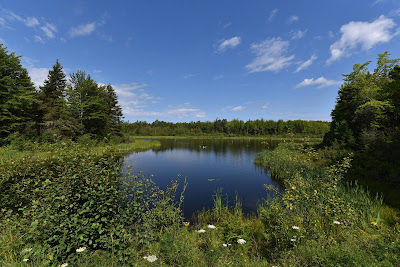 Around the community of River John we also came to one of the nicest looking Royal Canadian Legion Halls we've seen yet. It had a huge grassy property with a pond and lots of benches, and there was a large welcome sign on the trail. Sadly it wasn't open as we walked past, but we felt it was a very positive reminder of all the Legion members have give us. 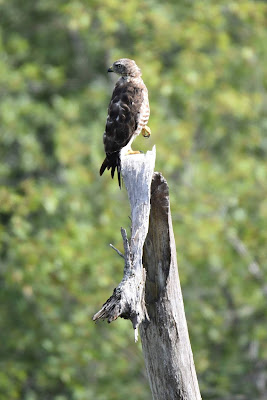 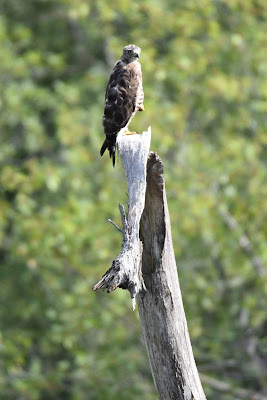 Although it was generally quiet on our walk today, we did still hear quite a bit of bird activity, unlike yesterday. A couple White-throated Sparrows pierced the forest with their loud, clear song, along with Red-eyed Vireos, Blue-headed Vireos, Wood Thrush, Black-throated Green and Yellow Warblers, and lots of Black-capped Chickadees. One of the birding highlights came when we paused on the edge of a wetland to photograph a hawk that perched photogenically on a snag, and a family of three Belted Kingfishers chased each other noisily through, with their loud, dry, rasping calls. As we watched a Ruby-throated Hummingbird sat on a branch in front of us before quickly zipping away. 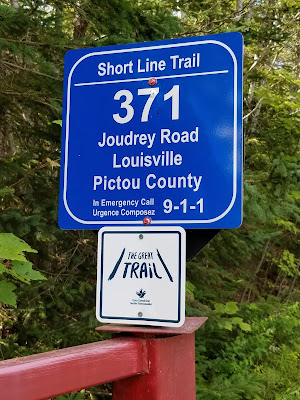 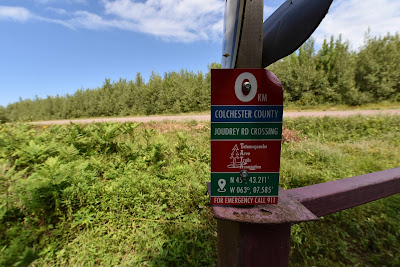 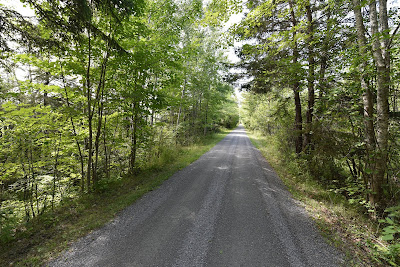 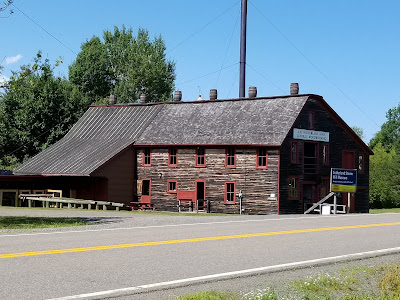 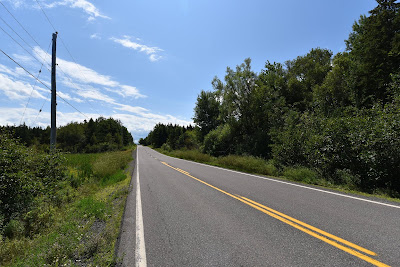 Around late morning we came to the Sutherland Steam Mill Museum. This turned out to be a very beautiful and well maintained red sided building, with lots of visitors being guided around the premises. A very nice groundskeeper stopped for a chat and allowed us to refill out water bottles with cold, clean water, for which we were most grateful. 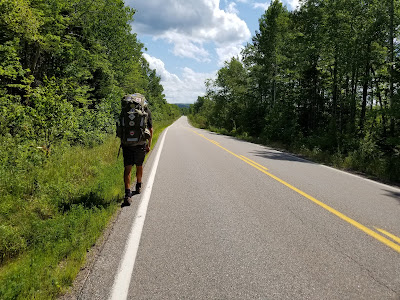 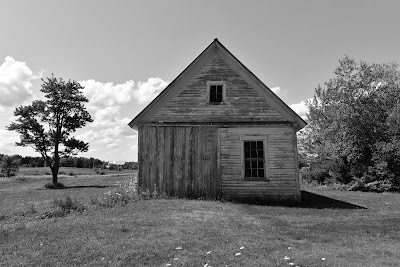 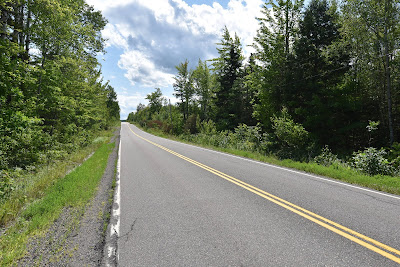 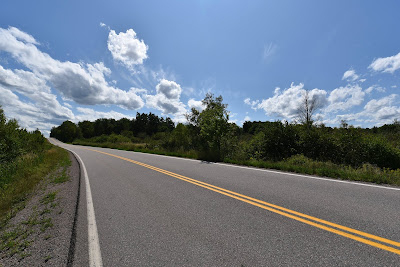 After passing the mill we turned and began heading south on the trail. This marked the point at which we definitively are not going straight on to PEI or New Brunswick, but are definitely detouring down to Halifax. What followed the turn were 17 km of road walking. 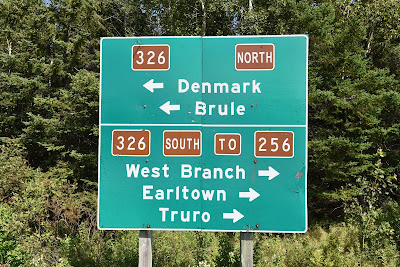 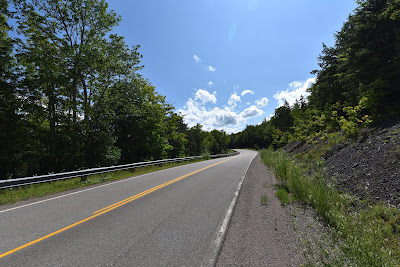 Unlike previous roads sections, this was a busy road with almost no shoulder at all. I'm sure the winding hilly drive would have been lovely from a car, but for walkers it was hot and shade less, and the constant climbing was exhausting in the hot afternoon sun. In case you haven't realized yet, the road sections of this trail are among our least favourite and some of the most challenging parts of our days. 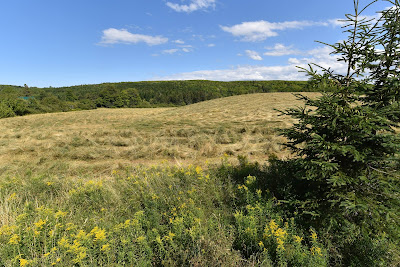 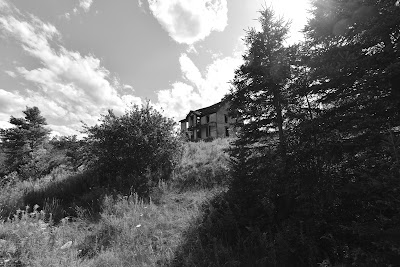 We had hoped to get through the entire road section, which would have made our day 35 km, but when we finally found a small trickle of cold, fast flowing water at the side of road around 4:30 PM we decided we'd had enough for the day. We have about 7 km of road left for tomorrow. 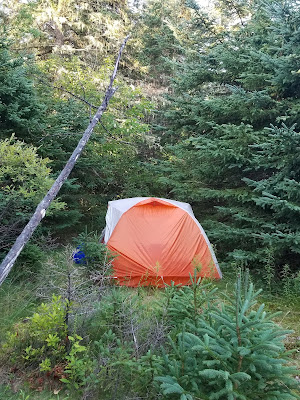 We found an old grassy track that looks like it hasn't been used in years to pitch the tent on. There is the foundation of an old house beside us, and what looks like the remains of a gravel pit behind us. It is treed, shady, and out of sight. Best of all the water source is ice cold, fast flowing, and appears to leach free. Hopefully it will do for tonight. 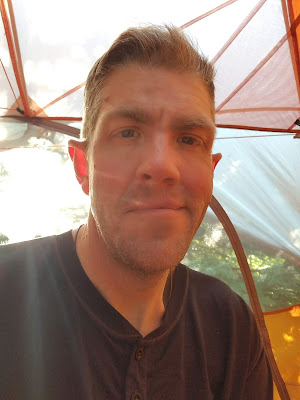