This morning arrived with thick cloud cover and a slight drizzle. We were so overjoyed by the prospect of escaping the scorching sun for today's allotment of highway walking that we took the day for all it was worth. Carpe diem! 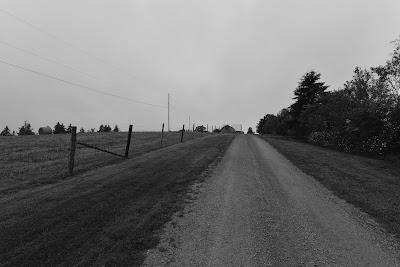 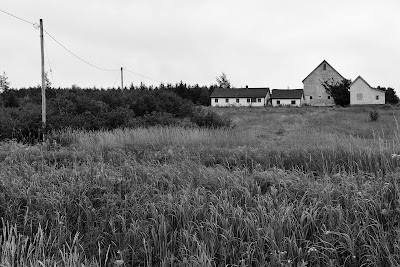 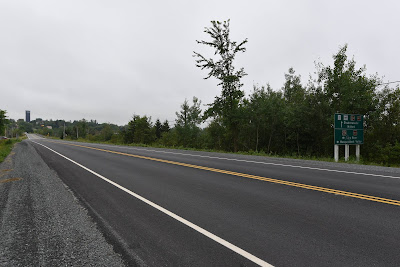 As we packed up and made breakfast we heard the repeated song of an Eastern Wood Pewee, the chatter of a group of Black-capped Chickadees, the rough calls of a Belted Kingfisher down on the lake, and the honking of a small group of Canada Geese flying overhead. 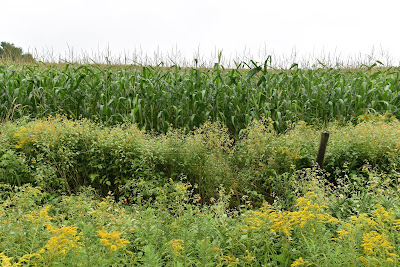 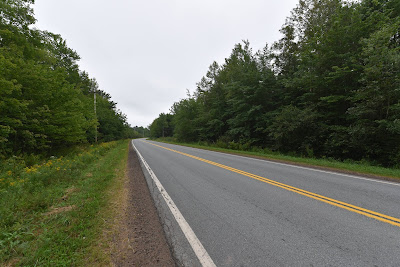 Although it was a very peaceful spot, we were constantly reminded of our proximity to Halifax, by the roar of the highway, the hourly train whistles, and the periodic jets flying overhead.  Although we are only about 60 km north of Nova Scotia's capital city by highway, we have another 140 km of trail to walk before we reach it. In fact, we will spend today heading east on our westward #hike4birds. We are trying not to focus on this too much. 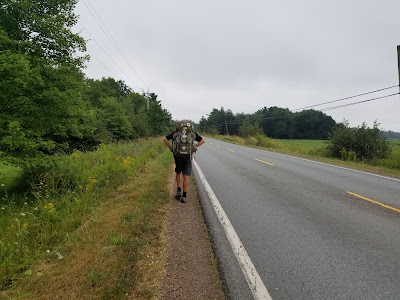 The Great Trail is a waterway between Stewiacke and Lanz, so we began the day by making our way down various backroads to pick up the trail again. We mostly walked between green farmers fields in what looked like a river valley. This section of roadway actually reminded us quite strongly of walking the Caminos in Europe. 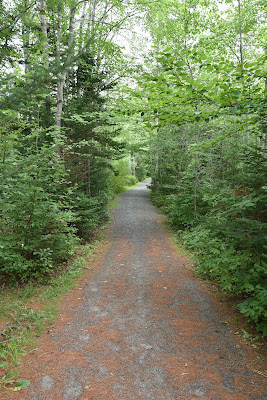 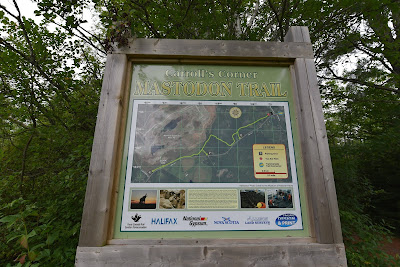 The trail picks up in Lanz, and follows the road to Dutch Settlement which is a small community of houses originally settled by the Dutch. At this point it joins the Caroll's Corner Mastodon Trail, which is 4 km of heavenly, shaded, treed pathway. It follows along the edge of the National Gypsum East Milford Mine. This is the world's largest open pit gypsum mine, and in 1991 the remains of two 80,000 year old mastodons were discovered there. 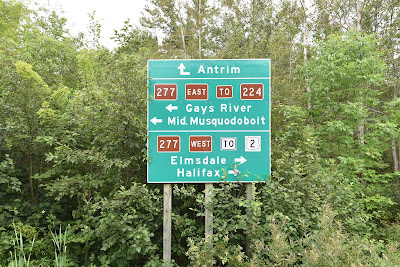 When we arrived in Caroll's Corners we found ourselves in the parking lot of the community center. We took a short break before continuing south along Antarim Rd. This was a winding, hilly road that began as a paved surface and then transitioned into gravel. There was a surprising amount of traffic on it for what was definitely a back road. I guess this was another sign of our proximity to the city. 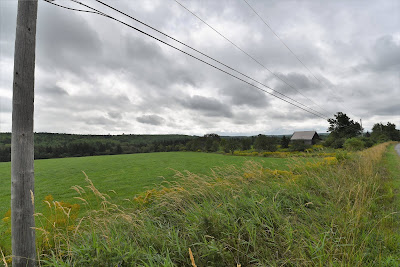 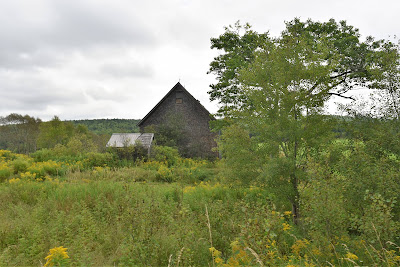 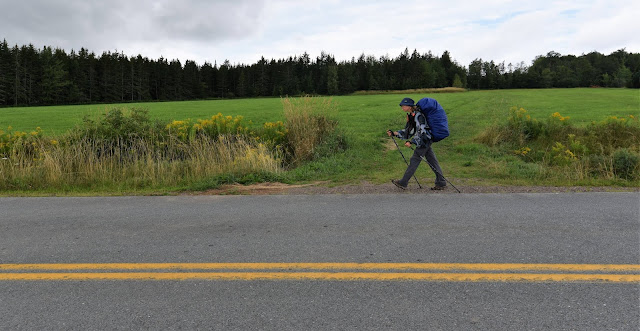 Although the countryside was pleasant enough, there was little variation in the scenery. The road undulated through forested hills, open fields with beautiful barns, and past the occasional house. We enjoyed the cooler temperatures (it was only 29°C today), the slight breeze, and the fresh countryside scent of drying hay in the fields. 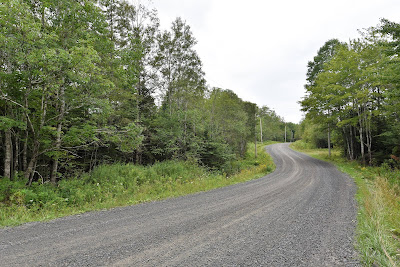 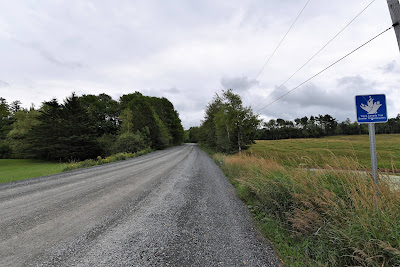 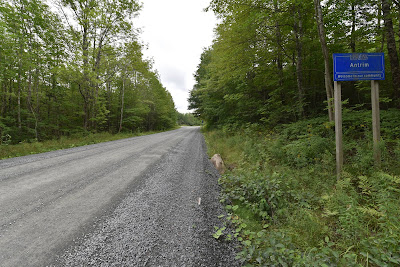 Towards the end of the afternoon we turned onto highway 121, heading east. This was a very busy road with a steeply slanted shoulder that made walking difficult. By this time the sun had also emerged, heating things up once again. We decided to stop for the night in Dollar Lake Provincial Park. This turned out to be an exercise is learning to accept not expect. 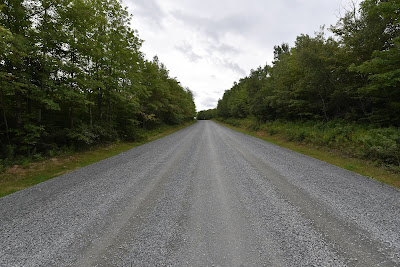 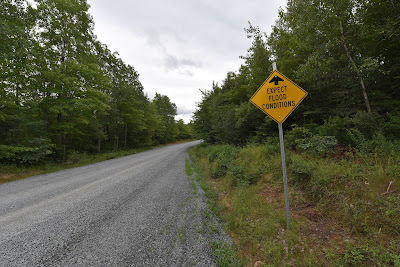 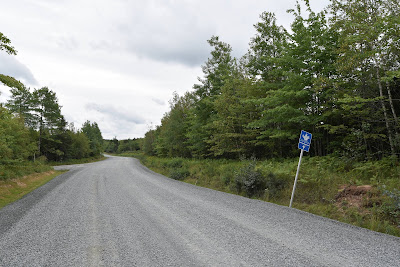 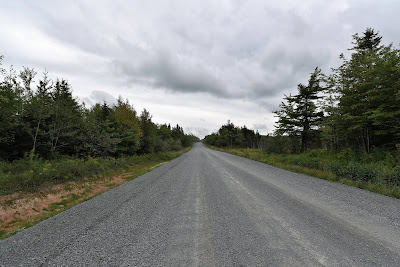 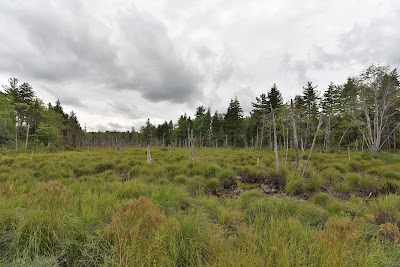 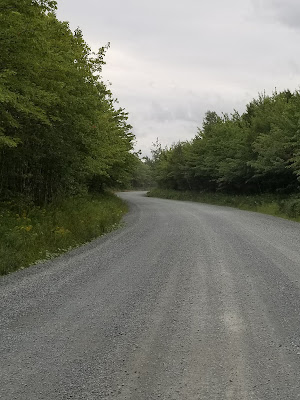 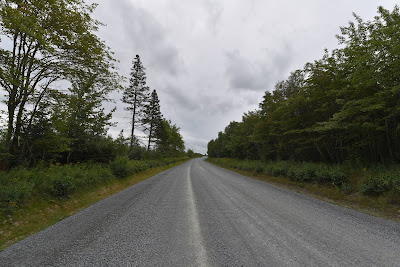 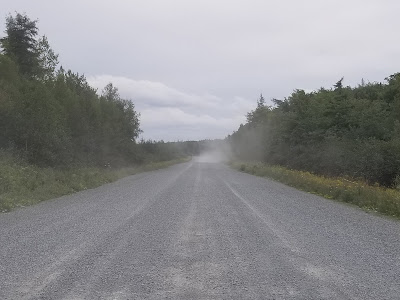 We knew there was a longish run-up into the park, because we could see it on the map. However, Google maps suggested the gatehouse was 1 km off the highway. It may at one time have been, but now it is 2.3 km off the highway. The campground itself is another kilometer in. Having walked just over 30 km to get to the park we were a bit grumpy at this discovery. However, it turned out we got the last site available for a two night stay, and the staff were super nice and helpful to us, which made things much easier. 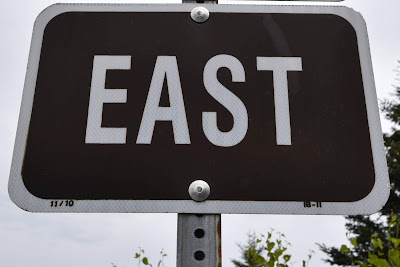 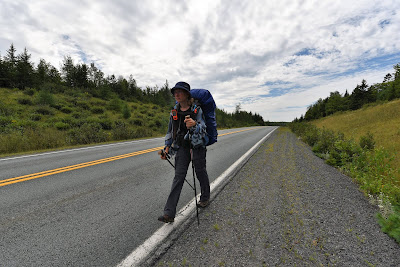 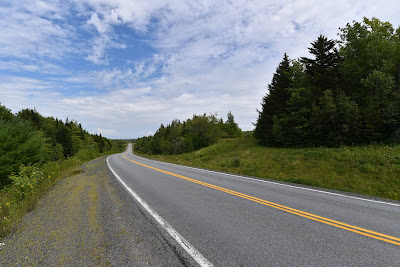 Having talked to the staff in several provincial parks, we've become aware of an unfortunate situation that also seems to exist in Newfoundland. Previous governments have decided that provincial parks aren't worth the investment. In Newfoundland the solution was to close some down, and to sell off others to become private campgrounds. Some of the private campgrounds were really nice, whereas others became run down, and many failed to continue protection of whatever wildlife or natural feature they were originally designed to protect. In Nova Scotia some parks have no staff, or very few, and campers register themselves online or using a yellow telephone at the gate. Others, like Dollar Lake are run by a very small staff. This is a huge park, with 117 sites, and it is run by three people. In an age when it is more important than ever for people to get outside and enjoy nature, we need to invest more in our parks and natural areas not less. 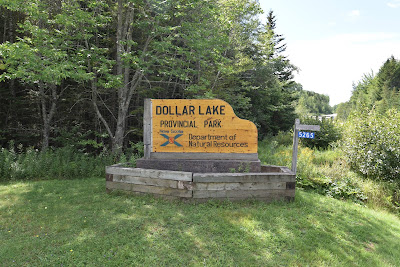 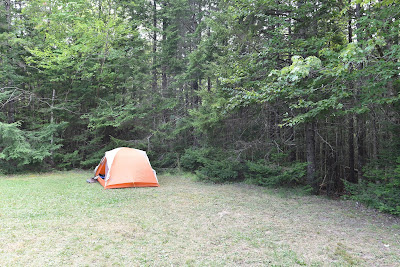 As we fall asleep we hear a Barred Owl flying over. We also hear the sounds of singing, bonfires crackling, and many excited children, both little ones and university aged ones.