Into the Canadian Meseta ....

Before completing our second year on the Great Trail in Winnipeg Manitoba the sense of the Prairies was evident.  The forests of Northern Ontario and Eastern Manitoba were clearly behind us and the open rolling landscape, step by step and kilometer by kilometer become more and more pronounced.  The rocky shield was replaced with farms, fields, rolls of hay and tree canopies giving way to the vast open skies above. It was clear that the praries, or the meseta was next on our trek across Canada. 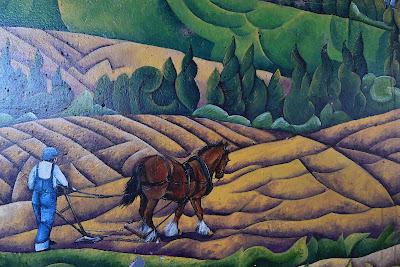 Pilgrims of the Camino de Santiago are likely familiar with the Meseta in Spain.   It is a landscape that marks a central point in the route across the nation.  Geographically the Spanish Meseta is a lengthy expanse of landscape stretching between Burgos and Astorga in which there is only an open plateau of land and the sky.  Writers often talk about the Meseta in extreme terms, as a place of vast open space, a region of endless agricultural fields with nothing to break the monotony other than a person’s thoughts and reflections. 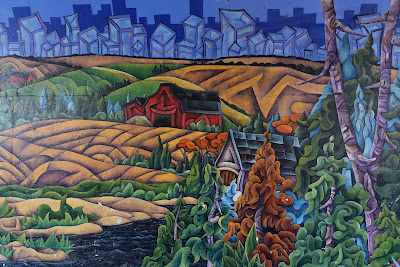 For hikers and pilgrims alike the Meseta is the time spent ‘in the desert’ where one confronts personal truths and the trek turns inward becoming less of a physical challenge and more of a period of introspective reckoning with the self. 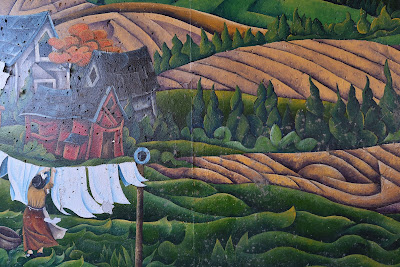 Historical accounts of this stretch on the Camino record that pilgrims are rumored to have as gone insane, had visions, lost their way, and had to come to terms with why they are trekking so a vast distance. 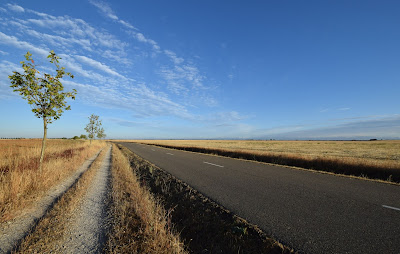 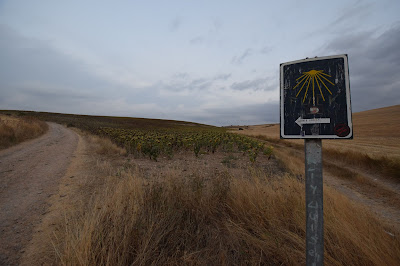 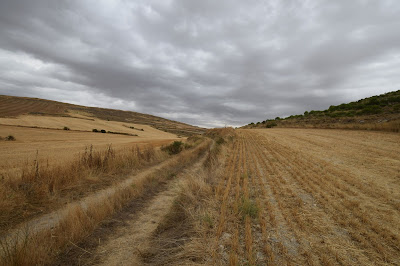 The Meseta on the Camino Frances is about 220 km long and takes between 8 and 10 days to venture through.  In Canada the prairies, or Meseta, from Winnipeg Manitoba to Edmonton Alberta on the Trans Canada Trail is about 2700 km long and will take us between 50 and 75 days to cross.  In setting out into the Prairies, it is the Meseta which most often comes to mind. 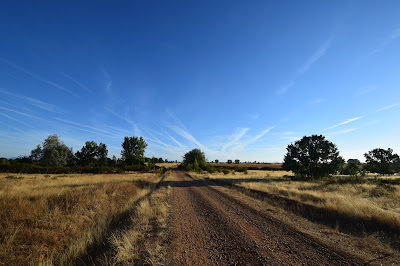 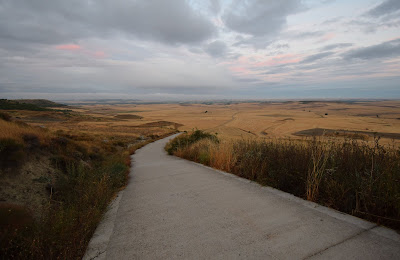 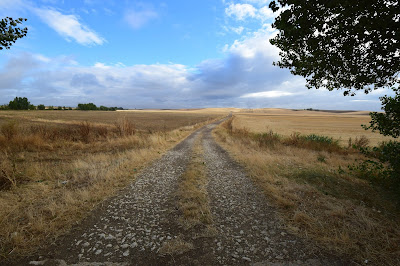 As it did on the Camino we would love to suggest that the physical challenges and daily aches of the trail over the past 335 days have given way to us being able to confidently stride onward with only our thoughts to trouble us.  Yet, if we are to be honest, that is not the case. Each year, each region, and each section of trail brings new challenges which constantly remind us that we are still new to the hiking the world and that the natural diversity of Canada will keep us on our toes. This sense of uncertainty is more evident this year after months of delays in setting back out.  Covid and the sacrifices everyone has made during the past year has left us all feeling like nothing is self evident or assured anymore. 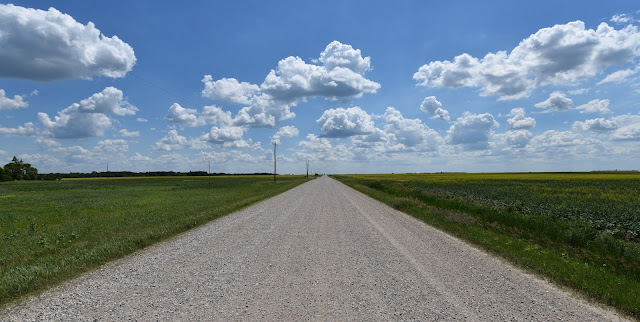 (Manitoba, 2021)
And so for so many reasons, we were very much of two minds about what the prairies may yet reveal as we continue onward. Previous trans-Canadian hikers have suggested that this is one of the toughest sections to venture in crossing the nation - for its openness, sparseness of resources, isolation, the lack of shade, and extremes in temperatures as well as variable weather conditions.  While other accounts from travelers describe this landscape as “nothing more than a flat endless expanse with roads that go on and on and on to the horizon”.   Even having spent almost two decades spent travelling on VIA rail back and forth across the country each summer we have never really seen the prairies as the train often passed through these provinces and this region at night.  One ate dinner near Edmonton AB and often had lunch (or ice cream) in Melville SK before arriving into Winnipeg at midnight. 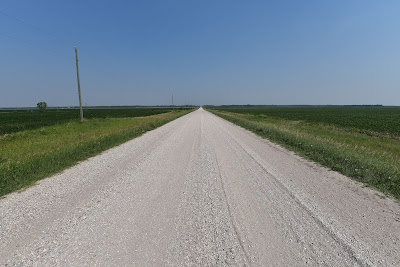 One the other however, in two years of hiking across Canada we have come to see firsthand that no region is as simple as its stereotypes, or should have its natural wonders lost to generalizations.  We are both positive that there is a great deal of amazing bird species and  wondrous landscapes to be enjoyed as well as great people to meet! 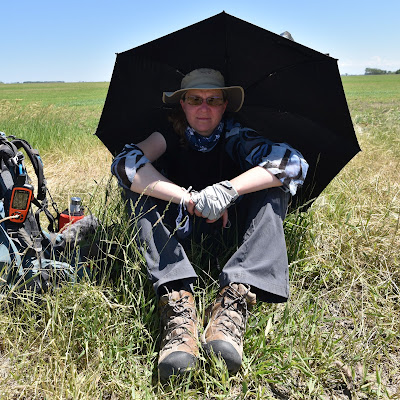 And so, while we had been briefly tempted to cycle these provinces to cover greater distances faster in the heat of the summer, we ultimately chose to stick to our slower mode in order to take the world at a more stately pace and take it in as it comes…

And so, westward we go - into Canada's Meseta! 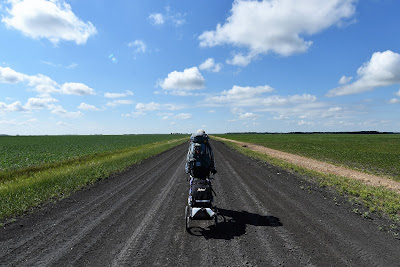