The Heat Returns and a Necessary Stop : Stanley Centennial to Morden

Today we took a 16 km detour off the Trans Canada Trail to the community of Mordon.  We did this because our frustration from yesterday on the trail had not abated, given the rising heat we felt we needed time with air conditioning, and because we have an interview with The Winkler-Mordon Voice, a podcast with the Universal Women's Network, a planning session for an exciting upcoming event in Vancouver this fall with the Universal Women's Network, and a training session for the Adventure Seekers of Canada Club with Eh Canada Travel.  We also have to record our free presentation for two separate audiences, and catch up on publishing 17 blog entries.  It may have been a day "off", but we certainly didn't find ourselves lazing about with nothing to do. 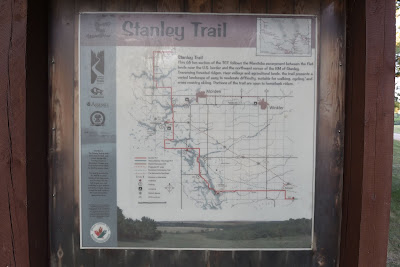 Yet even with our day full we ensured that we had time to explore the region. 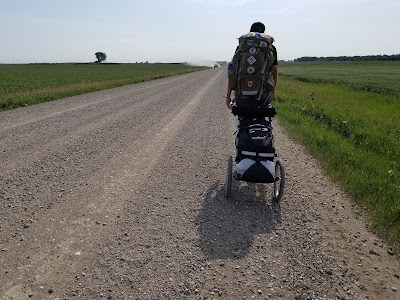 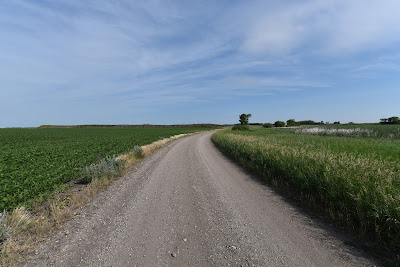 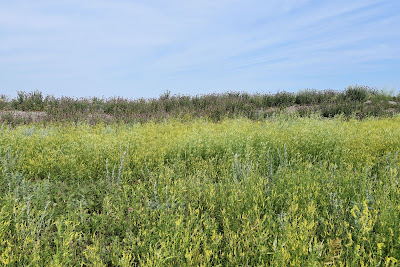 As we came in to town we walked around Lake Minnewasta, whose water level we were told was 10 ft below normal.  Across the water we could see a truly huge and impressive group of blow-up castles, slides, climbing walls, and trampolines floating in the lake off shore from the campground.  It looked like lots of fun, but for tomorrow's daunting set of tasks we will need a quiet indoor location with a strong and reliable WiFi signal, which usually isn't guaranteed in campgrounds. 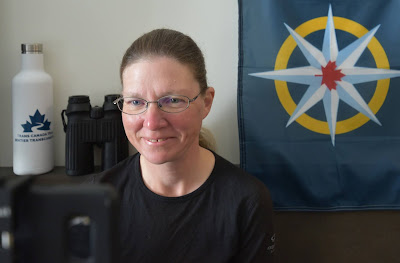 We continued down the treed streets of downtown Morden.  Some of the stone buildings were constructed in the 1800's, and historical plaques described their original uses. 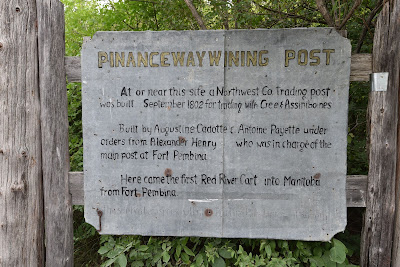 Colourful murals also told stories of the town's past, including one of an ox-cart train, another showing scenes from the railway station, and one depicting the Chautauqua Fair which came to town.  As we walked through the community people stopped to wave and one family encouraged us from the side of the trail!

Morden was founded in 1882 when the Canadian Pacific Railway built a line crossing the Dead Horse Creek at a place called Cheval.  It was later named Morden after Alvery Morden, the settler whose land the community arose on.  Today Morden is located 11 km west of Winkler, and together these communities are referred to as the 'Twin Cities.'  With just over 8,000 residents, Morden is Manitoba's 8th largest city, and apparently its economy is diverse enough where it has managed to thrive even when surrounding communities are experiencing hardship.  To our dismay (although not to our surprise) we discovered it is only about 100 km south-west of Winnipeg, although we have walked about 450 km of trail to get here. 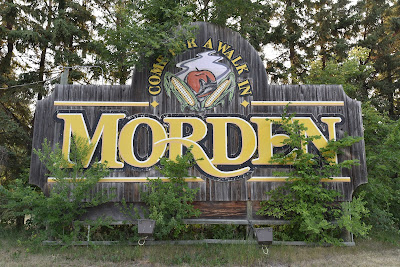 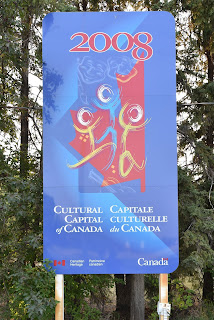 As we walked through town we passed the Fossil Discovery Center.  The center currently houses the largest collection of marine reptile fossils in Canada.  Its main claim to fame is Bruce, the world's largest publicly displayed mosasaur (it is 43 ft long).  The fossil was discovered in the shale deposits in the surrounding Pembina Hills, and there is a replica of the ancient sea creature which once inhabited this spot proudly displayed by the town's sign. We were disappointed that the center closed during our visit. 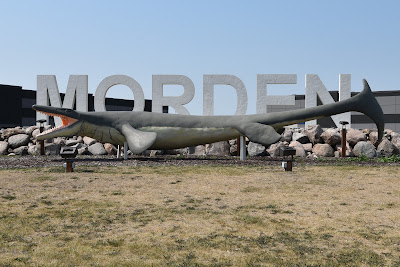 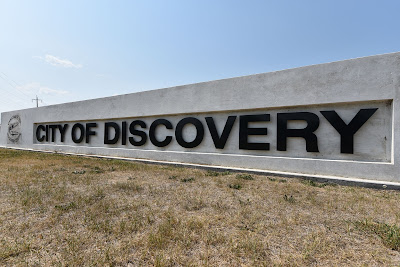 We were also disappointed that we weren't visiting during the fall, when Mordon holds its annual Corn and Apple Festival.  Apparently around 80,000 people visit the town for free corn on the cob and apple cider, as well as an outdoor market, rides, dancing, and a large harvest celebration.

In 2008 Morden was voted the Cultural Capital of Manitoba for its dedication to art and culture.  Its annual festivals, including the Back Forty Festival, which highlights aboriginal influences in the community, were part of the reason for this dedication.

Although we spent much of our time in Mordon working, one of the highlights was visiting the large wastewater stabilization ponds at the far end of town.  As a side note there is nothing better than having a serious hotel manager check you in, ask you what the purpose of your stay is only to be given the response : "I am here to see your sewage pond". 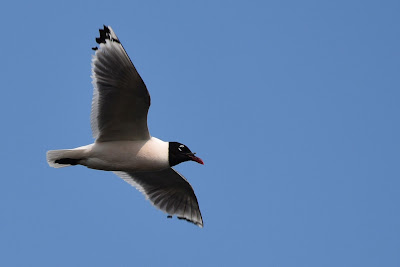 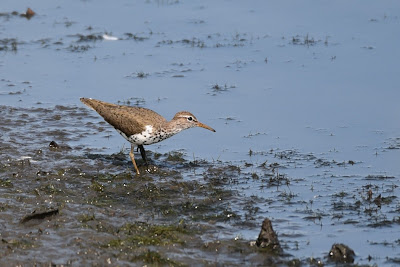 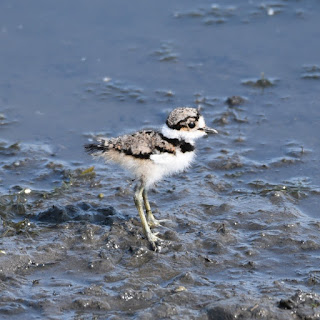 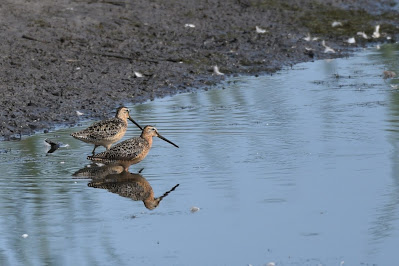 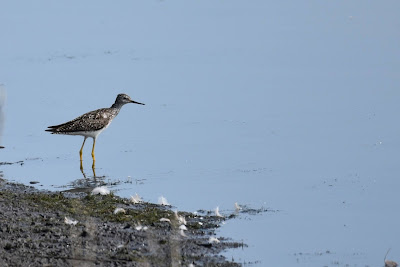 Many communities across Canada have some version of these ponds, and they are almost always a great place for birdwatching.  Some of the species we spotted were Short-billed Dowitchers, Greater and Lesser Yellow-legs, Killdeers, Spotted Sandpipers, White-rumped Sandpipers,  Hooded Mergansers, Wood Ducks with adorable babies, Mallards, Canada Geese, Black-billed Magpies, Song Sparrows, Red-winged Blackbirds, Common Grackles, Brown-headed Cowbirds, and flocks of Franklin's Gulls. 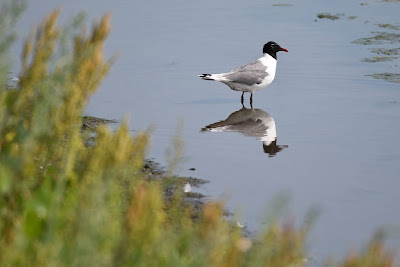 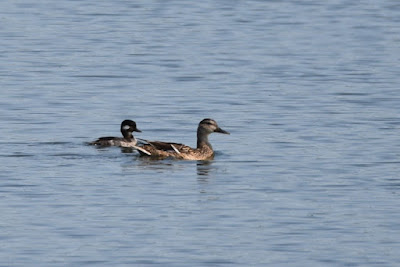 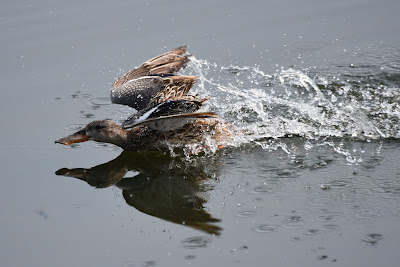 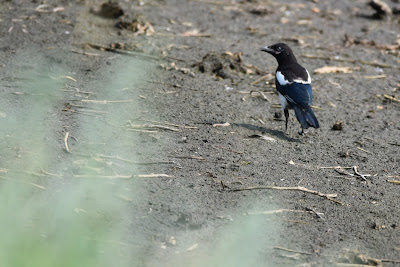 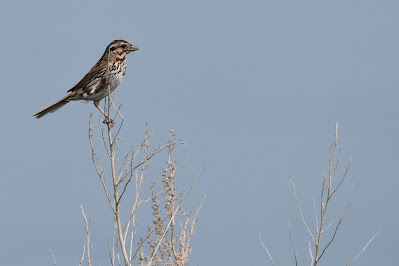 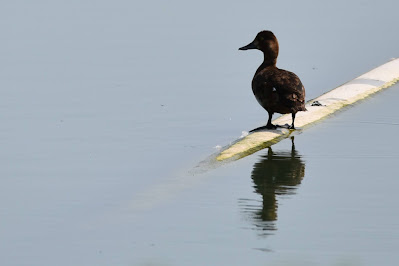 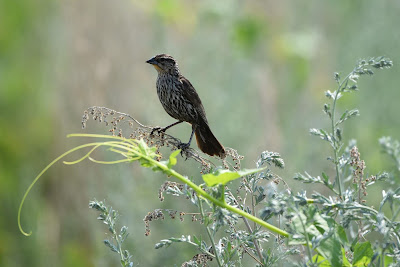 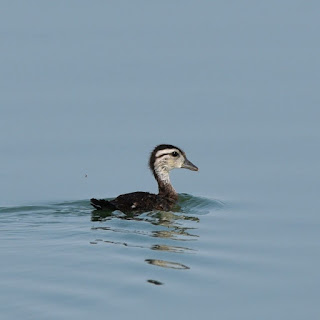 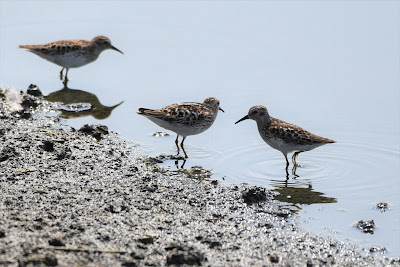 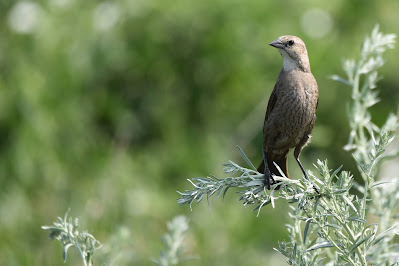 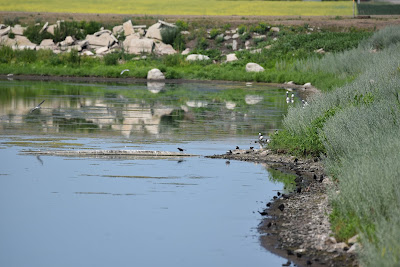 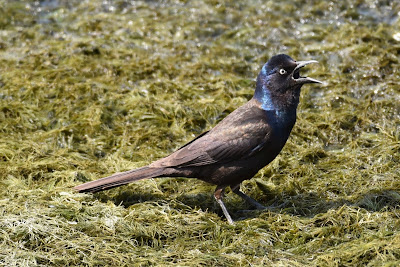 During our stay we also found time to wander downtown to the popular local food stand, George's Kitchen and Ice Cream.  I couldn't resist trying a homemade Saskatoon berry sundae, which was delicious!  The Saskatoon berries looked a lot like blueberries, but with a unique and slightly different flavour.  Definitely recommend checking them out! 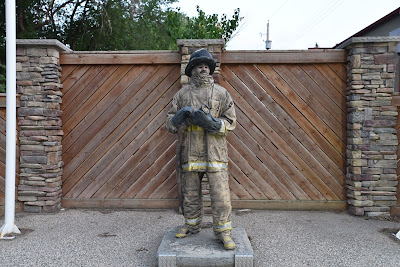