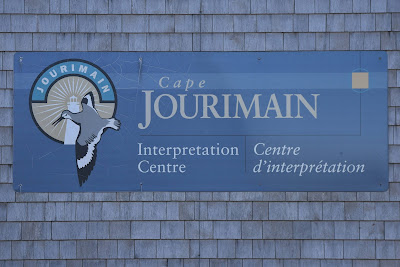 When we arrived in New Brunswick the shuttle dropped us off at the Cape Jouriman National Wildlife Center. Our brief visit to the center, and a chat with the friendly and helpful staff there, convinced us that this is a great spot to go hiking and birding, and to learn about the natural history of the area. It is well worth a visit in it's own right! 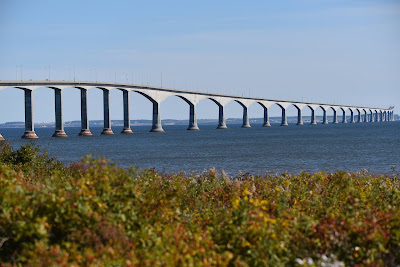 The Cape Jourimain Nature Centre (CJNC) is a not-for-profit ecotourism and environmental education facility located in the Cape Jourimain National Wildlife Area. The center houses an extensive exhibit hall detailing the natural and cultural history of the region. There is also a lookout tower, a lighthouse, and a gift shop and snack bar at the center. 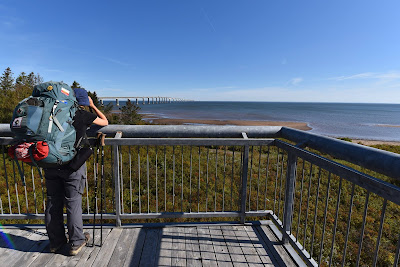 The 621-ha National Wildlife Area in which it is located is managed by the Canadian Wildlife Service, and contains several types of habitat ranging from coastal dunes, to salt marshes, to brackish lagoons and hardwood forests. There are 13 km of hiking trails throughout the property, which give hikers, bird watchers, and nature lovers an opportunity to observe 170+ species of birds, as well as butterflies, mammals, and plants. 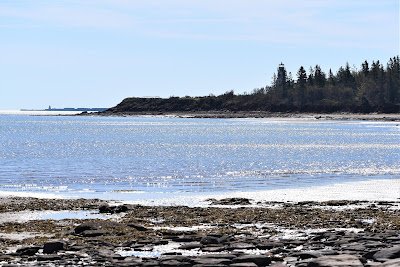 The Cape Jouriman National Wildlife Area was officially established in 1980, and it encompasses Jourimain Island, Trenholm Island, Oak Island, and part of the mainland. This area was granted protected status for the unique mix of ecologically important and fragile habitats it encompasses, as well as the sizable population of migratory birds it supports. 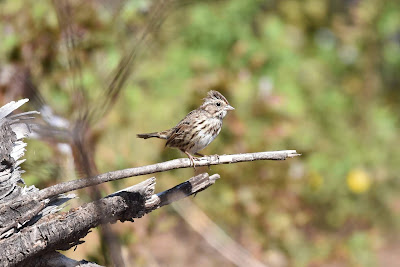 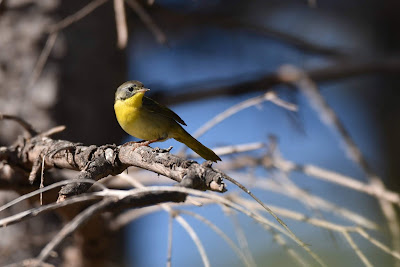 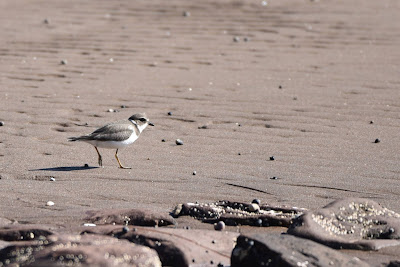 Every year, Cape Jourimain's wetlands provide refuge to over 2000 migrating waterfowl, with approximately 170 unique species of native and migratory birds having been identified. Flagship species found at the site include Great-blue Heron, Osprey, Willet, and American Black Duck. In addition, the site is occasionally visited by Piping Plover and Peregrine Falcon, both of which are designated under the Species at Risk Act (SARA). 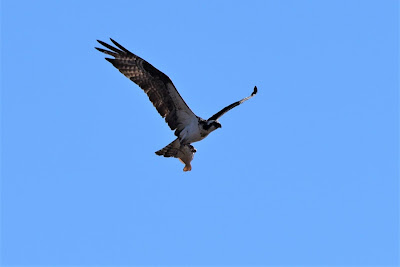 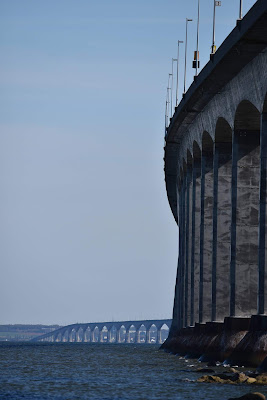 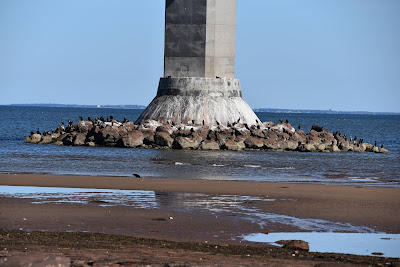 Wetlands make up 67% of the site. There are a variety of different marsh habitats, each with it's own diversity of species, including salt marshes, brackish marshes, and freshwater marshes. In addition, the sand dunes are an ever-shifting, fragile ecosystem that supports many species as well. 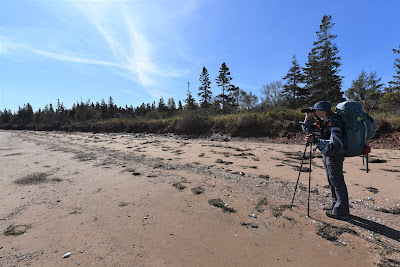 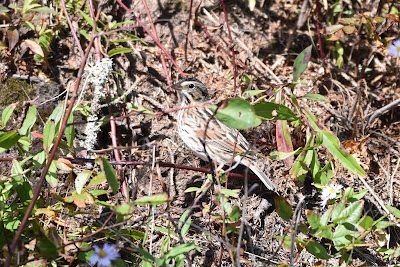 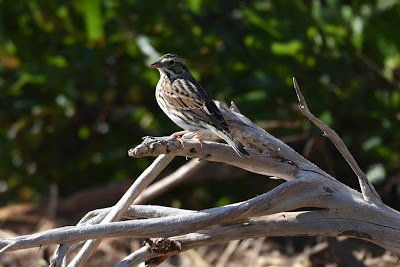 Cape Jouriman is a great place to see warblers in the forests and old-field habitats in May. June is a great time to find Cliff Swallows along the dunes. Herons, gulls, and terns begin to appear in July, and August is a great time to look for Bonaparte's Gulls, Common and Caspian Terns, and various shorebirds at Cape Jouriman. In September terns, shorebirds, eiders and scoters can be observed on the ocean, and American Wigeon and Black Ducks can be seen on the ponds. 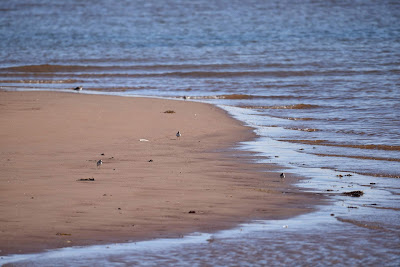 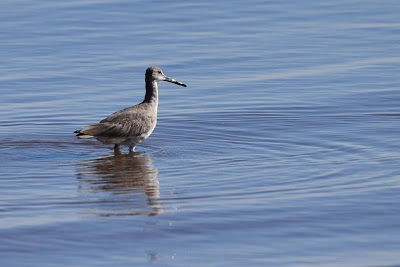 During our brief visit we saw Semipalmated Plovers, a Willet, several Greater Black-backed, Herring, Ring-billed, and Bonaparte's Gulls, a Greater Yellowlegs, and about 50 Double-crested Cormorants roosting at the base of the bridge pilings. Among the songbirds we saw were Common Yellowthroats, Yellow-rumped Warblers, Black-capped Chickadees, and Blue Jays. As we combed the beach a pair of hawks circled overhead, and a Bald Eagle swooped low over the trees. 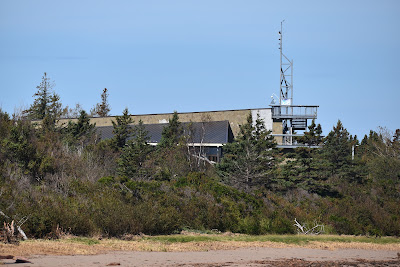 No matter when you visit, there is always something to see at Cape Jouriman! 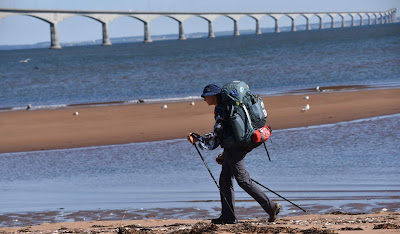