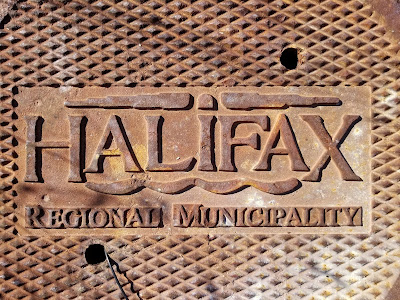 It is impossible to see and experience Halifax in a single day and do it justice. This city is rich in arts, culture, and history, and there is lots to see and do. We had a chance to visit this beautiful city about a decade ago, and had more time to explore. This time around we have only a day, so we had to choose what to see and share with you. 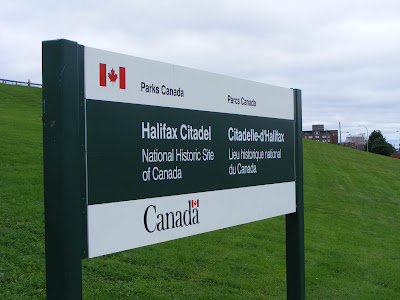 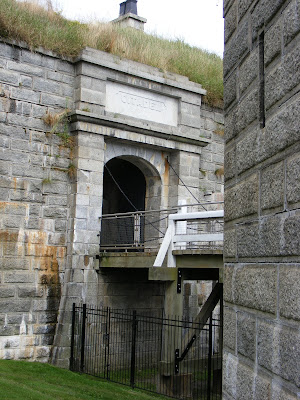 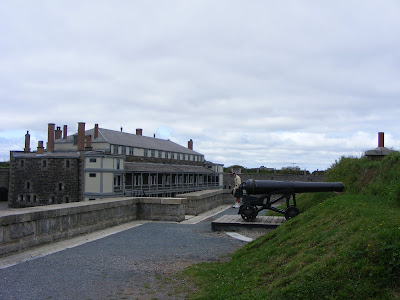 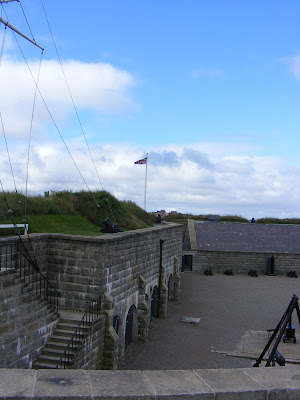 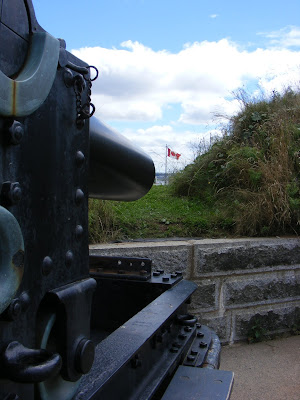 One of the historical highlights of a visit to Halifax is seeing Fort George atop Citadel Hill. This star-shaped British fort overlooks the easily defended harbour below. The present Citadel was completed in 1856, and is the fourth fortification to occupy the site. The star-shaped walls, combined with the deep trench on the outside made it extremely difficult for enemies to attack, and no one ever did! 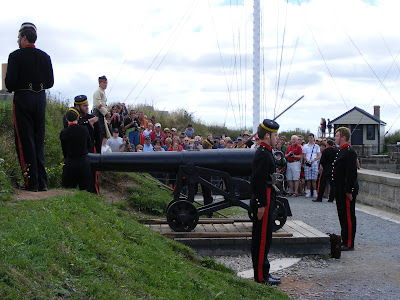 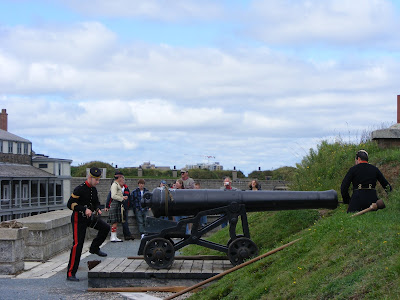 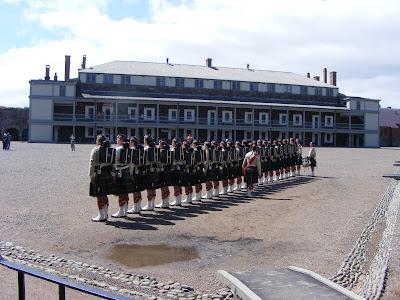 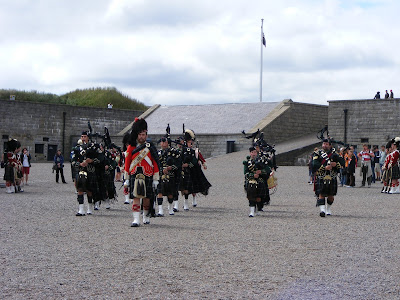 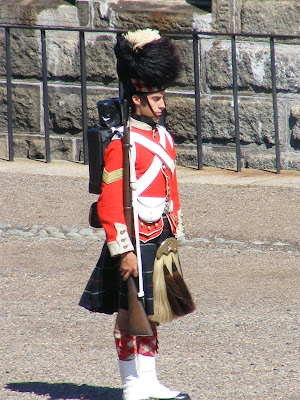 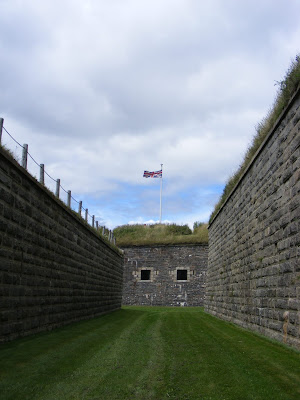 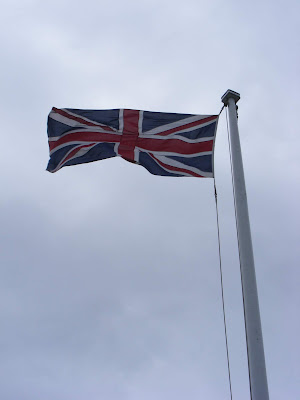 Visitors can learn about the fort and what life was like for the soldiers who lived there, explore inside the walls, visit the Halifax Citadel Army Museum which showcases Canadian Military history from WWI to the present, watch the changing of the guard, and observe the Noon Gun being fired every day at 12 PM. Reinactments of marching and band drills by the 78th Highlanders and the Royal Artillary dressed in uniforms from the mid-1800s bring the fort to life. It is a colourful, interesting, and exciting place to visit. 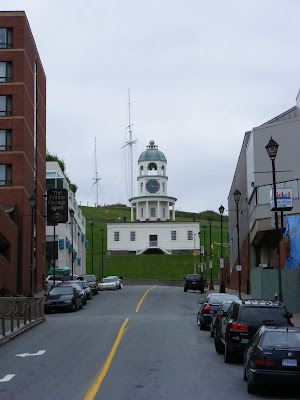 On the way up to the fort is the Citadel Clock Tower, or Old Town Clock, which has been keeping time since Oct. 20, 1803. Legend has it that in 1800 Prince Edward, Duke of Kent, who was commander-in-chief of the military forces in British North America, commissioned the clock in an effort to correct the tardiness of the local garrison. Today it has become a well known landmark. 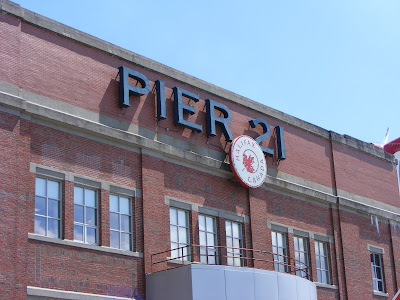 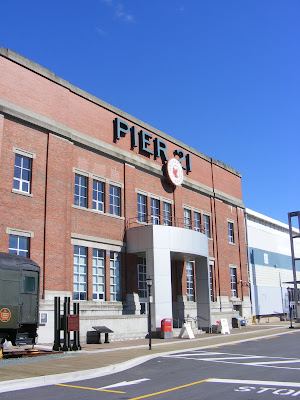 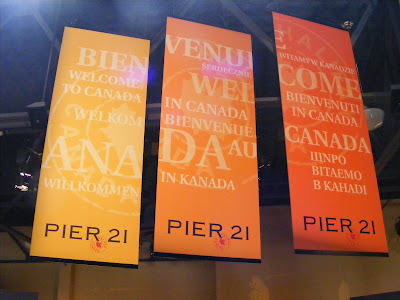 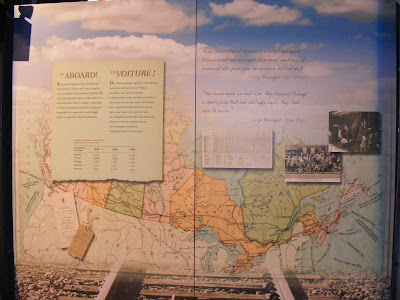 Another great place to visit while in Halifax is the Canadian Museum of Immigration at Pier 21. This immigration depot operated between 1928 and 1971, and it was the point of entry for over 1 million immigrants to Canada, and the point of departure for over 500,000 soldiers during WWII. The interactive displays at the museum are fascinating and very well done, leaving you with a sense of what it was like to arrive by ship, face possible quarantine, and then be put on a train for a further journey inland. It gave us an inkling of how scary it must have been for people coming from Europe, where the land was mostly developed, and you could cross many countries in a matter of hours on the railway, to be put on a train here that travelled though unpopulated, forested wilderness for days on end before they arrived at their assigned destinations.  Many of the trails we follow on The Great Trail have been developed on the same routes as our predecessors. 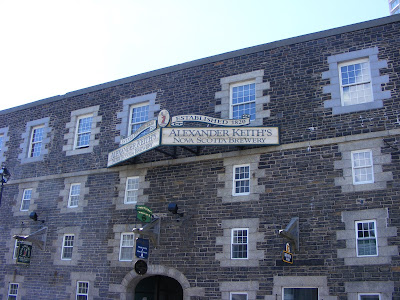 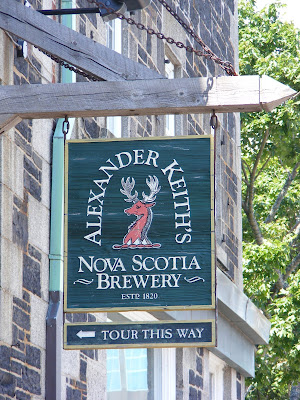 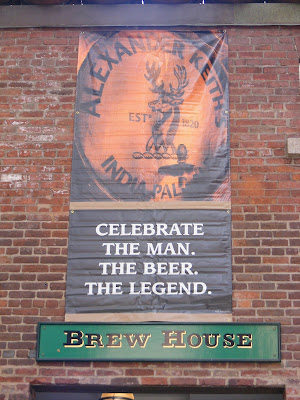 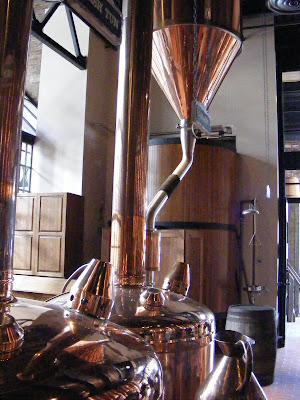 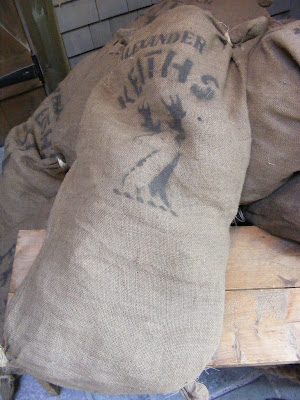 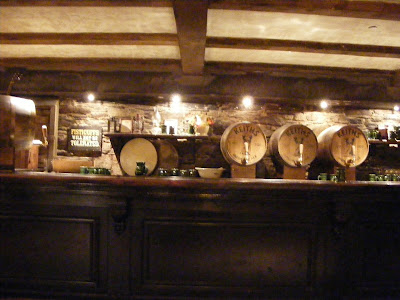 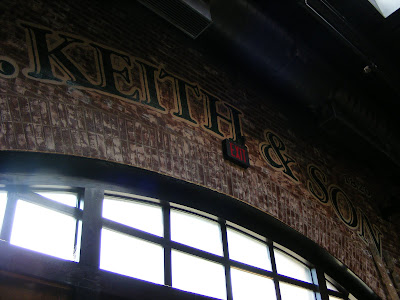 On a lighter note, another great place to visit is the famous Alexander Keith's Brewery. Nova Scotia's oldest brewery was established in 1820, shortly after Alexander Keith immigrated from Scotland. Today you can take a tour, learning how beer is made, seeing the giant copper vats it is fermented in, and of course, enjoying a sample at the end. 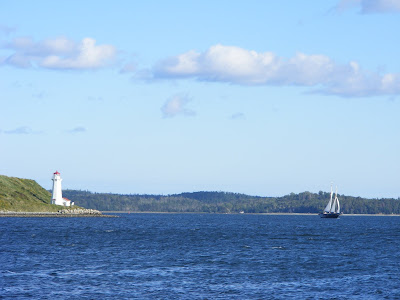 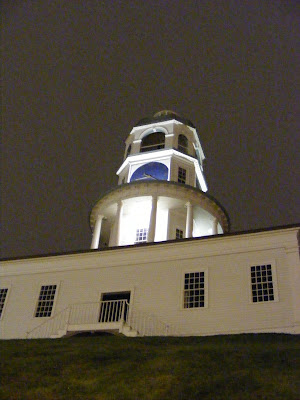 Although these last images of sunset behind the Alexander L. MacDonald Bridge were taken a decade ago on our first visit to Halifax, they show how magnificent this place can be. They are also far more interesting than an image of our actual evening, which we spent writing, blogging, and emailing. This is a fantastic place to visit, definitely worthy of further exploration! 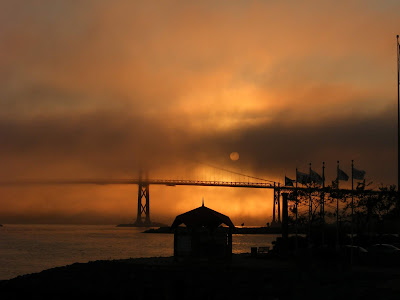 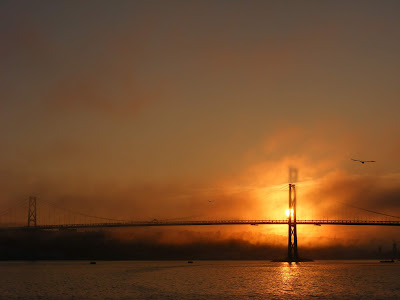 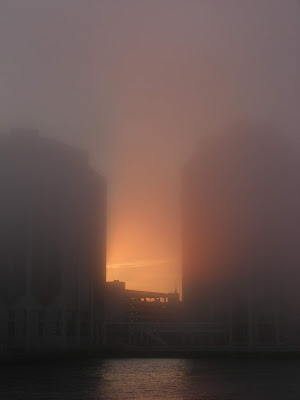