After exploring the bustling and exciting city of Halifax yesterday, we decided to spend a day in the smaller, quieter village of Fisherman's Cove. The community of Eastern Passage is about 15 km southeast of Dartmouth, and offers a beautiful view over Halifax Harbour. 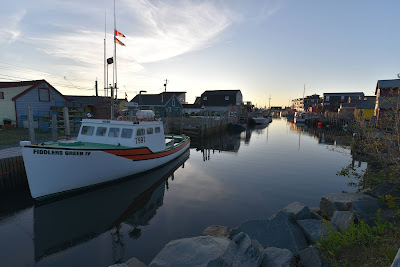 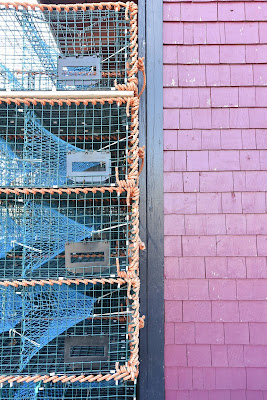 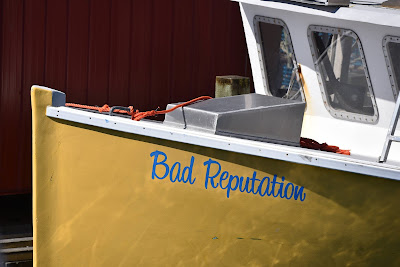 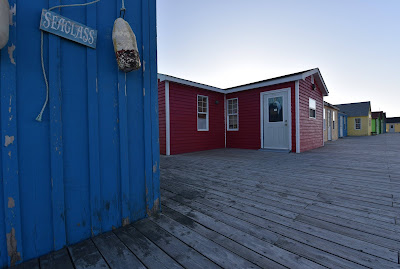 Fisherman's Cove is a picturesque fishing village with many colourful wooden buildings, a boardwalk, several restaurants and cafes, and lots of shops selling local arts and crafts. It also has an active wharf, where we watched fishing boats preparing for the lobster season, sailboats being built and repaired, and people paddling by in kayaks. 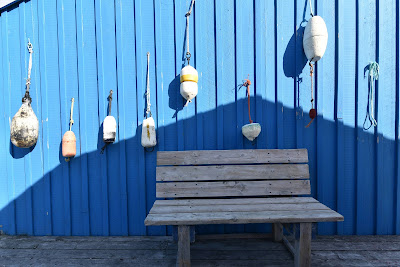 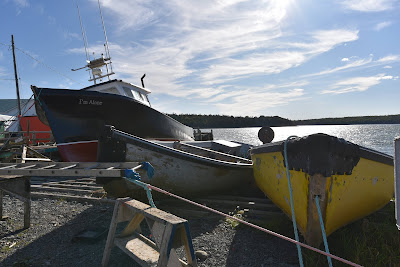 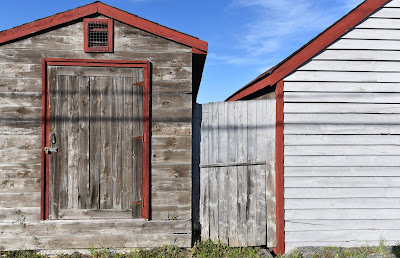 We spent much of the day working, but took some time to visit the Fisherman's Cove Heritage Center. This building provided tourist information, as well as displays showcasing the natural and cultural history of the area. There were lots of mounted birds on display, as well as information on the fire that began in Quigley's Corner in 1942 as the result of an oil spill, and destroyed much of Eastern Passage. We also enjoyed the model sailboats on display, and the large statue of a Mer-horse that has allegedly been seen in the Bay on several occasions.  We took a good hard look while we were out there, but didn't make any sightings of their own. 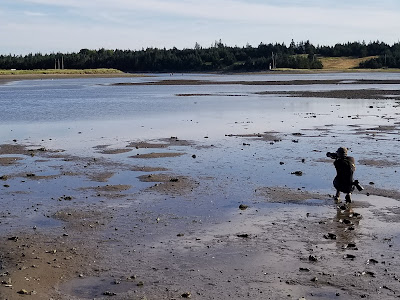 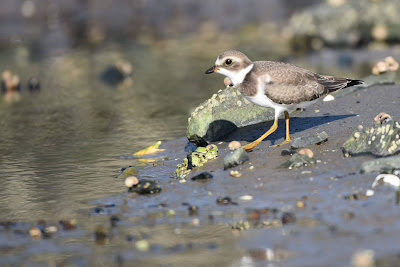 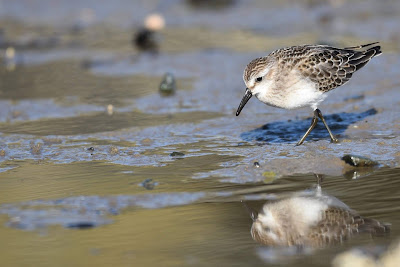 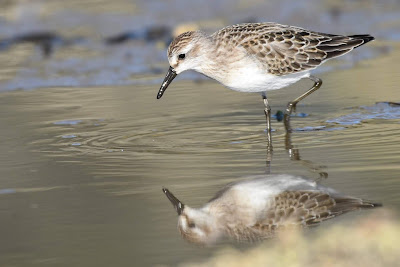 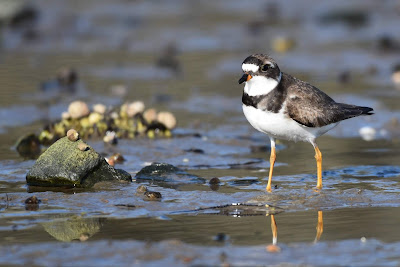 As the tide went out in the afternoon we explored McCormack's Beach, taking the beautiful boardwalk through the grassy dunes, and exploring the tide pools in the bay. 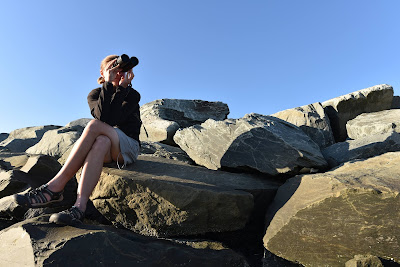 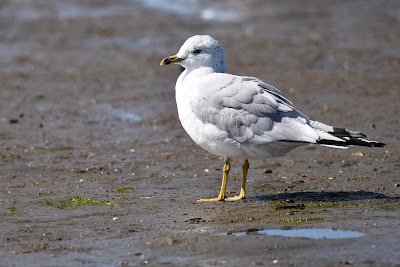 There were lots of shorebirds out on the mud flats, including a flock of about 50 Semipalmated Sandpipers, a few Semipalmated Plovers, and a Greater Yellowlegs. 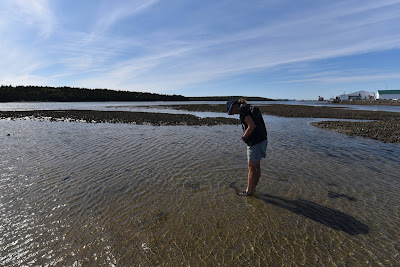 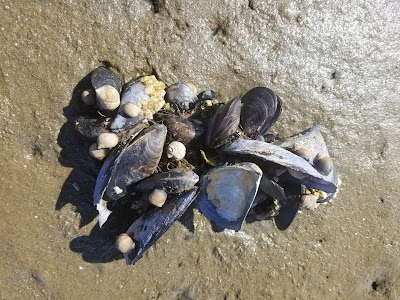 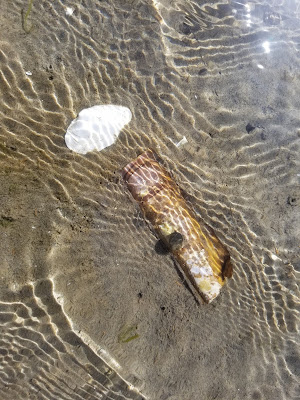 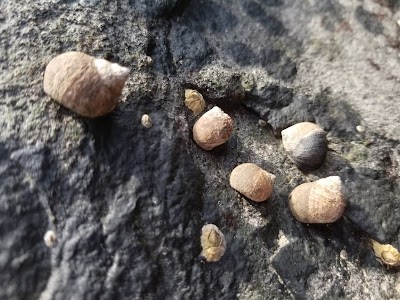 This was a beautiful, peaceful place to spend a day, filled with art and creativity. During our stay we were hosted by Tammy, and we enjoyed a lovely view of the wharf and Bay. Although we got a lot of work done, it felt like a much appreciated rest day. 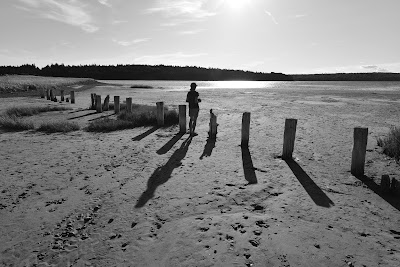 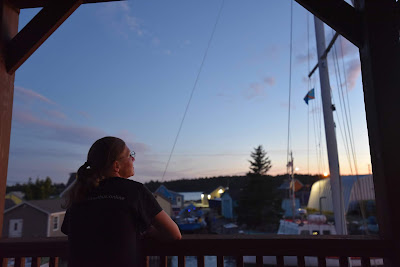 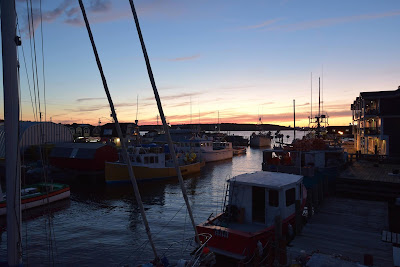