We've spent the past several days in Alma, NB, resting up before tackling the Fundy Footpath, getting ready for our presentation at Fundy National Park, and hiking some of the trails within the park. 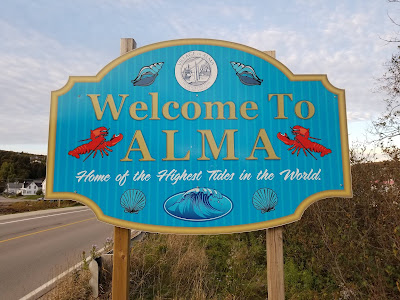 During our stay, one of the things we enjoyed doing was walking on the ocean's floor. Alma is located on the Bay of Fundy, which is home to the world's highest tides. The coast is relatively shallow, so when the tide goes out, a relatively large expanse of beach and mud flats is exposed. From the beach in town it is possible to walk out into the bay, and there are tide poles stuck into the ocean floor which show you how deep the water would be at high tide where you are standing. It is a surreal experience. 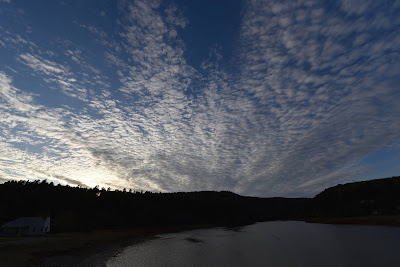 At one time in my life I wanted to be a Marine Biologist, so I personally enjoy exploring tide pools quite a lot. I had lots of fun exploring the ocean's treasures. 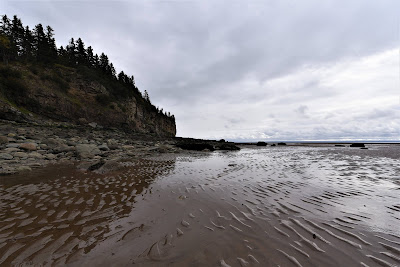 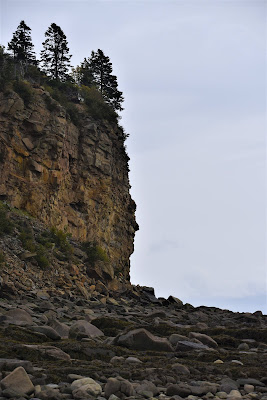 From out in the bay there is also a lovely view of the dramatic cliff face at the edge of town, as well as the golden and red cliffs across the bay. There are several lighthouses visible across the water as well, and at night you can see their guiding lights flashing different colours along the coast. 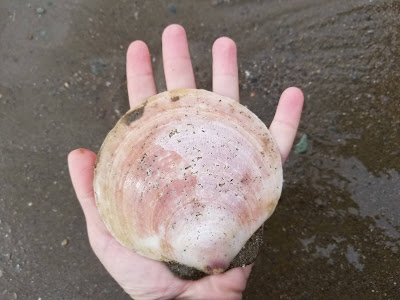 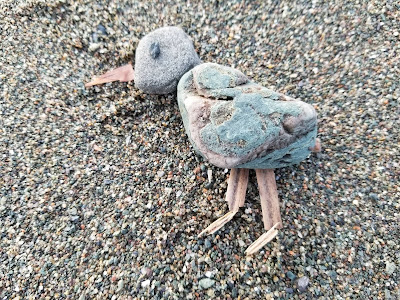 Another interesting aspect of low tide was visiting the wharf and seeing the fishing fleet sitting on the bottom of the ocean. The boats have special platforms underneath, and they are moored in such a way that they are lowered about 20 ft to sit upright on the ocean's floor at low tide, and then rise to the level of the wharf again at high tide. 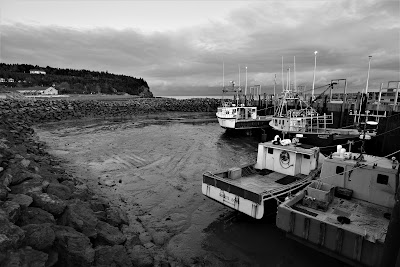 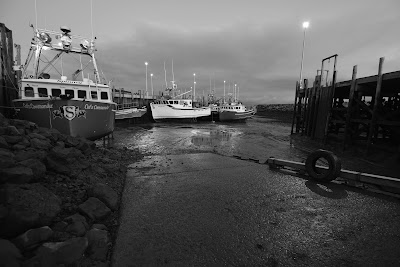 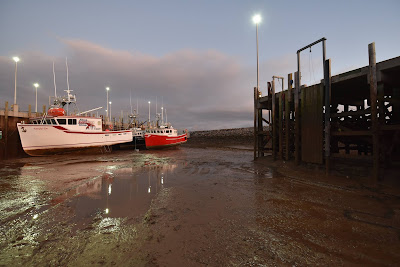 During the summer this area is a great place to see shorebirds, especially Semipalmated Sandpipers. While we kept a sharp lookout, I think these beautiful birds have already left for warmer climates farther south. We did see a pair of Bald Eagles circling high about the mud flats, as well as several wobbly looking Turkey Vultures. We also watched a Belted Kingfisher and a Great Blue Heron fishing in the river, and of course there were lots of Herring and Ring-billed Gulls hanging out on the pier. A particular highlight was seeing a group of three Ring-necked Pheasants hanging out by the wharf-side boardwalk. 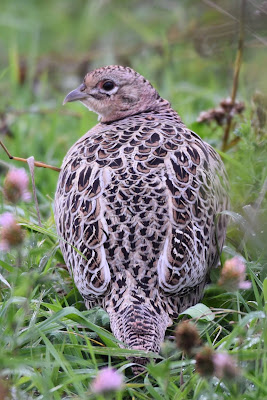 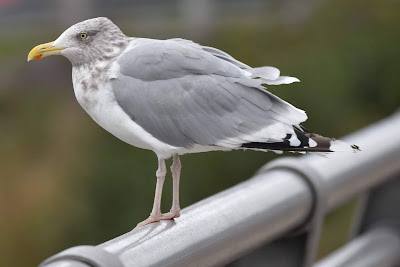 Alma is also home to several cafes and restaurants, a bakery, and the Holy Whale Brewery. We sampled some of delicious not-rice-and-beans dishes from these establishments during our visit as well. 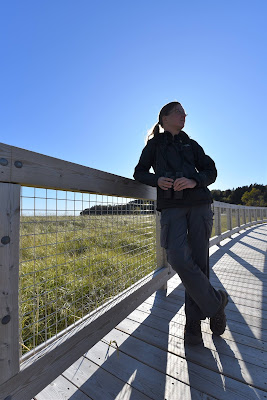 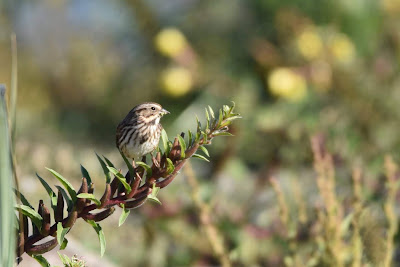 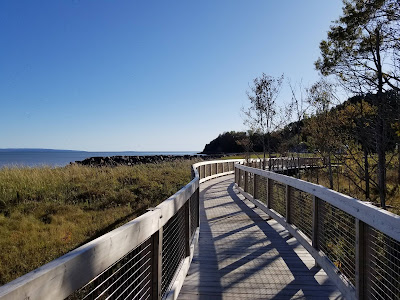 We also walked a few of the trails in the beautiful Fundy National Park. Our first adventure was on the East Salmon River trail, which runs through forest along the river, and features several beautiful waterfalls and lookout points. 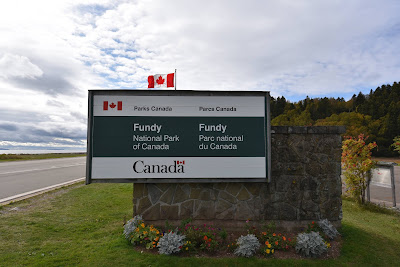 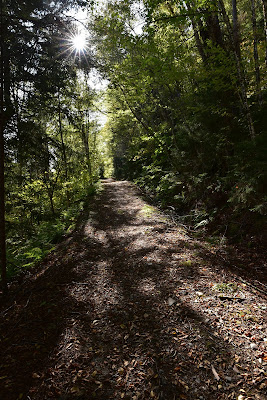 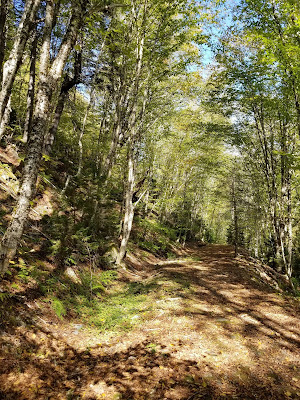 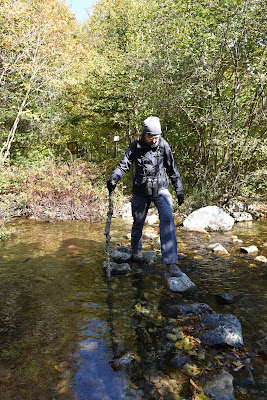 During our hike we were also fortunate to see a trio of beautiful and busy beavers on a nearby waterway! 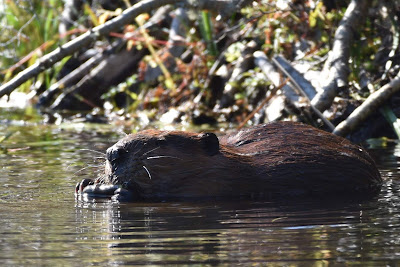 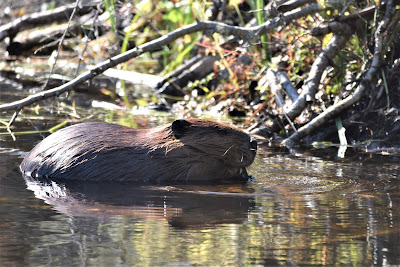 After a day of hiking we spent an evening at a kitchen party in the home of Myrtle "Molly" Kool. Molly Kool was born in Alma (1916-2009), and through courage and perseverance became the first female sea captain in North America. Molly sailed on the Bay of Fundy with her father when she was growing up, and in 1937 obtained her Mate's Certificate. In 1939 she became Canada's first female Master Mariner. The kitchen party, presented by Parks Canada, was filled with gossip, live music, and an historical reenactment of what life was like in Alma in the 1930's. The audience was very much involved in the party, and as it turned out, I didn't just learn about Molly, I had a chance to be Molly in the reenactment! 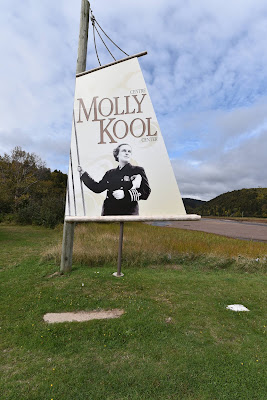 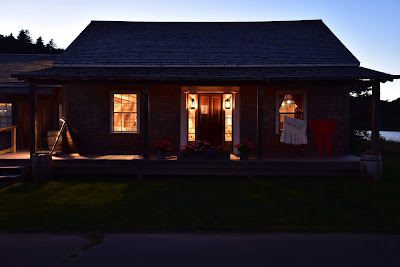 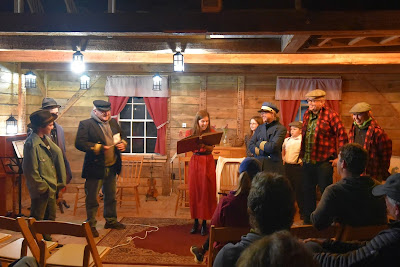 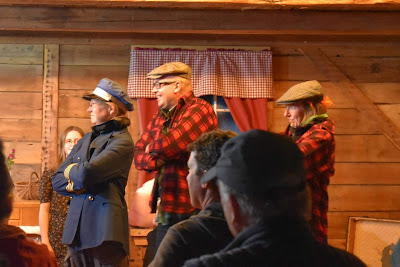 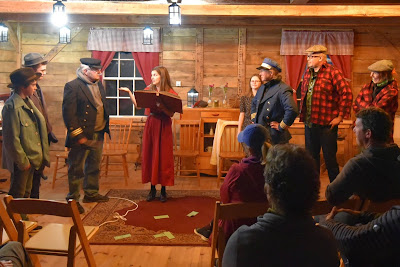 It was a wonderful evening, and as we headed back to the tent in the decidedly crisp autumn night under a sky full of stars and a bright half moon, we felt very lucky to be where we are right now. 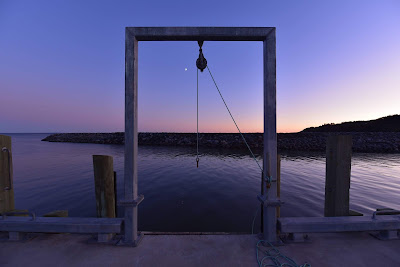