This morning was overcast and cool, with quite a strong wind as we set out, feeling refreshed. We headed down the road to Robin's for breakfast and to meet Daniel, a photographer for the Great Trail. This turned out to be a very interesting and enjoyable meeting, and he was kind enough to take us back to the trail for a few photos, and to provide a bit of much appreciated trail magic in the form of Clif bars!


After saying goodbye to Daniel we headed out of Arnold's Cove. On the way in to town yesterday we saw signs of industry, and there were more this morning. Arnold's Cove is adjacent to the community of Come By Chance, which is home to a large oil refinery. Signs of prosperity were evident in Arnold's Cove, from expensive cars and large houses to well maintained city parks. It was good to see a community prospering, but one of the challenges we hope to gain some insight into on this hike is how we can live sustainably in such a way that jobs, communities, and the environment thrive and stay healthy for generations to come.  Canada has many communities based on the extraction of natural resources, but many experience a boom-and-bust cycle that has detrimental consequences for both people and the environment we depend on. 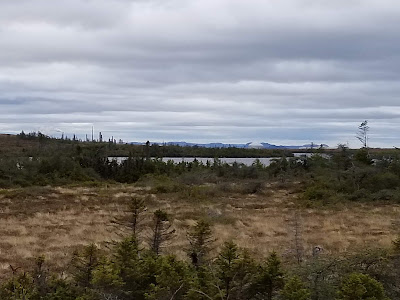 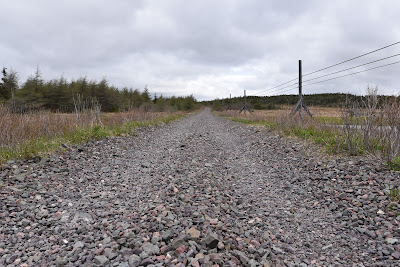 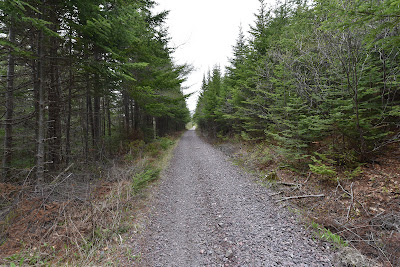 After leaving Come by Chance behind, we headed towards the town of Goobies. At this point you have to stop and ask, who can't love a province that has a place called Goobies? Other towns that can be found in Newfoundland with monikers that might spark the imagination are Blow Me Down, Little Seldom, and Happy Adventure. On the more riské side there is also Tickle Harbour, and Spread Eagle Bay, which is located in Conception Bay and has a view of Dildo Arm. We must also not forget Funk Island, where the last of the Great Auks was once seen. 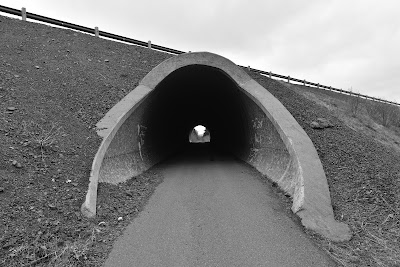 
At some point in the morning we officially crossed out of the Avalon Peninsula, and the shift was marked by a climb into tall, steep, rocky hills. The trail followed a kind of valley between the peaks, which offered beautiful views of the sparsely forested slopes. We also saw some pretty impressive power corridors bisecting the landscape, and were excited to see our first moose tracks! 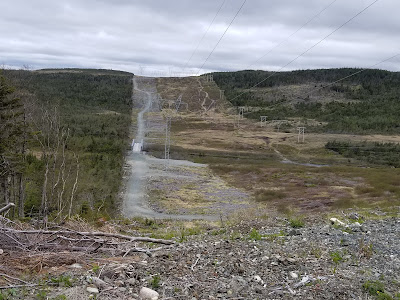 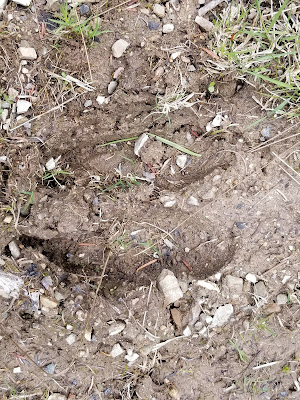 Our walk this morning was chilly, and due to the wind, we didn't hear or see too many birds. A definite highlight was a Belted Kingfisher that was perched on the side of a wide, flat, rushing stream. Unfortunately he took flight as we approached, darted across the river, and was gone. 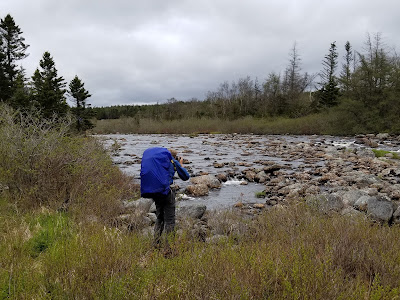 We had hoped to get a coffee and sandwich in Goobies to warm up, and Google maps suggested this would be a relatively simple operation, involving a right turn off the trail onto a road, and a short walk. When we got to the crossing we discovered an underpass for the trail with an impossibly steep gravel embankment going up to a busy highway above. This was not the first time Google maps has suggested a resupply point was present that either wasn't there at all or was located a good 10 km from where we expected it, or suggested we could take a route that turned out to be impassable. This is just one small, simple example of how online resources and Googling something are not the same as experiencing it in real life. 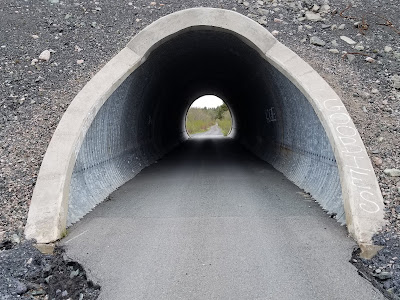 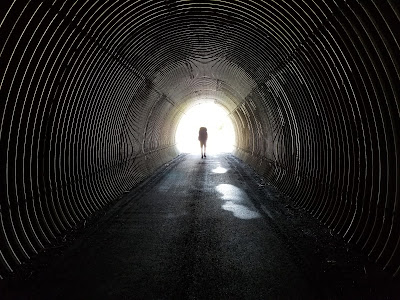 As we skirted around Goobies we crossed under the Trans Canada Highway several times.  If this is what it feels like to use a wildlife corridor I'm not sure if I would choose that route.

Around 4 PM we began looking for a spot to camp. The trail had become a wide gravel road, and we were passed by four or five cars. 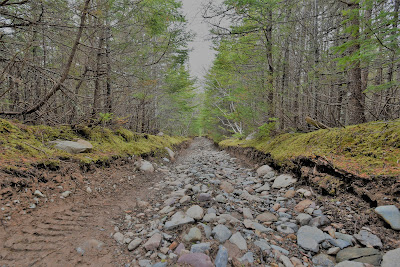 We found a path leading off towards a lake, and followed it until we found a nice flat-ish mossy spot to pitch the tent in the shelter of trees. 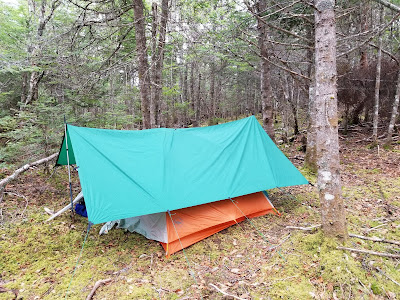 As we began setting up camp we discovered this was actually warbler woods - there were two Black-throated Green Warblers and a pair of Black-and-White Warblers hanging out quite nearby, and they came over to watch and comment on our activities. 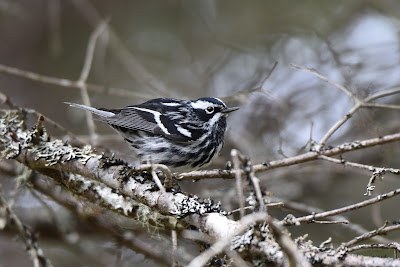 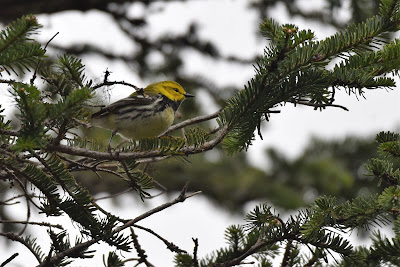 The temperature has really started to drop (indeed tonight it has plummeted from +13 to -1), but we are warm in our tent and thankful for another beautiful day.