Canada's Great Trail has no official starting points.  This is wonderful as the trail passes through 15,000 communities and has an eastern terminus, a western terminus and a northern terminus.  What all of this means is that for almost 80% of Canadians they are connected to one another and can literally step outside their own doorstep and begin trekking!

For us, at the eastern edge of the trail in Newfoundland there are also a few possibilities for where to begin.  One is the official Mile Zero marker located outside the Railway Museum at the west end of St John's harbour, NL. However, the trail does extend 15.6 km east of that point, out to the Cape Spear National Historic site, which is the most eastern point in North America.  Adding to the confusion is a 300 + km loop of trails around the Avalon Peninsula (which St. John's is a part of) called the East Coast Trail - which is also part of The Great Trail.  Given that we trained on and completed the ECT in 2018 we decided that for us it would be appropriate to begin on the shores of the Atlantic Ocean at Cape Spear, so that was the starting point for our 3 year hike across the nation.
June 1st, which was also International Trail Day, dawned cool and overcast with no wind - in other words, perfect hiking conditions! We are doing our three year hike across Canada to connect people to nature through birding. Nature Newfoundland, which is a provincial conservation group that also works to protect nature and get people outside, kindly organized a kick-off event for us. As a result, we were met at Cape Spear by a group of dedicated and enthusiastic volunteers who had come to walk the first few kilometres of trail with us. Their cheers as we left the parking lot will remain with us! 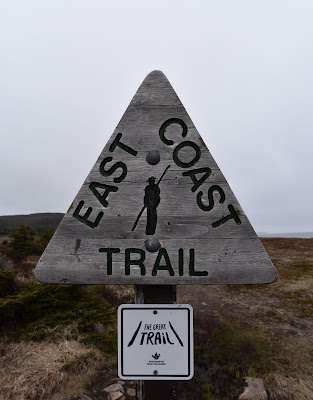 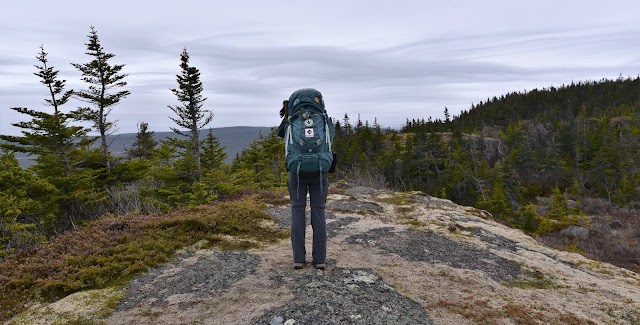 Cape Spear has an iconic lighthouse atop a high cliff. As we gathered, we could see a towering iceberg behind the lighthouse, and another farther down the shoreline. We took the Blackhead Path, which is part of both the rugged East Coast Trail and the Great Trail. This picaresque path wends it's way along the clifftops on the very edge of the Atlantic. It is steep and rugged, and provides panoramic views of rolling hills covered in Boreal forest, exposed patches of shield, small lakes, and of coarse, the Atlantic far below. In this section you get a chance to view a seabird colony close-up, cross a narrow rocky stretch that divides the Atalntic from a large fresh water lake, and in our case, see three impressive icebergs. As we approached the city of St John's, we were given stunning views of Cabot Tower at the Signal Hill National Historic Site, which is where the first transatlantic telegram was received in 1901.

We spent our first night in St. John's, and then headed off down the Grand Concourse (another section of the Great Trail network). For the next two days we made our way along a very well-maintained urban multi-use trail, that was full of people jogging, walking, and bike riding. As we trekked through the suburbs, we passed by shopping centres, residential neighbourhoods, industrial sections, sports fields, and a few wilder stretches of green space. Many people were extremely friendly and stopped to chat, which made our progress slow but enjoyable. 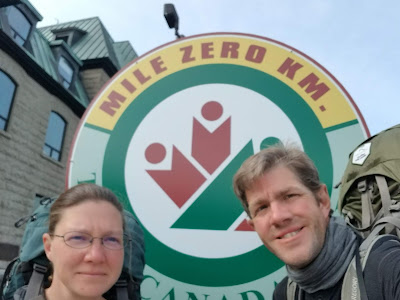 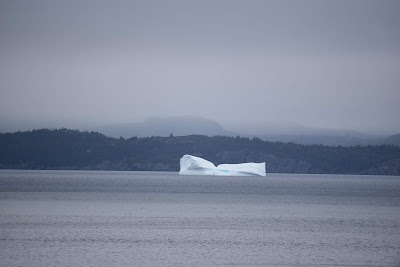 On our third trail day we left Holyrood, which was a small community on a harbour where a humpback whale had been seen only days earlier. The trail turned inland, and became the T'Railway Trail. This trail is a wide, flat gravel track that sits atop the old railway line that used to cross Newfoundland. In some places the gravel is fine and easy to walk on, but in other stretches it is composed of much larger pieces which are oddly hard to walk on. Currently it seems to be used primarily by ATV enthusiasts.

The day we left Holyrood we walked through quite a bit of rain, so we decided to stay at a private campground 2.5 km off the trail, which offered laundry services and a chance to dry our clothes. We had a lovely campsite on the shores of a small lake, and enjoyed all the amenities (like showers, laundry, and a store with basic supplies!). 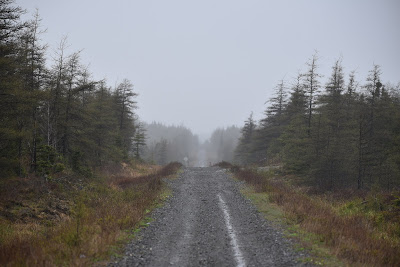 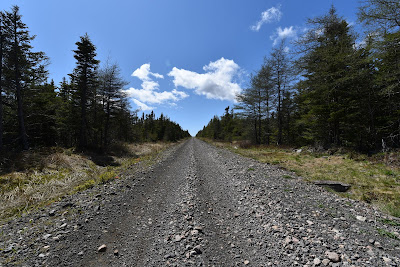 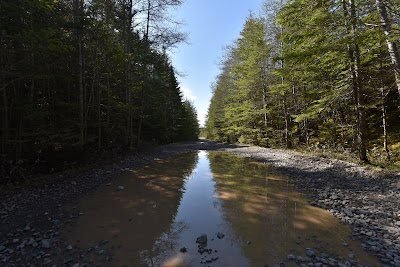 After that the trail continued through a beautiful landscape of Boreal forest, wetlands, small lakes, and cottage communities. It is relatively easy hiking on the mostly flat rail bed, except for the beating the gravel gives your feet. As we crossed the 100 km marker, and started officially heading west at Placentia Junction we entered a stretch with no amenities. We found a beautiful place to camp in a mossy glade on the shores of a lake, sheltered from the wind one night. The next day it poured torrentially, and we eventually found a spot on the side of the trail that was large enough to for tent, and wasn't wetland. The next night we found a picture perfect site on the shores of large lake, and fell asleep listening to the haunting duet of a pair of Common Loons. 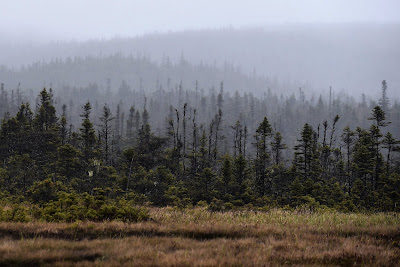 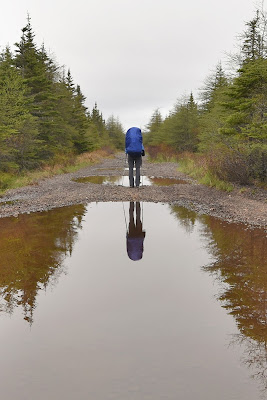 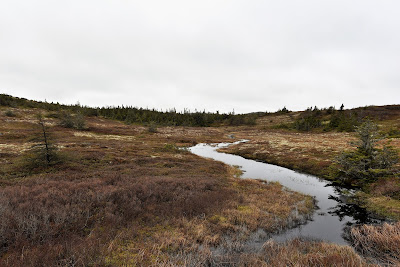 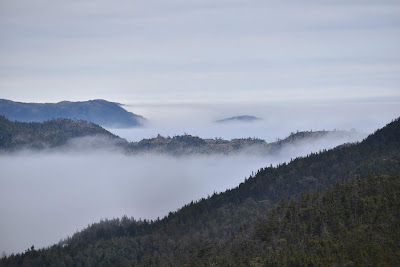 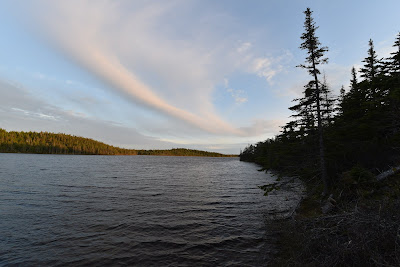 In the 225 km of trail east of Clarenville, which is nearly one quarter of the way through the province, water is plentiful, food resupply is possible every 3-4 days, wild camping along the trail is legal and relatively easy to do, and the scenery is stunning. It is June 11th and we are still having a few nights where the temperature dips to near 0°C, but the leaves are budding and spring is on it's way! 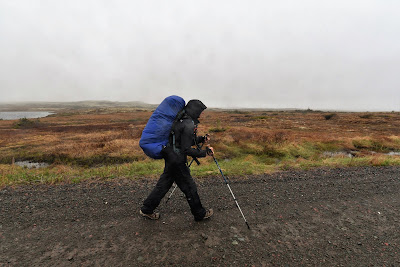