We headed out of Clarenville around 8 am, figuring we probably wouldn't get too far before the rain began. Surprisingly, we made it about 23.8 km, and managed to get the tent set up before the first drops fell, so we considered it a very good day! 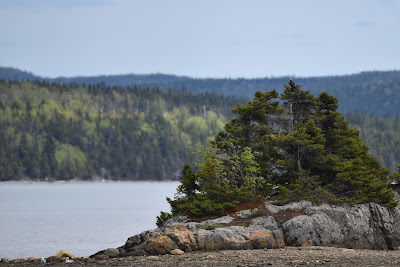 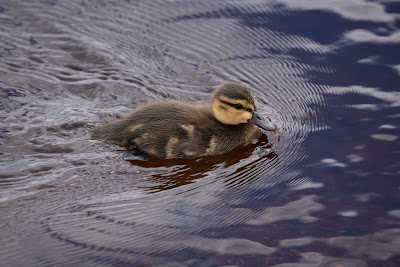 The trek out of Clarenville was really quite beautiful. As we skirted Shoal Harbour on a treed track we were given glimpses of the lake, the Yacht club, and the colorful houses on the shore. 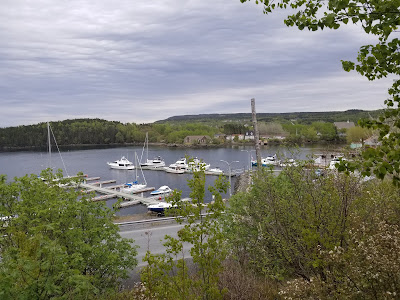 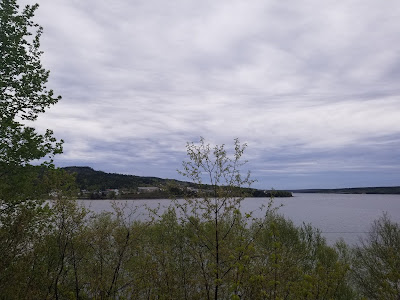 There were some nice lookout points, complete with informative signs describing the history and ecology of the region. As we were reading one of these signs we were excited to watch an osprey out in the harbour hover, dive at high speed, and come up with a fish. Bullseye! 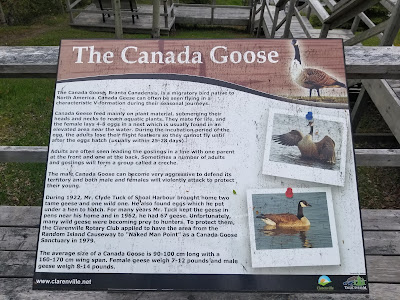 As we left Clarenville we passed the old railway station, which along with a sample CN rail cars is kept in pristine condition.  At one time Clarenville served as a railway hub for trains going up to Bonavista, Trinity, Port Union, and Catalina.  It was very important to the lumber industry, keeping it alive at beginning of the century. 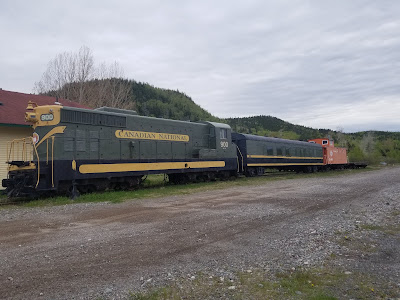 Once we headed out of town we began following the Shoal River, which is important habitat for Brook Trout, Brown Trout, and Atlantic Salmon. It was a wide, flat river, fast flowing with a rocky bottom, like many Boreal rivers. 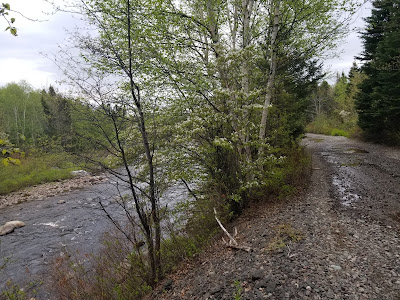 As we followed the trail we noticed there were more birch, aspen, alder, and maple than we've seen so far. This increase in deciduous tree species was accompanied by a shift in the birds we were hearing and seeing. American Robins, Wood Thrush, Black-throated Green Warblers, and American Redstarts were plentiful. 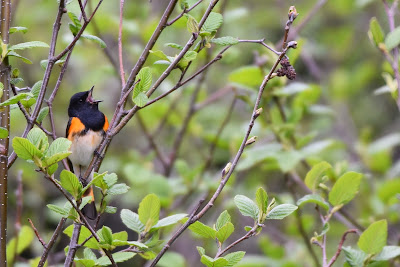 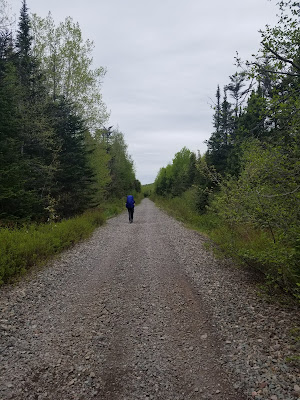 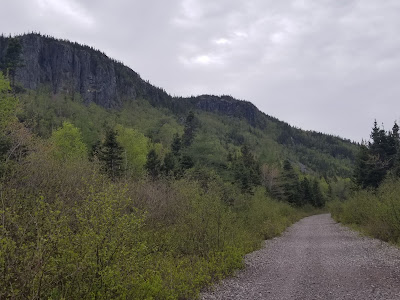 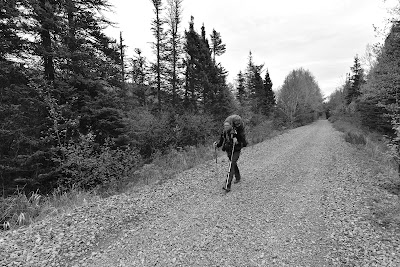 One of the highlights of the morning hike was coming across a Hairy Woodpecker foraging for insects in a cut stump on the side of the trail. He seemed unconcerned with our presence, and let Sean get quite close to photograph him. 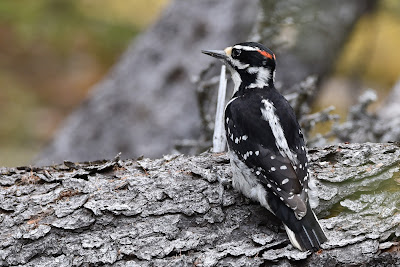 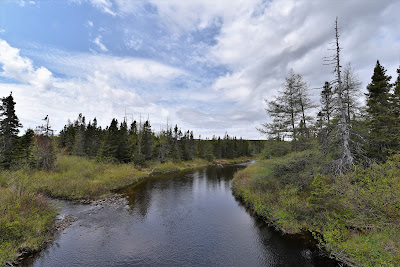 By around 1 PM the sky was beginning to cloud over and a cool breeze was beginning to rise up, blowing away some of the blackflies. We began to look for a place to camp, only to enter a cabin area. Unlike the lakes we've come across so far, which have generally had widely spaced cabins scattered around the edges with undeveloped land between, this lake was fully developed. We kept going, only to arrive at Thorburn Lake, which was completely surrounded by large and expensive looking cabins, cottages, and homes, many with elaborate landscaping, emaculate lawns, large boathouses with private docks, and more than one floatplane. Clearly this was a prosperous area, but it made finding a place to camp difficult!


Eventually we rounded the end of the lake, exited the cabin area, and picked up the gravel track of the Great Trail again. Just before we came to the Trans Canada Highway we found a secluded patch of woody scrub with access to the lake for water. We hurriedly pitched the tent and got our beloved tarp up just as the first raindrops began to fall. Once again, we were left feeling enormously lucky and grateful! 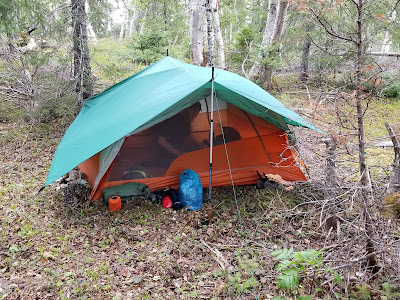