Today began with a lovely breakfast of toast, scrambled eggs, bacon, fresh fruit, orange juice, and coffee. Extremely full and happy, we bid our hosts farewell and headed down the trail. 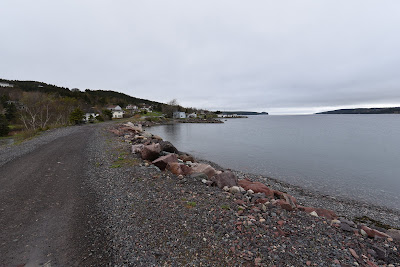 About two minutes after walking out the door it began to mist heavily, then rain, then pour. A few minutes later it cleared, giving us a lovely view of the "mountains" beyond the Holyrood harbour. The sun made a valiant attempt to break through the clouds, but to no avail. So the day went, alternating between mist, rain, and periods of damp. At least it was warm, and the fickle weather only increased the natural beauty of the landscape. 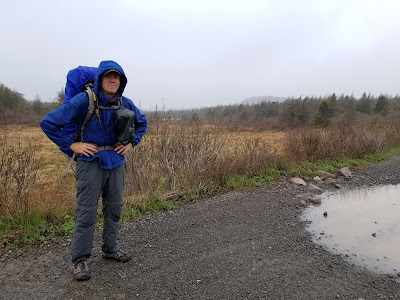 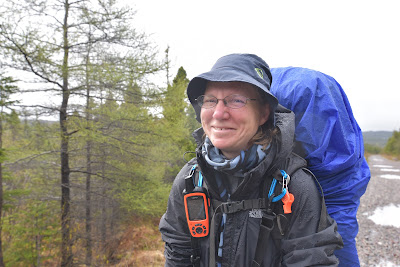 Once we left Holyrood we were really and truly on Newfoundland's T'Railway Trail. This is an 890 km long provincial park, that crosses almost the entire width of the province, following the former CN line from St. John's to Port-aux-Basques. To put this into perspective, the trail is longer than the Camino Frances, which crosses Spain. The T'Railway Trail seems to mostly be used by ATVs, and a few of the people we've spoken to seem to believe it was made for that purpose, warning us to be careful walking on it. It includes over 100 trestle bridges, and traverses some of the most rugged landscape in the province. It is a wide track, in places filled with a nice fine sandy gravel, and in others with a much coarser rock bed that becomes painful to walk on after a while. 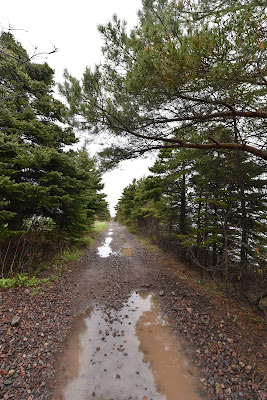 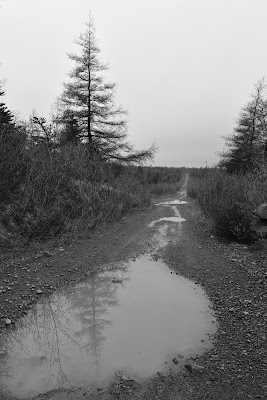 As we left the more developed communities behind, and the trail took a turn away from the coast, we also found ourselves in a more evidently Boreal forest landscape. This landscape is a mix of white and black spruce, tamarack, and balsam fir, and is dotted with wetlands and small lakes and rivers. The fog and rain brought out the colours, and gave the landscape a magical quality that was amazing to be a part of. 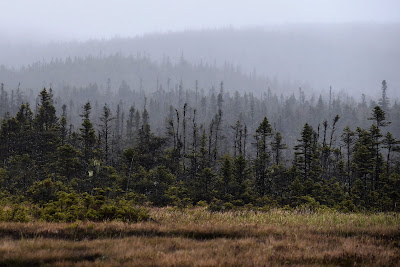 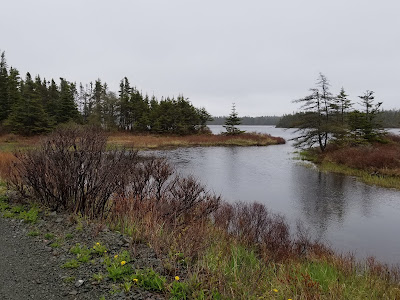 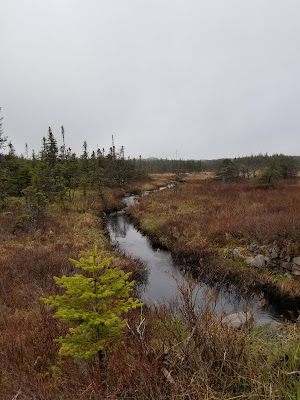 We saw and heard lots of birds, even duringthe hardest downpours, including a couple new species for this hike: an American Tree Sparrow and a Blue Jay. Although we didn't manage to get photos of many birds due to the very wet weather, there were lots of details to enjoy. 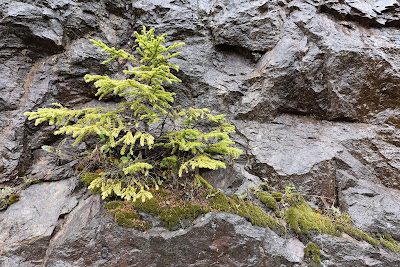 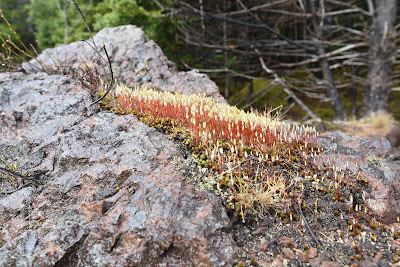 An hour or so into our hike we found ourselves at the Avalon Railway Museum. This charming yellow building is located on the trail, adjacent to the longest section of remaining train tracks in Newfoundland. There are picnic tables outside, and as we paused to take a break the sun made a brief appearance. We also talked to the very friendly museum curator.  He said a man had passed through a couple days ago on a bike, riding to Vancouver, who hoped to be finished in 5 months. We also heard that a Dutch man is a few days ahead of us on the trail, walking to Port-aux-Basques. It is nice to know that the trail is well used. 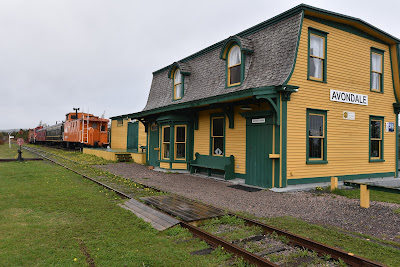 After the museum we walked the rails for the 2 km they extended. It made for some interesting variety, but anyone who has tried this can appreciate how awkward walking the tracks can be. 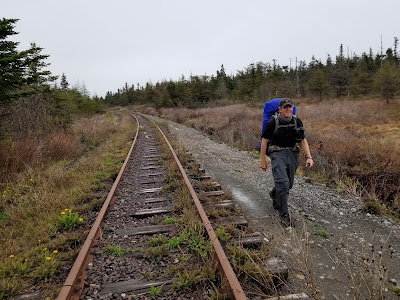 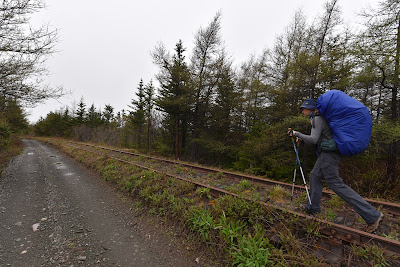 We decided to walk a few kilometers off the trail to camp at Gudshue's Pond Park. This is a private campground which advertised a convenience store, showers, and a laundromat. It was a bit of a long walk in from the trail in the rain, but it was well worth it. 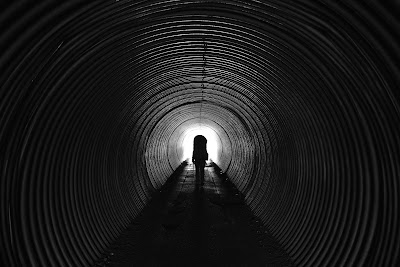 We have a nice campsite on the edge of a lake, we were able to wash and dry our clothes, and we picked up some supplies from the shop. The people who work here are very friendly, and as we lay on our tent listening to the rain outside we feel lucky for another great day on the trail. 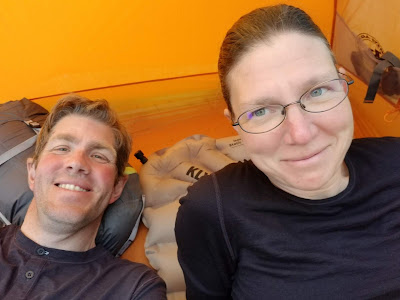