Beyond Pond Crossing to Howley

This morning was hot, sunny, and full of surprises. Since we camped in bear country, we took the precaution of hanging our food last night. It wasn't really high enough up to flummox a determined bear, but it was secure and away from the tent. When I went to retrieve it this morning I saw fresh moose tracks, from both an adult and a calf, and fresh bear tracks on the trail outside our tent! 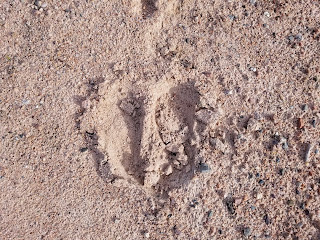 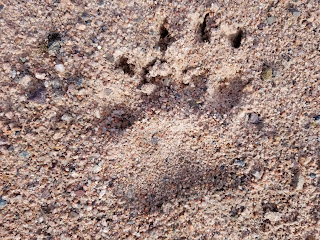 I walked back to the tent with the food bags, and as I was getting ready to boil water for our morning coffee and oatmeal I looked up to see a big black bear about 30 m down the trail! He looked at me for a few minutes, apparently full of curiosity, and then wondered off into the bushes. Quite a sight! 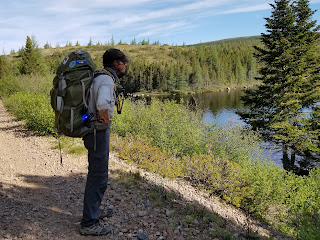 After setting out in the hot morning sun, we were in for several treats. A few kilometers down the trail we came to a beautiful lake, whose perfect reflections were broken only by a family of Canada Geese consisting of three adults and twelve goslings.

From that point the trail began to descend, and we soon found ourselves in a deep river valley. The steep sides were forested with conifers, and at the bottom we found a wide, shallow, fast-moving, bolder strewn river. The sounds of the rushing water, and the cool refreshing breeze were wonderful indeed. 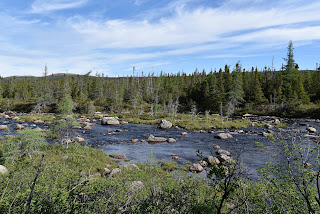 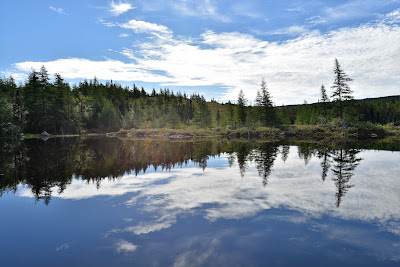 The river remained a constant companion for much of the morning, and we crossed over it several times on impressive trestle bridges. 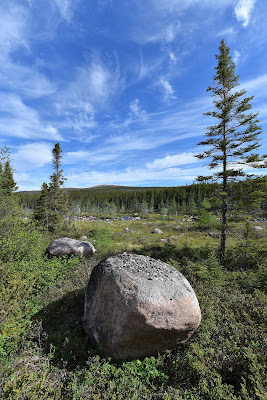 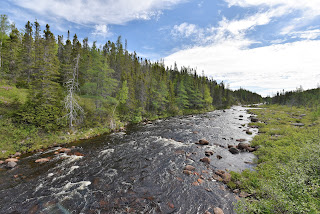 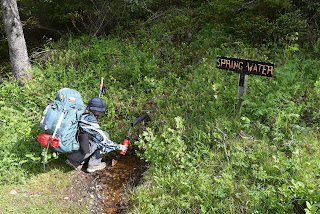 We also passed several settlements with cabins and cottages, such as the small settlement in Kitty Brook. Some of these cabins had been fashioned out of old railway cars, although these creative abodes ranged from abandoned and derelict to very well maintained. 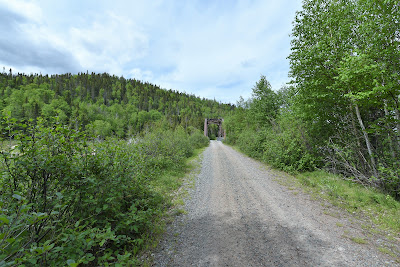 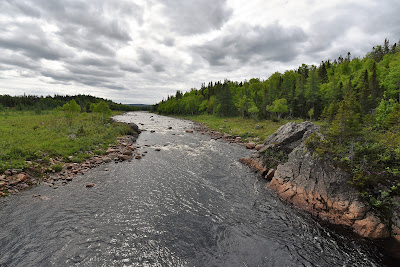 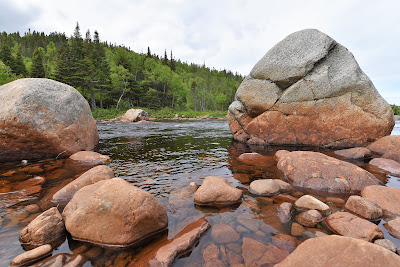 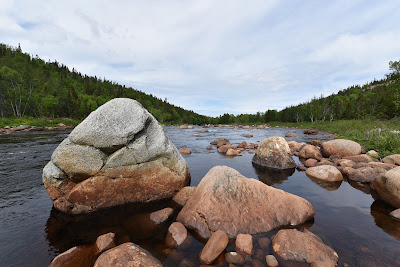 As we were taking a short break by the side of the trail around mid-morning, we were at first puzzled and then delighted to see a Pine Marten. He was zigzagging back and forth on the trail scent marking all the larger rocks as he went. When he finally noticed us he stopped and stood up on his hind legs, giving us a fantastic view of his bright orange bib. 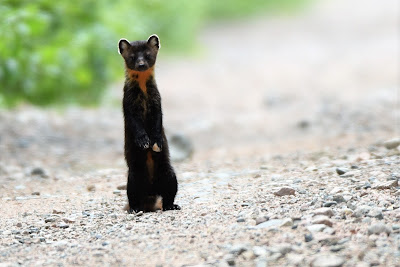 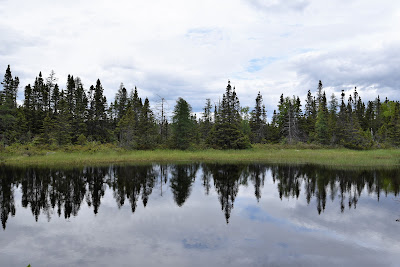 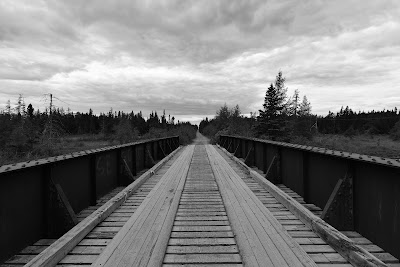 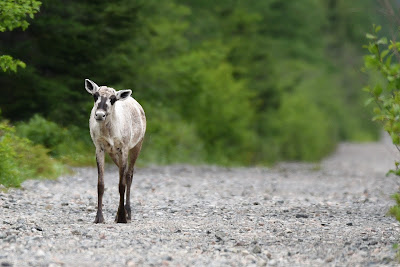 Throughout the day we were also passed by quite a few vehicles and ATVs, all heading in to spend the long weekend at their cabins. Each time we stepped off the trail to let them pass we startled 3 or 4 American toads. All day there were frogs and toads calling in the ponds, marshes, and wetlands, so mating season must in full swing here! 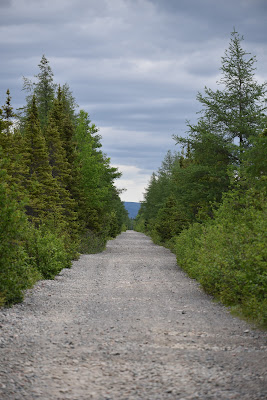 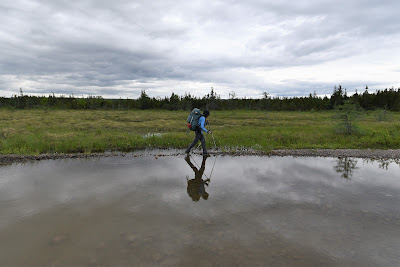 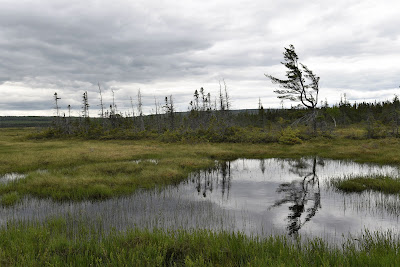 Once the trail pulled away from the river we entered a long stretch of treed trail that was bordered on both sides by marshes. Apparently this stretch is renown for its ducks and water birds, but hard as we searched we didn't see too many. The mosquitoes were pretty thick and hungry however, making stops impossible during the last 15 km or so.

We did however have another unexpected encounter with a caribou! This one was running down the trail towards us, stopping every so often to nibble on a particularly tasty looking bit of vegetation. The colouring in this animal seemed unusual - a light coat with dark spectacles, nose, and legs. He noticed us before he got too close, and high tailed it into the trees, but we enjoyed watching him nonetheless. 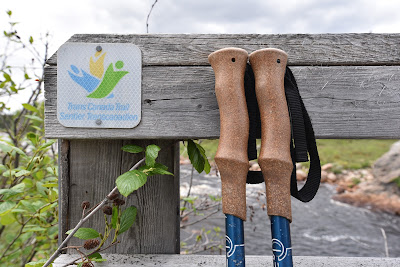 Just before reaching Howley we passed several beautiful ponds, which were reflecting the evening light, and echoing the calls of frogs. It was still very buggy, so we continued in time town.

Tonight, to celebrate our successful crossing of the Topsails, and to do some posts on our findings up there, we are staying at the Howley RV Park, where there are showers and laundry facility.  We made it!