Yesterday was a nero for us, meaning we walked near to zero kilometers. We hiked 3.5 km out of Grand Falls - Windsor, but we were both feeling pretty tired and sore, and when it started to rain as we passed the Beothuk Family RV park we decided to stop and take a rest day. This turned out to be good decision for us. The campground had all the hallmarks of an old provincial park with deep, treed sites spread out along immaculately clean gravel roads, a sandy beach for swimming, hot showers, and laundry facilities. The owners were super friendly and nice, driving downtown to find me and drive me back from the post office when it started raining. 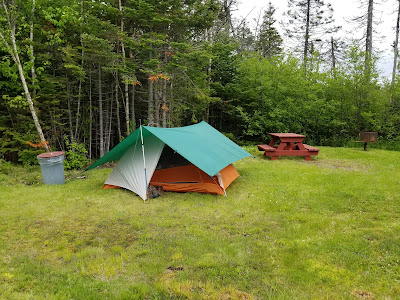 It rained for most of yesterday and nearly all of last night, so we had a bit of a late start this morning trying to get things to partially dry out before we packed them up.  As we set out there was a brief spell of sunshine, and as we followed the trail around the lake we were given a fantastic view of a group of male Ring-necked Ducks paddling in the marsh grass, a pair of Ring-necked Ducks, and a mother Black Duck with six little ducklings in tow. 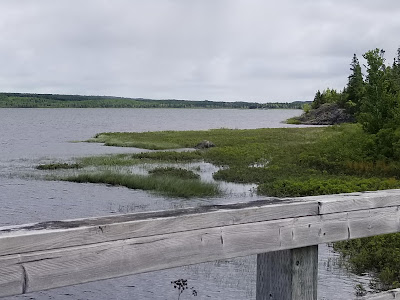 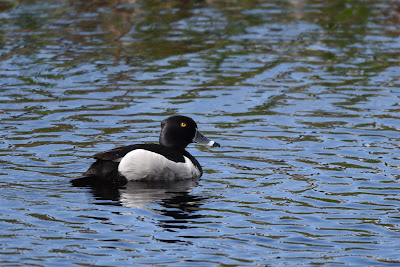 On the far side of the lake was a wet meadow, filled with blooming pink rhododendrons, white Labrador Tea, and several other types of pink and white wildflowers that we have yet to identify. When I think of fields of wildflowers I don't typically imagine northern landscapes, but I think today we found a Boreal wildflower meadow and it was incredible! 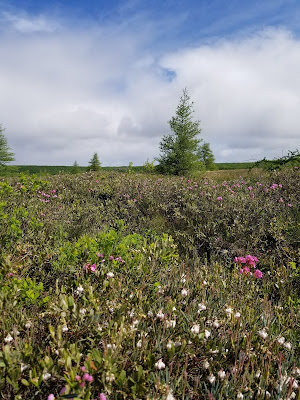 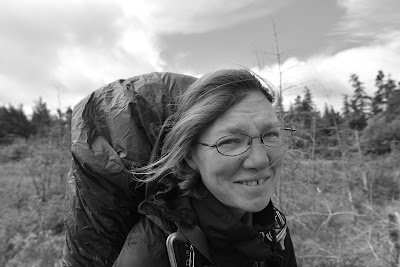 The rest of this morning had scattered showers in store for us, and although it was windy, it wasn't particularly cold, so it was on-again off-again with the rain gear. This actually led to one of today's wildlife highlights. After one such switch Sean let out a louder than usual groan of pain as he hefted his pack, which is loaded with more food than usual at the moment in preparation for the Topsails crossing. Just as he did so, a young gangly moose poked his head out of the bushes at the side of the trail, jumped at the sight of us, and hurriedly trotted off down the trail and out of view.  It all happened in the blink of an eye, but it was very exciting!

Other showers were less exciting, although one conveniently located underpass provided is with shelter during one particularly vigorous downpour. 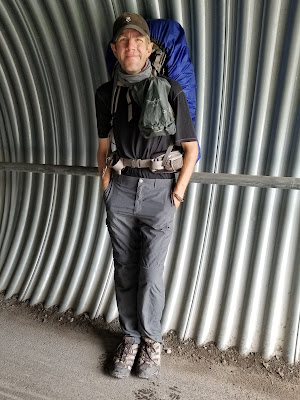 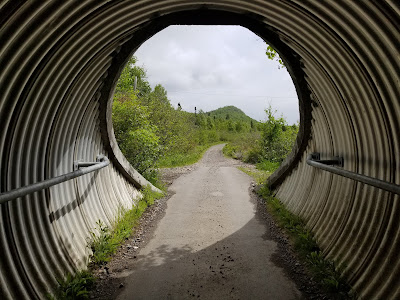 For most of the day we walked a green lined corridor between the Trans Canada Highway and the Exploits River. With the water, path, highway, and telecommunications lines all so close together we really got the sense that we were travelling a major transportation corridor.  It led us to wonder what kinds of people and goods used to be transported along this stretch historically.  We seem to know so little about regions and indigenous history even in Canada.  What little is known about the Exploits River is that is used used by the now extinct Beothuk peoples and that due to the waterway's Salmon it is a natural gathering spot for almost 140 different types of birds including Icelandic Gulls, Whimbrel, Sandpipers, Arctic Terns, Owls, Osprey, ducks, scoters, and King Eider. 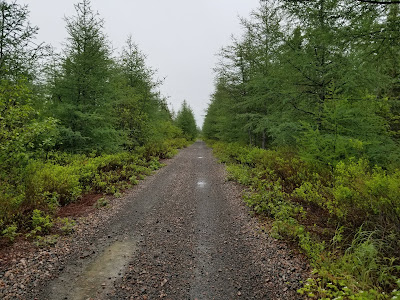 Walking beside the wide, flat, fast-moving Exploits River, with its many small islands and overhanging trees provided much fuel for the imagination as well. We almost felt like we could see a northern version of Huck Finn floating by on his raft, bound for literary adventures of his own. 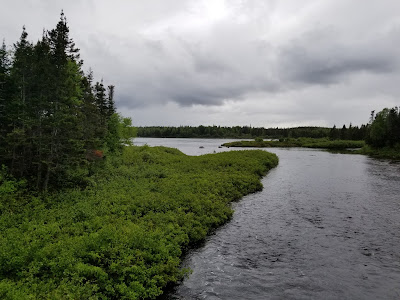 Around 2 PM the rain set in for good, falling at a steady, unrelenting pace. The raindrops turned the many small pounds and rivers we passed, with their dark waters, reddish-brown lily pads, and delicate marsh grasses into scenes straight out of a Monet painting. 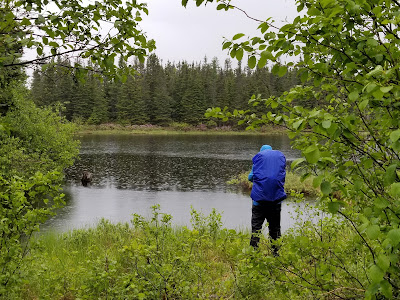 The rain also really brought out the colours on the trail itself - the bright green of the mosses and new leaves, and the reds of the gravel trailbed, tamarack needles, and trailside bushes, and the subtle colours of the lichen coloured rocks. 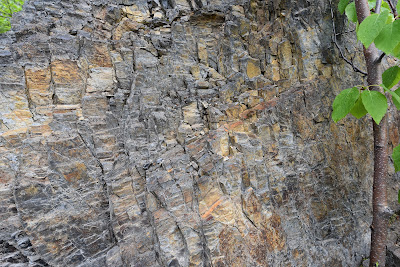 Although it was a beautiful and nearly bug-free day, we were pretty thoroughly drenched by the time we found ourselves approaching the community Badger. We were passed by a group of guys in four quads who stopped to see if we were okay, needed any coffee or food, and had a place to stay tonight. It was a group of four retired guys on an ATV trip from Deer Lake to Goobies and back. They were very kind, and one of them could have been a dwarf from Bilbo Baggin's quest - right down to his long, grey braided beard. It sounded like they were on a great adventure of their own. 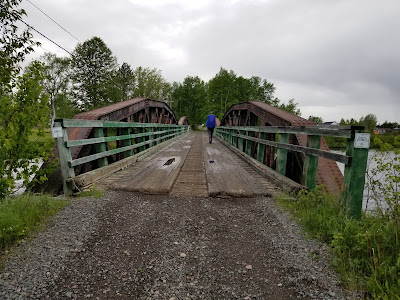 When we reached Badger we ducked into the Snack Shack for a bite to eat. The lady who ran the place was extremely friendly, and when she learned what we were doing she donated a fantastic piece of cheesecake with homemade strawberry sauce on top. The kindness of strangers is enough to warm even the soggiest of hikers! 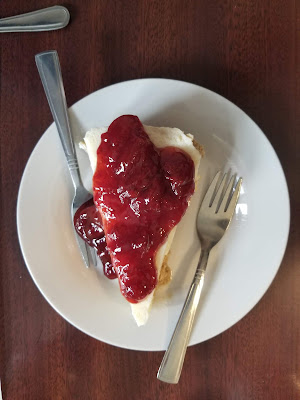 Tomorrow we head for the remote wilderness of the Topsails crossing through Central Newfoundland!
Posted by Sonya and Sean at 10:08 PM