Last night it rained a lot - enough to leave just over an inch of water in the cooking pot this morning, but we stayed nice and dry in our tent. This morning dawned sunny and windy enough where the gusts severely squashed and bowed the tent as we lay inside watching. 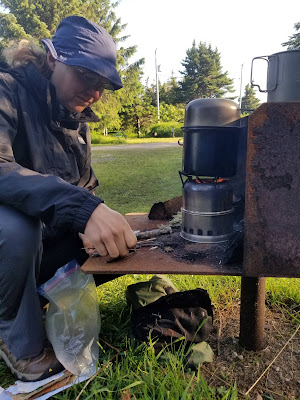 We managed to get enough of a fire going to heat water for coffee and oatmeal, and then headed out of the campground and back to the beach. On the road out we passed a pond with a rock that had seven Greater Yellowlegs hanging out on it. Quite the convention! 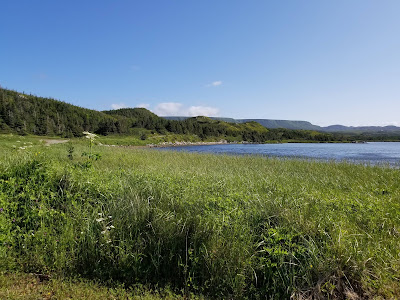 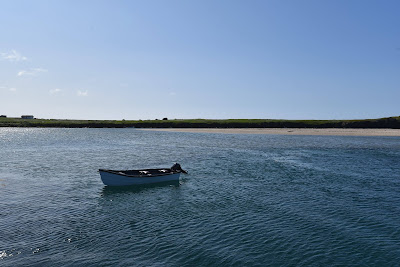 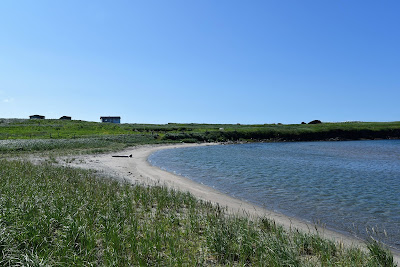 Cheeseman Provincial Park includes several kilometers of sandy beaches that provide habitat for the endangered Piping Plover. Although there are apparently only 33 documented pairs of nesting Piping Plovers in Newfoundland we were really hoping to get a glimpse of one. As we trekked, we were fortunate enough to see a plover run down the beach however, owing to issues on the premise we did not get a picture.  As we climbed the sand dunes it was so windy it was difficult to stand upright. We watched a Northern Gannet elegantly fishing off shore, and a couple of Herring Gulls and Common Terns playing in the wind, but had no luck spotting any Piping Plovers. 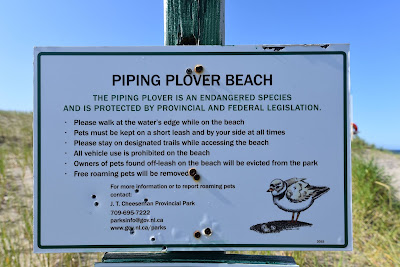 Reluctantly we headed down the trail to complete the last 8 km of trail in to Port-aux-Basques. It was a stunningly beautiful hike, despite our drunk-walking into the gusting winds. 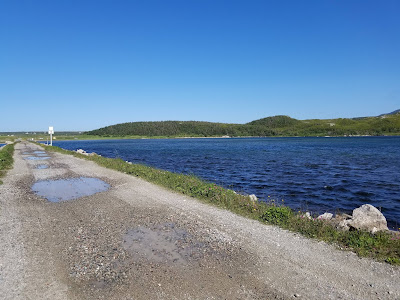 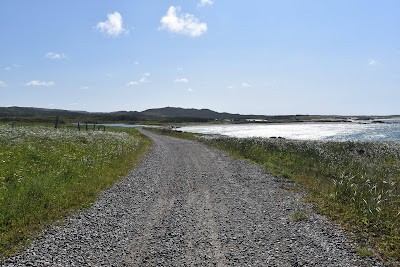 For much of the walk we had sandy beaches and dunes on one side of the trail and small inlets and lakes on the other. There were lots of Savannah Sparrows feeding young in the shrubs and dune grasses along the trail. We also had a wonderful view of a Bald Eagle soaring and dipping in the wind above the dunes before swooping low over the path in front of us. 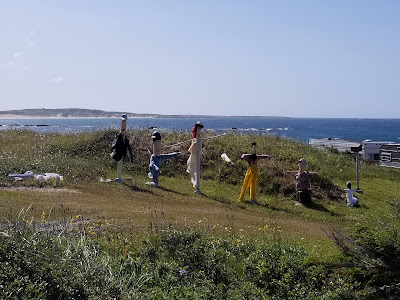 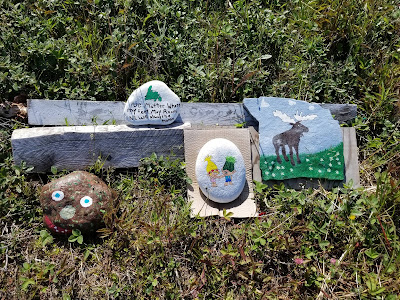 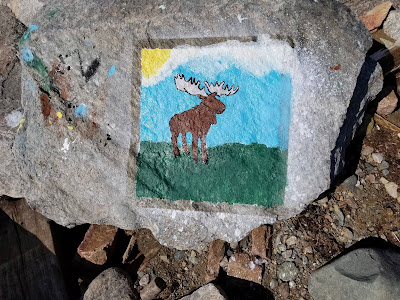 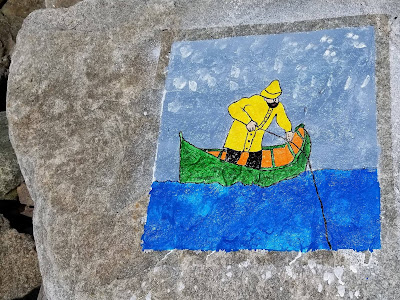 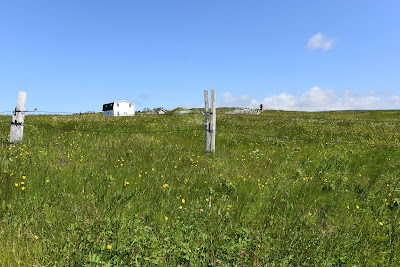 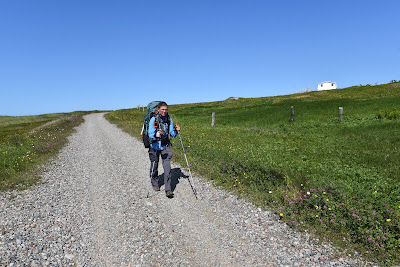 Another highlight was finding a stretch of rock art along the shore. 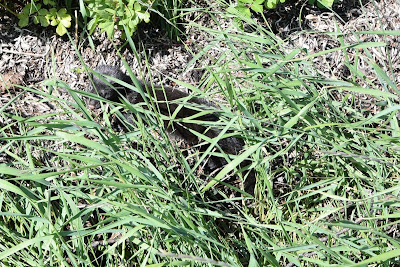 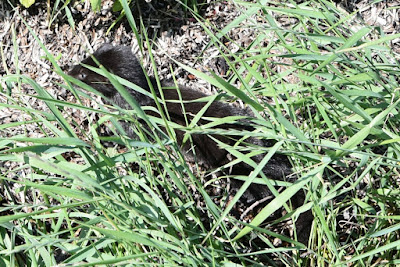 Just after this we were excited to see a small American Mink munching on a crab shell in the dune grasses on the inland side of the trail. 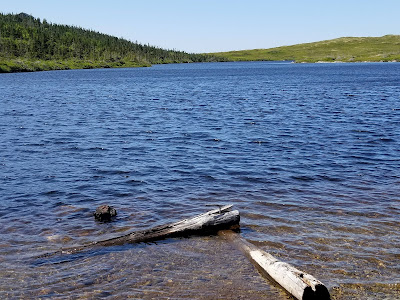 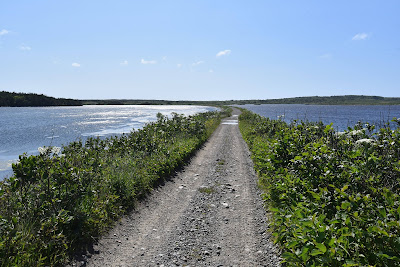 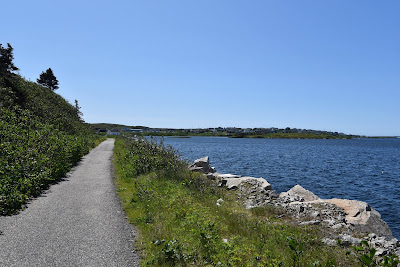 It was a beautiful walk, and as we approached Port-aux-Basques the trail became a paved pathway with small lookouts, benches, and information signs provided. 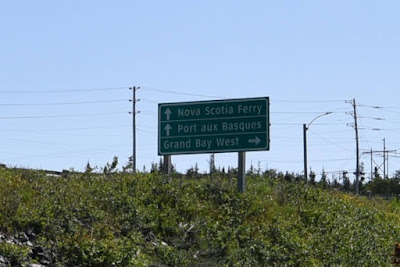 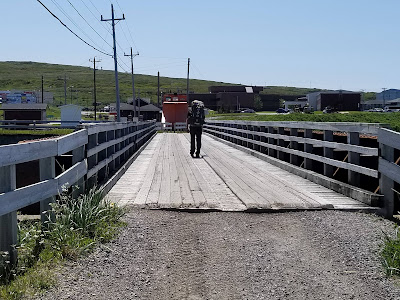 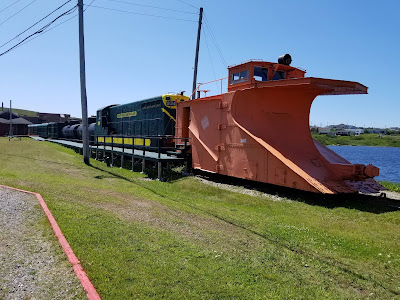 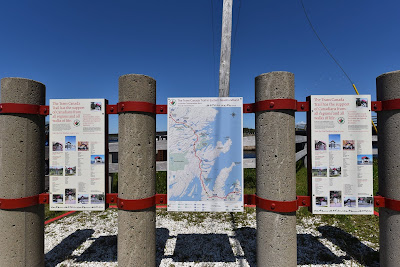 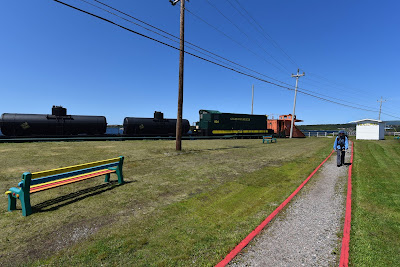 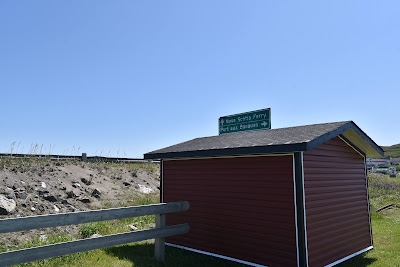 When we reached the edge of the town we arrived at a CN Railway station, which has been turned into a Heritage Railway Museum. Outside was an information board which provided a nice summary of the places we've been privileged to visit in Newfoundland. 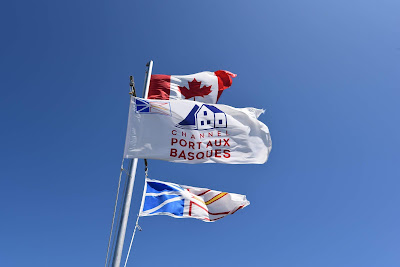 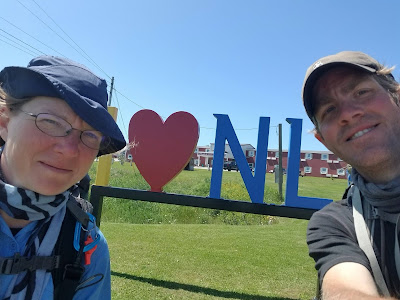 Although the trail still continues down through the town to the Ferry Terminal, we will walk that...perhaps tomorrow or the next day. For now this seems like a wonderful finale to a great adventure in Newfoundland! Although we look forward to what Nova Scotia will bring, we are very sad to leave this wonderful province behind.