We had a small breakfast of milk and cereal before heading out of Mabou. At breakfast we spoke with a lovely lady about our goal of walking to encourage youth to connect with nature through birding. She strongly related to the need to help young people break out of the isolation they experience by being online and gaming so much, and echoed a sentiment we've heard from many others. Parents don't want their kids to be online all the time, but most kids have phones for safety reasons now. Parents have to work so many hours to make ends meet that it becomes hard to monitor and restrict kids' online activities, and it is becoming increasingly difficult and expensive to find alternative activities that connect kids with themselves, their friends, and their communities. How to find the balance between the safety of family, communication, access to information, but still avoid the isolation of the digital world?  This conversation gave us lots go think about as we walked. 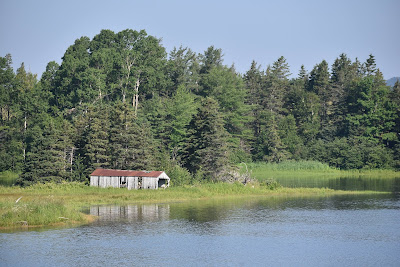 \
The trail between Mabou and Port Hood was just as nice, flat, and spotlessly clean as the section of the Celtic Shores Coastal Trail we walked yesterday. In many parts it was shaded as well, which was a wonderful treat. Even with the fantastic trail conditions, we struggled to cover the 20 km to Port Hood. Today was 37°C with 69% humidity, and it felt difficult to breathe sitting still, let alone lugging a 40 lbs backpack. By 11 o'clock we were hot and tired enough to be seriously concerned about heat stroke, and so we decided to use some of our emergency funds and reserved an air conditioned room in a motel for tonight. 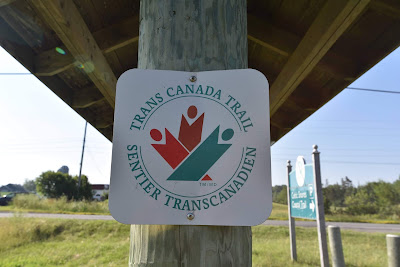 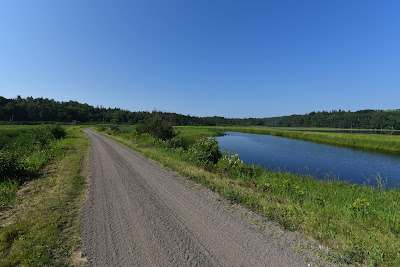 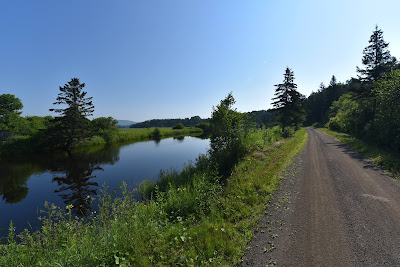 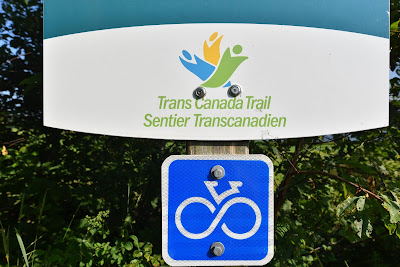 This wasn't to say the trail wasn't incredibly beautiful. For much of the morning we walked beside a river, which periodically opened up into beautiful wetlands and more open areas. In the still hot air the reflections in the water were stunningly beautiful. 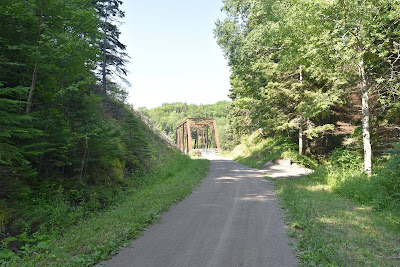 We also walked through some agricultural areas, with the beautiful red barns and farm machinery set against recently harvested hay fields. 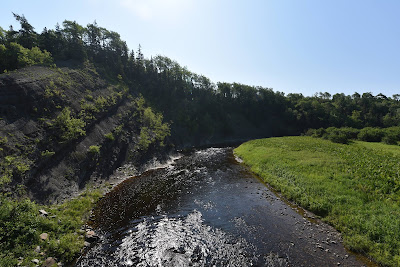 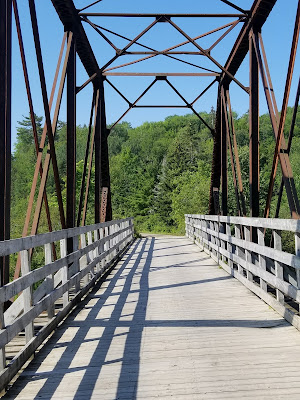 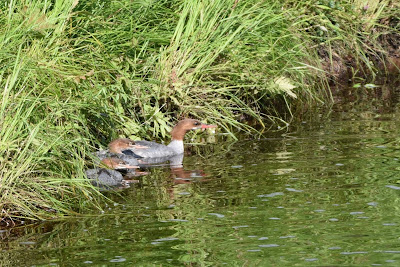 As we crossed one of trestle bridges over the river we were excited to see a family of Common Mergansers swimming in the water below. The four youngsters were about half the size of the mother, and they were very cute as they dove beneath her and came up on the other side. 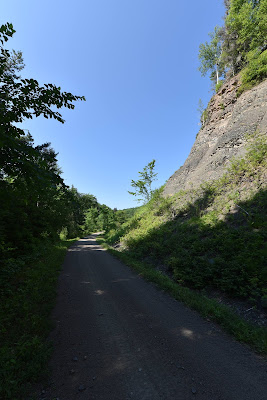 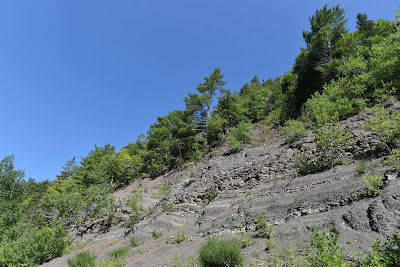 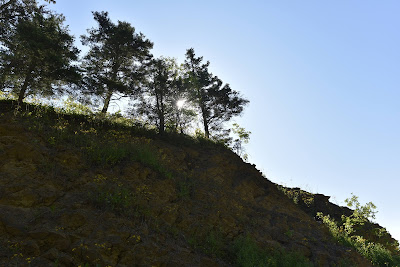 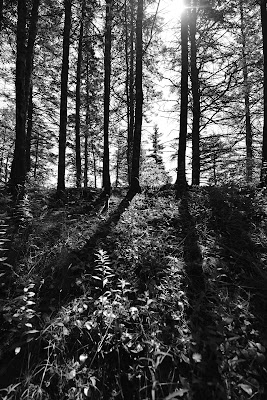 Other birds we saw along the trail today included an American Robin sitting in her nest, a Dark-eyed Junco feeding a frantic fledgling that wasn't yet able to fly, lots of American Goldfinches and Red-eyed Vireos, and a Downy Woodecker. The birds were generally quiet in the heat of the day, and we really couldn't blame them. 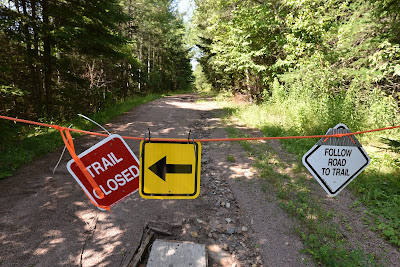 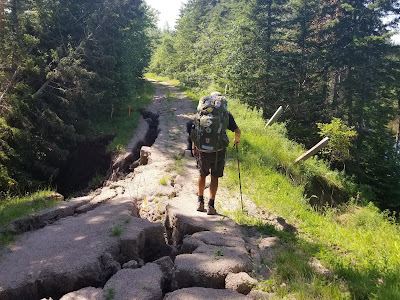 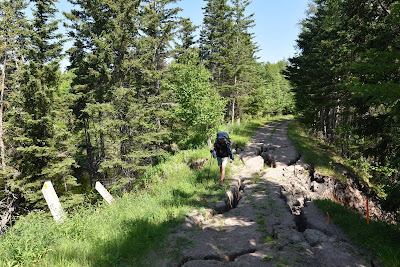 Just before Port Hood we came to a section of trail that was closed. Looking down the shadeless gravel road that we would need to walk to bypass the closure, we decided to investigate what the cause was. It turns out there was a pretty big washout in the trail, where the gravel trailbed was cracking and collapsing. While the cracks were 4-6ft deep, one side of the washout wasn't a very big drop, and the path felt rock solid, so we decided to risk the crossing. We made it over safely, and continued on our way, very thankful of the shade.

One thing we did notice was that the closed section hadn't been groomed. As you would expect on an outdoor trail, there were small sticks and pinecones lying on the (closed) trailbed. So seriously, is the rest of it vacuumed or swept daily?  The immaculate conditions of the Celtic Coastal trail have led us to suspect so... 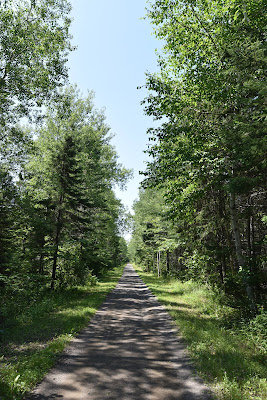 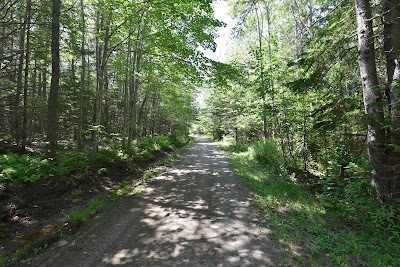 When we reached Port Hood around 1:30 PM it was extremely hot outside. The very nice people at the motel let us check in speedily and cool off. They were incredibly nice and helpful, and we appreciated it greatly. It seems there is even a chance of doing laundry!  While not a huge fan of scented laundry soaps, I can honestly tell you that anything is better than the smell hikers who have been on the trail too long and in too much heat. 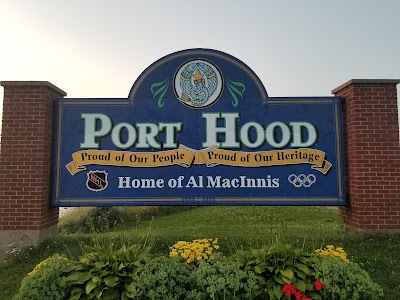 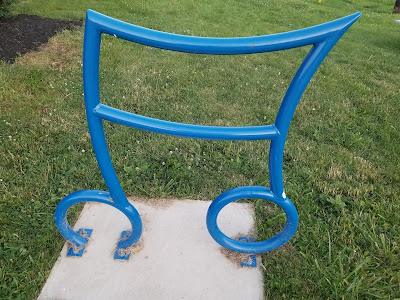 Once we were checked in I called my parents, and Sean headed to the co-op down the road for some supplies. He returned a few minutes later, empty handed. It turned out the co-op sold Lobster only. After searching online, Sean discovered there was another grocery store just one block farther away, so he headed back out into the heat, and this time met with success. 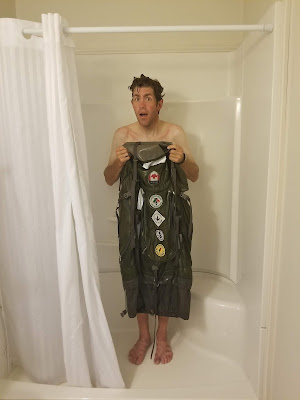 The rest of the afternoon we spent cleaning our gear, writing, and enjoying the air conditioning. It felt very luxurious, but also necessary in order to get caught up and avoid the heat. 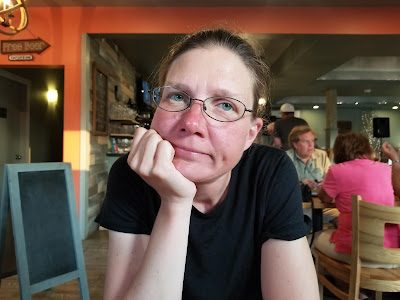 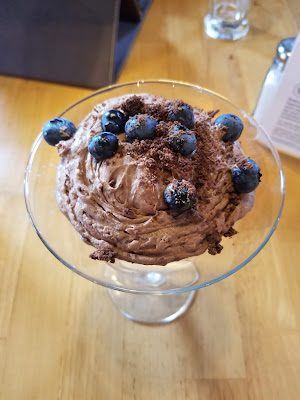 In the evening, when the temperature dropped a few degrees we ventured out for dinner. It was our one chance to get get off the trail and enjoy since Newfoundland and we took it.  To our delight there was live music, provided by the talented Pius MacIsaac.  It was a cheerful dinner, which finished up with a devine chocolate mousse! 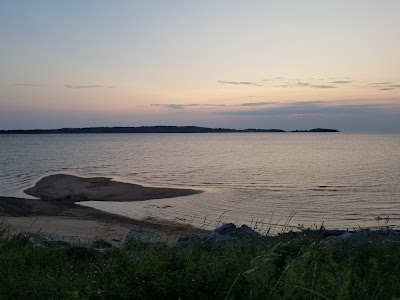 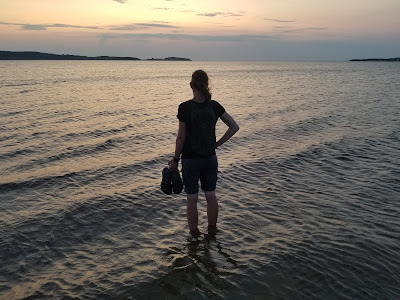 After our lovely dinner, which involved no rice or beans for a change, we headed down to the Port Hood Day Park.  This beautiful park includes a long sandy beach, grassy sand dunes, and a long boardwalk through a marsh.  It provides habitat for Yellow Warblers, Red-winged Blackbirds, Willets, Spotted Sandpipers, and many other birds.  As we walked the beach the tide was coming in, the sun was setting, and the lights of the town were beginning to shine.  It was a magical summer evening on the lovely Celtic Shores of Cape Breton. 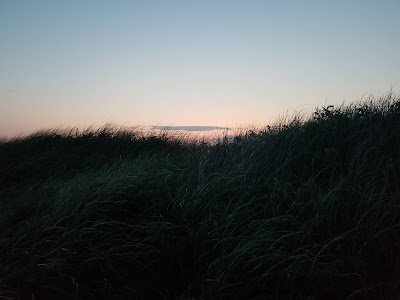 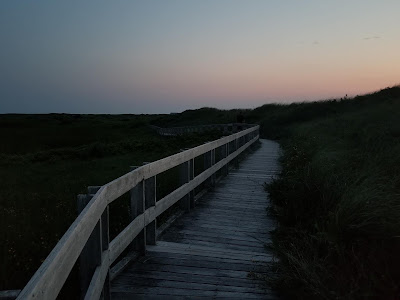 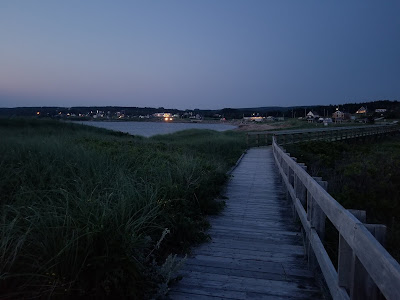 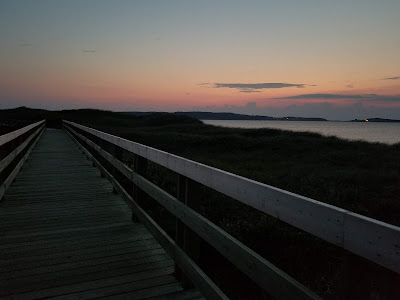