We were met bright and early this morning by Miranda and her son, who generously gave us a ride from the Cape Breton Highlands National Park back down to Whycocomagh, where we will pick up the Great Trail once again. 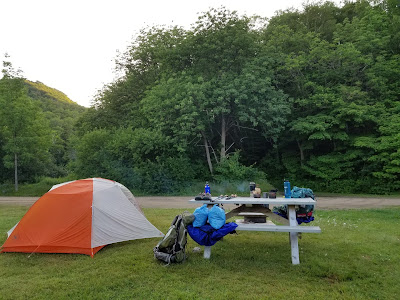 Surprisingly, when we woke up this morning we found everything heavily soaked with dew. Completely drenched in fact. We didn't have time to dry anything out before leaving, so we ended up packing a lot of water!

The drive down was very interesting, with Miranda sharing a lot of local history with us. Apparently Nova Scotia used to export wheat and flour, and the top of the plateau was cleared for farming. When WWII occurred the flour industry collapsed, because it relied on a supply of silk, which was used to sift the flour. Since all the silk was being used to make parachutes, wheat farming on Cape Breton died out. Another change that occurred after the war was that people started moving down off the plateau to where the roads were, because the culture shifted from one where you made what you needed, to one where you could buy what you wanted. Interesting connections. 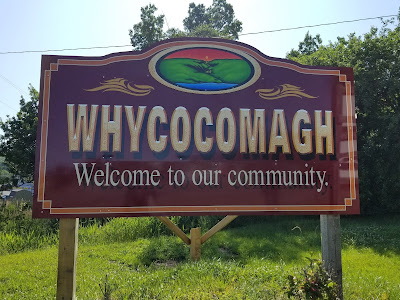 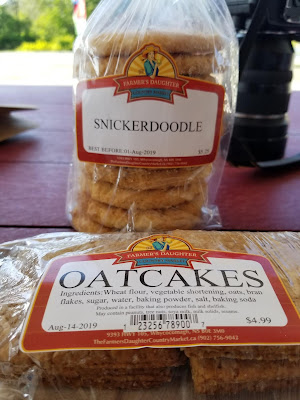 Miranda kindly dropped us off at the Farmer's Daughter Country Market in Whycocomagh. We stopped in for a coffee and some oat cakes, although the smells coming from the kitchen tempted us to keep munching. 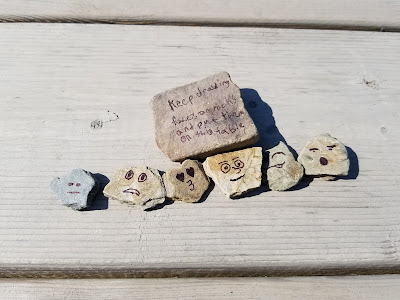 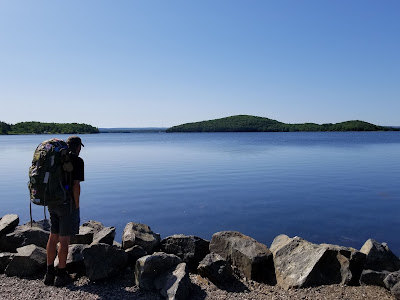 After our short break we began to walk the few kilometers to Whycocomagh Provincial Park. After two very long days, with our stuff soaking wet, our clothes badly in need of washing, and a pile of work to do, we decided to spend the day getting caught up and doing chores. 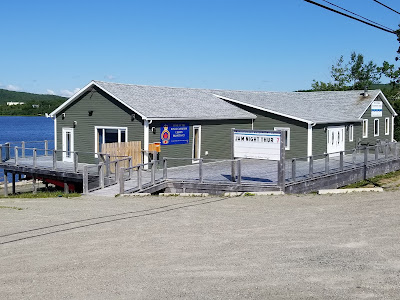 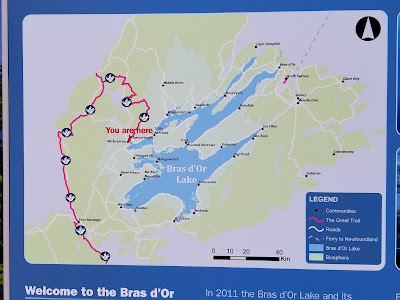 On the way we stopped to enjoy a view of the Bras d'Or Lake at a small park, and stopped at the Whycocomagh Visitor's Center, although it was closed.

It was a short walk to Whycocomagh Provincial Park, where we took the time to wash and dry our things and get caught up in our nice shady campsite for the rest of the afternoon.

As the sun sets on a brilliant show of colours behind the steep hills, which are dotted with lights from the houses in the falling dusk, we look forward to getting back on the trail in a new province.