Yesterday we spent catching up on the blogging, writing, posting, and emails we've been unable to keep on top of due to a lack of wifi connectivity in the mountainous western parts of Newfoundland.

Today we woke early and had a wonderful breakfast of omelettes, buttered toast, and coffee. Then we walked the final 2 km of the Great Trail in Newfoundland to the Marine Atlantic ferry terminal. As we suspected, walking on to the ferry was an interesting experience, but after ending up in the vehicle loading lanes, we were set straight by a very friendly ferry employee, and soon found ourselves inside the terminal. 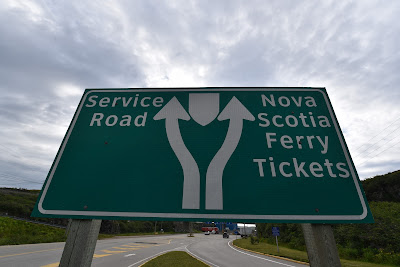 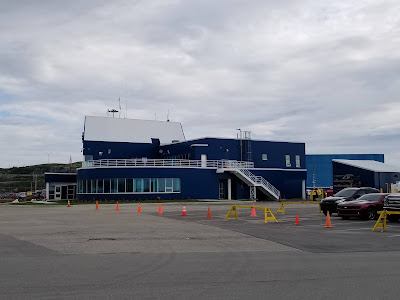 Compared to the BC ferry terminals, which we are more familiar with, the Port-aux-Basques terminal was very advanced. The cars were screened for plant matter and soil, and all passengers went through a security scan. The terminal itself had a well equipped gift shop, a large restaurant, and a nice waiting area. 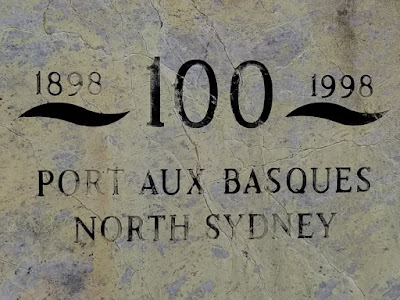 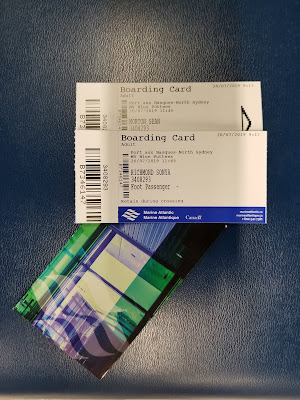 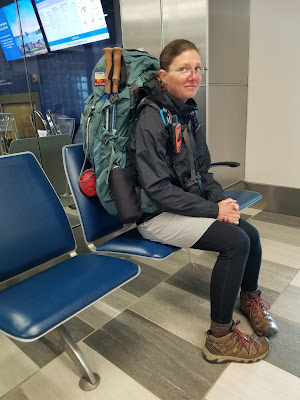 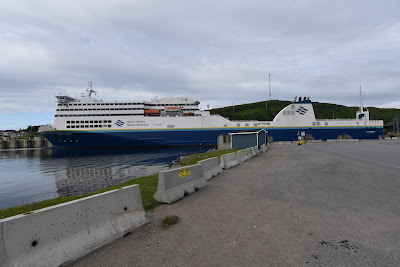 When it came time to board, the walk-on passengers were driven onto the ferry in a shuttle bus. When we took the elevator to the passenger decks, we really got a surprise. There was a very fancy bar at the front of the ship, a large dining room at the back, a snack bar, and a section with reserved seating that consisted of reclining leather seats. Even the non-reservable seats were comfy. Then there were the berths - complete with beds, a toilet, sink, and shower! Luxury indeed! 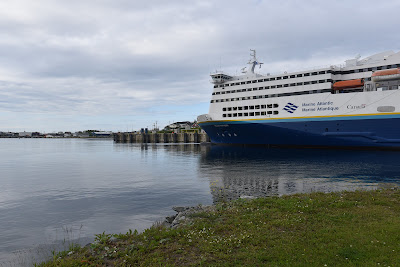 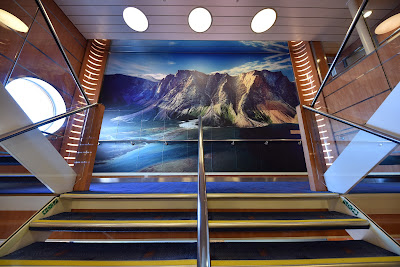 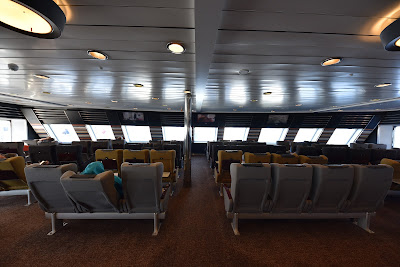 One thing we noticed as we explored the ship was that it was well equipped to withstand some really severe weather. The life boats were enclosed and very heavy duty, there was a helicopter pad in the middle of the ship, the doors and furniture were extremely heavy, and the vehicles seemed to be secured by small barriers. 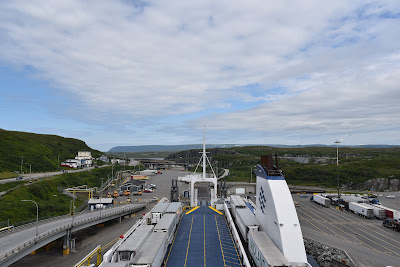 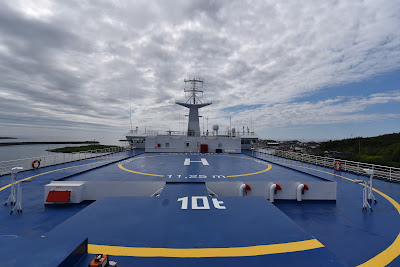 We stood in the warm sun on the upper deck and watched as the bridge was pulled up and tucked into the back of the ship. Then the ferry began to pull out into perfectly calm seas, giving us fantastic views of the town of Port-aux-Basques, with its impressive maritime cathedral. Just as we were pulling through the narrow harbour entrance, a whale surfaced a few meters off the side of the ship! 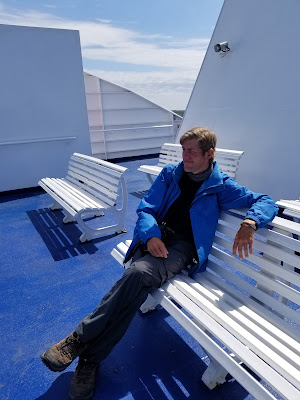 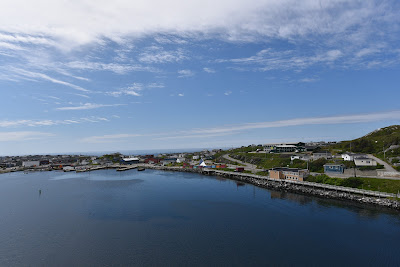 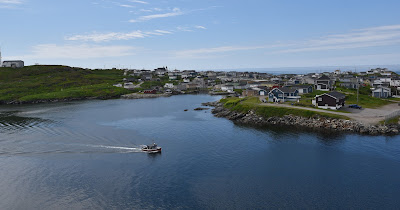 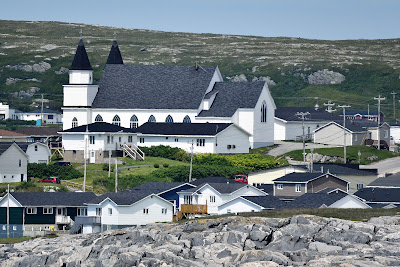 As we pulled out to sea for the 7 hour crossing, we saw lots of gulls, Northern Gannets, and Double-crested Cormorants. We also enjoyed the sight of several colourful fishing boats as we rapidly left Newfoundland behind. 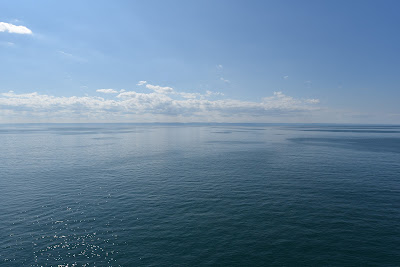 We were amazed to see land out the window about two hours before the ship docked in North Sydney. The coast of Cape Breton seemed to rise out of the sea, with shear, towering cliffs and a long folded coastline that appeared as layers through the mist. As we approached the coastline we could make out wind turbines, lighthouses, and coastal communities. 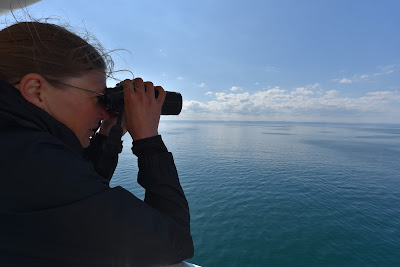 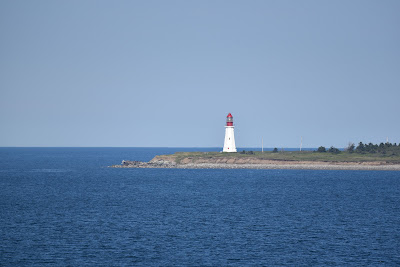 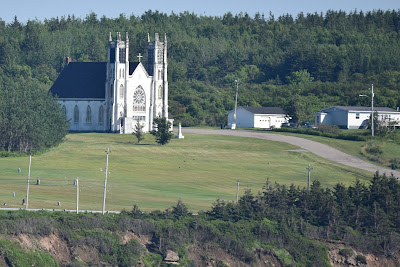 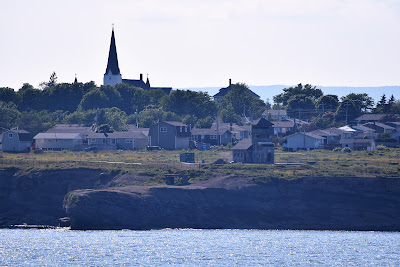 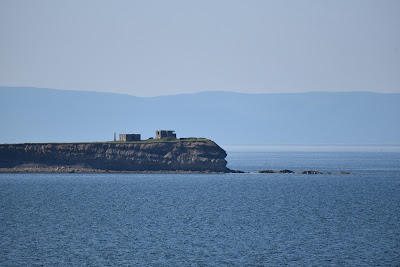 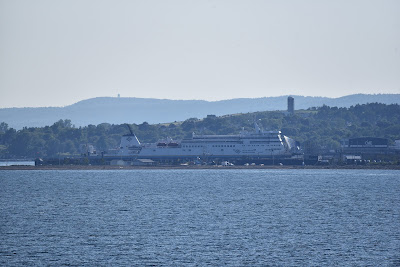 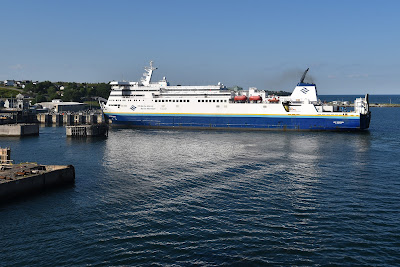 As we docked we noticed a colony of Double-crested Cormorants nesting on the pilings alongside the pier. Some of the nests had babies!

After disembarking we stopped at Tim Hortons for a cold drink, and to get our bearings. Then we began a new adventure. There is a small section of the Great Trail in North Sydney that stretches along the waterfront. We set out along this 2 km pathway, with a specific goal in mind - we were Treasure Hunting! The Great Trail has deployed 200 treasure boxes across the country, and if you find one and submit the redemption code, your name is entered to win a prize. 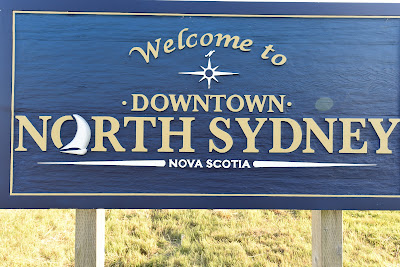 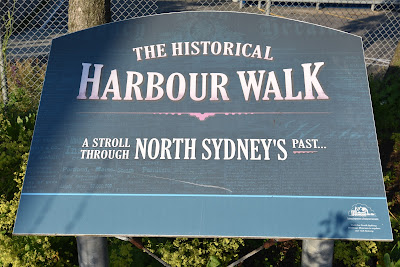 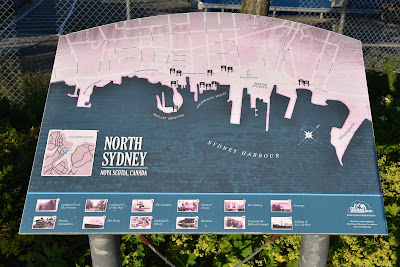 It was a beautiful walk along the waterfront. We had stunning views of a marina filled with colourful boats, many of which were reflected in the calm water. We passed beautiful homes, and enjoyed watching a group of Common Terns fishing as a Great Blue Heron flew majestically past. It was peaceful and beautiful, and best of all, we successfully located the treasure at the end of our walk! 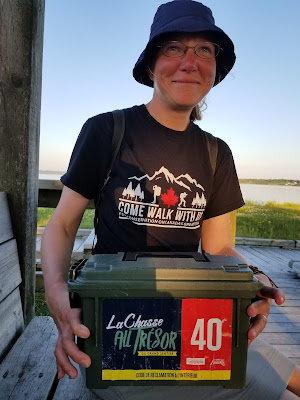 It was a long day, but we feel that our hike across Nova Scotia is off to a very promising start! 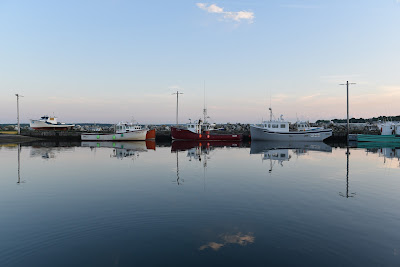 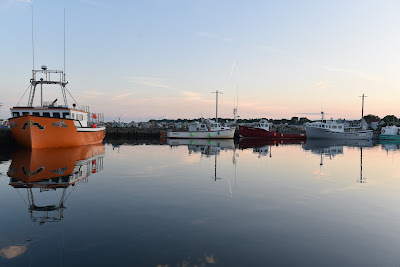 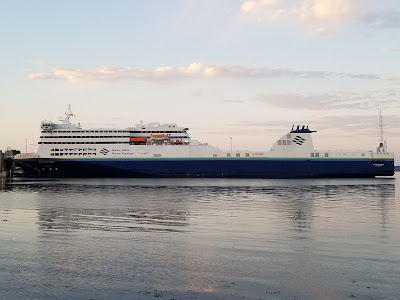