As we walked from Doyles to St. Andrews along the Great Trail, we followed the southern edge of the Codroy Valley Important Bird Area. This IBA is bordered on all sides by roads, and consists of a large triangular parcel of land between the Little Codroy River, the Grand Codroy River, and the Trans Canada Highway. 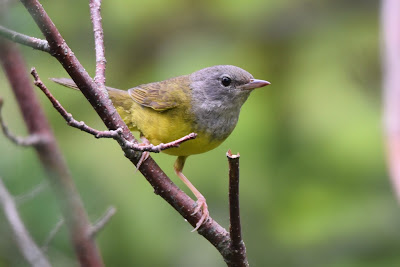 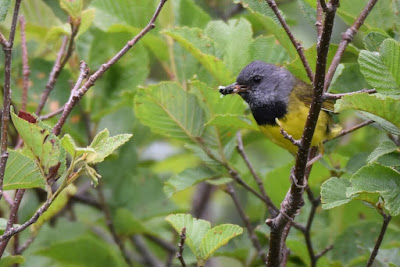 This area has been designated as an IBA because of the high diversity of forest birds it supports. The forest in this region is composed primarily of balsam fir mixed with yellow birch and mountain maple thickets, with some black spruce in poorly drained areas. 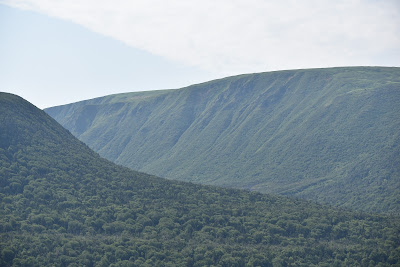 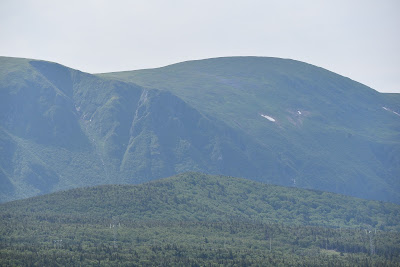 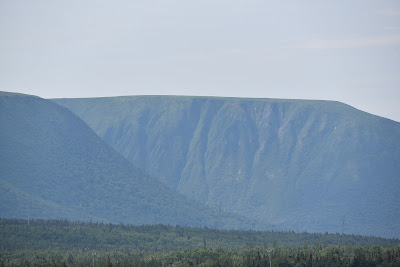 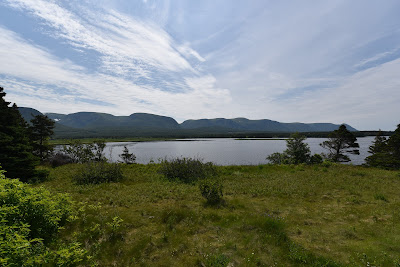 Two restricted-range sub-species, the Red Crossbill and the Ovenbird, can be found in the Codroy Valley IBA. Other birds species that are uncommon on other parts of the island but can be seen here include the Ruby-throated Hummingbird, Gray Catbird, Red-eyed Vireo, Rose-breasted Grosbeak and Bobolink. Magnolia, Black-throated Green, Bay-breasted, Cape May and Blackburnian warblers.

Although agriculture is not prevalent on Newfoundland, and it is becoming less economical each year, there is still some in this area, which potentially could encroach on the IBA. Illegal harvesting of firewood for private use could also be a problem in this area. 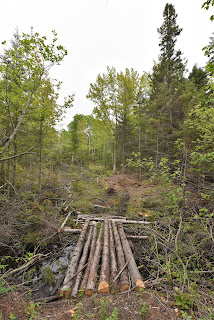 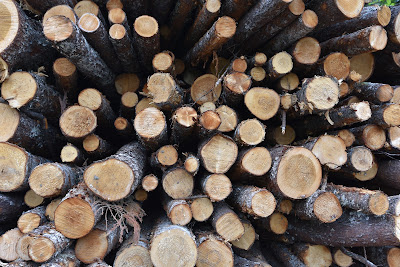 During our hike through the edge of this IBA we saw quite a few Warblers, sparrows, and finches. Some highlights included a Norther Harrrier that swooped low over the trail, several Cedar Waxwings, Black-throated Green Warblers, and a pair of Mourning Warblers feeding their young at the trail's edge. 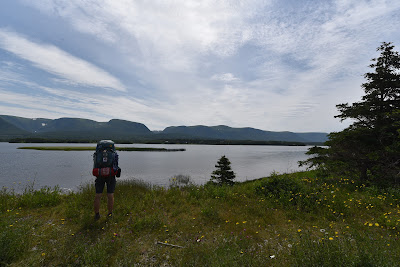 Apart from fantastic birding, the forested lakes and rivers, with steep, towering, snow capped green mountains in the background provide stunning scenery. It is a great place to visit, hike, and explore.
Posted by Sonya and Sean at 8:28 PM