The final IBA we will get a chance to visit in Newfoundland is located in the southwestern corner of the province near the community of Channel Port-aux-Basque. 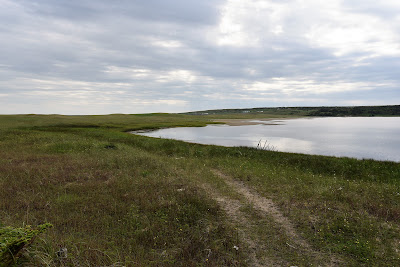 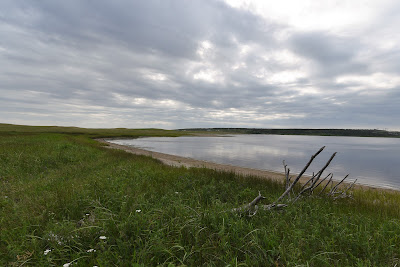 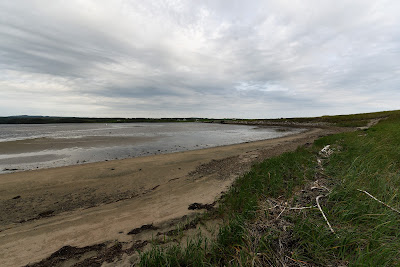 It includes the lands of Cheeseman Provincial Park, the Grand Bay West beaches and provincial coastline most of which is best described as a series of narrow, rocky and beach covered spits of land through which the local T'Railway / Great Trail / Quad Trail traverses. 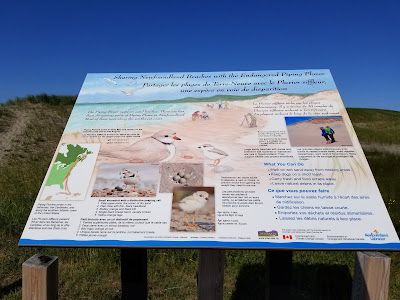 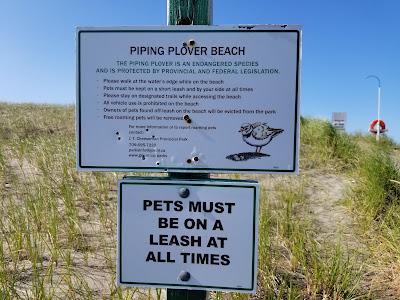 This location is heavily used by local residents as well as visitors to the province who explore the regional beaches or who use it for transportation.   In general it is a popular tourist stretch and is often used by walkers, beach goers, swimmers, picnickers, and Quad / ATV users which makes protecting this area and helping Plovers difficult.   Indeed even as we visited the region and looked for Plovers we observed ATV drivers racing around barriers onto the beach and motorcycle drivers set up wooden beams against the sand dunes to jump over them and land on the beach.  Throughout the area various signage and attempts have clearly been made by authorities to encourage people to respect and protect the local Plover populations, however even these signs show evidence of being defaced and destroyed. 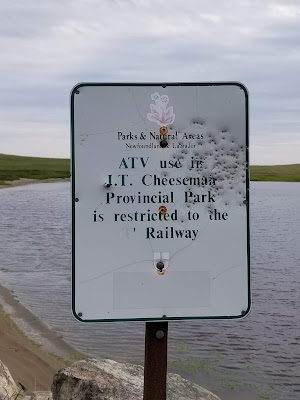 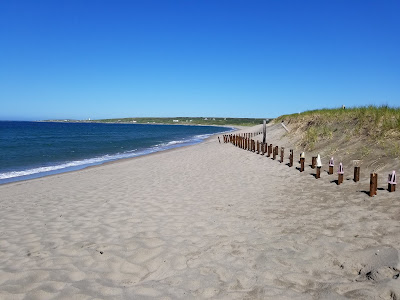 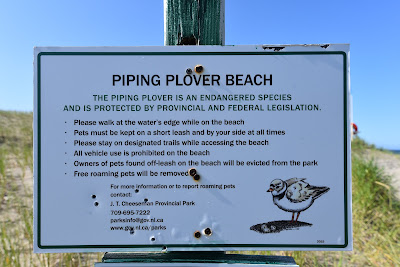 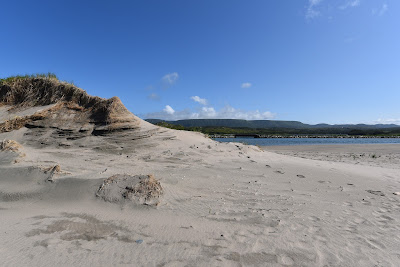 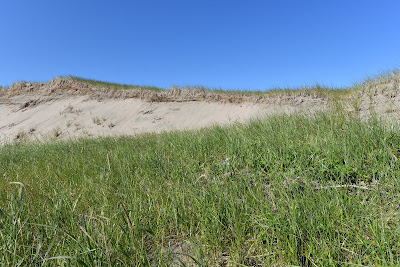 Given the beaches of the area and its location, the region is a nesting habitat for the endangered Piping Plover and a site where on average 17 adults are seen annually.

Region is not protected, and reflects the challenges of balancing tourism, recreation, and conservation.