Today began with torrential rain. A lot of torrential rain. Enough to wash the sand and gravel out of the parking lot and into the harbour in Sydney. We were thankful to be inside, and enjoy a good breakfast, before sitting and working on modifying our presentation. We are again about to step off the trail for a few days to visit one of Canada's National Parks, and give a presentation for the campers there. The Cape Breton Highlands National Park is also home to four Important Bird Areas. 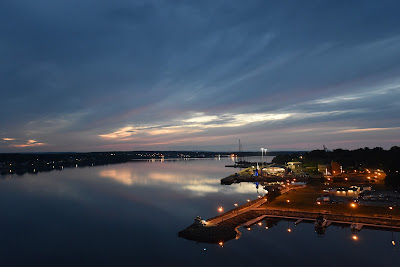 After a few hours of work on the computer, and the unhappy realization that we had a lot more work to do than we originally thought, we set off for Baddeck. Between North Sydney and Whycocomagh the Great Trail is a waterway, and since we are a few weeks behind where we planned to be, we decided not to walk the concessions around this section, but to get a drive. We are very fortunate to have been offered a ride up to the National park from Baddeck, so we will stop to explore up there and give two presentations encouraging people to connect to nature through birding. 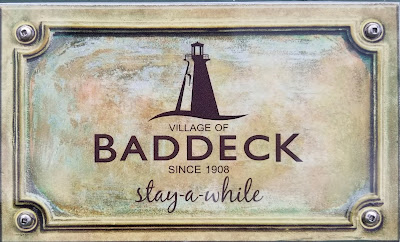 When we arrived in Baddeck it was still pouring hard, so we had a coffee and cranberry scone and sat under the awning of the Bean There Cafe for a few hours. This is a fantastic little locally owned and operated cafe, with homemade lunches and baked goods. 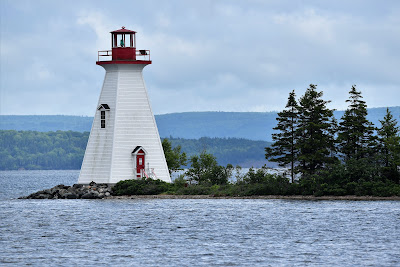 When the rain stopped we went down to the harbour, which was filled with sailboats and yachts, and had a picturesque lighthouse at the entrance. The town and harbour were lined with tiny cafes, restaurants, art galleries, and craft shops. We have really been enjoying the creativity of Nova Scotia over the past few days, and Baddeck had a lot to offer. 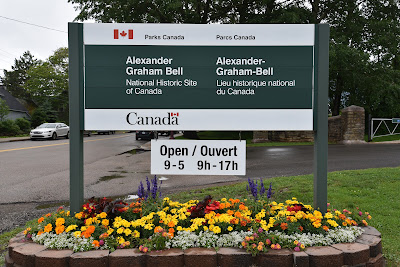 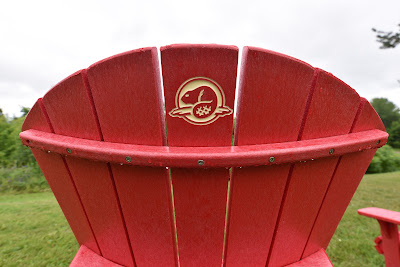 After exploring the town we walked up to visit the Alexander Graham Bell National Historic Site. The exhibits in this place tell the story not only of Alexander Bell's invention of the telephone, but of his many other experiments and accomplishments as well. His work with sound transmission included extensive work with the deaf community and the invention of a visible alphabet, he also worked with solar electricity and was instrumental in making Canada's and the British Empire's first manned flight a reality in 1909. The museum tells the story of his personal life as well, painting a picture of a charismatic inventor and explorer with a great respect and love of children. I also had no idea that Dr. Bell lived and taught in Boston for a while, as well as Washington D.C., Brantford, Ont. as well as Baddeck, NS. 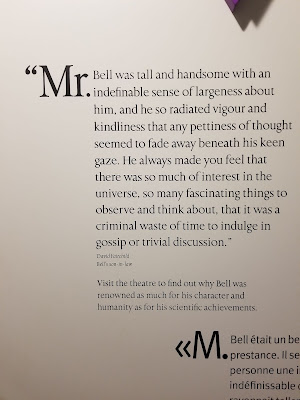 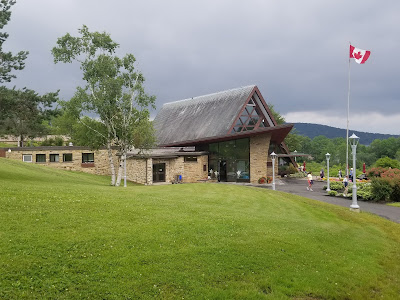 The museum is located in a beautiful building and grounds with a panoramic view over the harbour and lighthouse in Baddeck. It is a great place to visit if you ever have the chance! 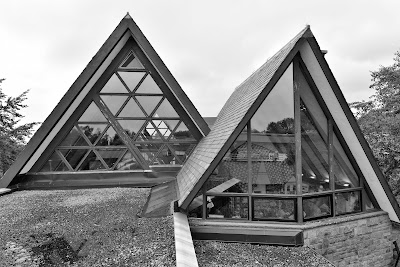 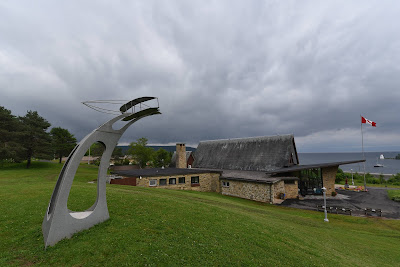 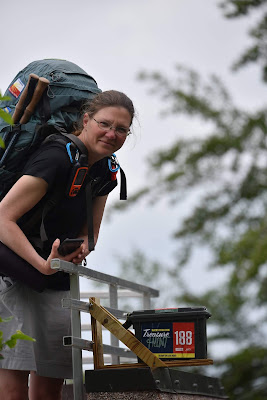 While we were there we also took the opportunity to find Box 188 in the Great Trail Treasure Hunt. This was much harder than it should have been, considering the box's location right out in the open. It was a lot of fun nonetheless.


We were picked up by a lovely lady from Parks Canada around 5 PM. Her two boys were in the car, and she stopped to pick up another passenger on the way as well, so it was a lively ride. It was also very beautiful, and to our delight she took us over a small cable operated ferry!


The road was steep and winding, and although the views were partially hidden by fog, they were stunning. The steep forested hills, deep ravines, and rushing rivers that plunged down into the sea far below were dramatic and mysterious. The weathered grey wood houses that dotted the landscape were also extremely beautiful. On the way we also saw two foxes!

We stopped at the Visitor's Center on the way in to the park, and then drove to the Broad Cove campground, where we have a complimentary campsite for two nights. The campground was really full, and even at the end of a long day Kersti went out of her way to make sure we had a nice site that was flat and had good privacy, which we really appreciated.

After setting up and making dinner we attended a talk on bats by one of the park interpreters. It was very interesting and well attended by kids, many of whom seemed very knowledgeable about bats, and had lots of questions. 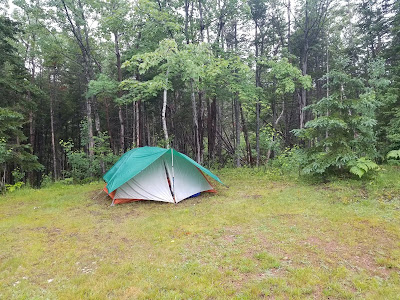 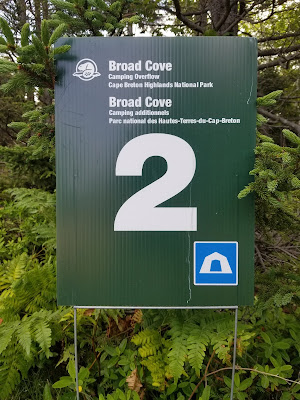 As we fall asleep we can hear the sound of the waves crashing on the beach, above a gentle rain. We once again find ourselves in a stunningly beautiful spot.